Wagner
Tristan und Isolde – Handlung in three acts to a libretto by the composer after the verse romance Tristan by Gottfried von Straßburg [concert performance; sung in German]

Stealing in with chronological correctness into the continuing drama of the Proms Ring cycle, this exceptional account of Tristan und Isolde – Wagner’s hymn to desire, darkness and death – stripped to the bone his acute dissection of the story’s turmoil of motive, concealment, repression and inevitable eruption.

This was theatre of the mind that, under Semyon Bychkov’s inspired conducting, achieved a Beckett-like depth of human and archetypal expression. With uncanny perception, Bychkov completely had the measure of the drama’s opposing realities, of ‘real time’ pulling against the lovers’ time-arresting yearnings. Moments such as the imminent arrival of King Mark at the end of Act One, Kurwenal’s increasing despair over the wounded Tristan in Act Three and, most powerfully, the moral shock of Mark’s betrayal in Act Two, crackled with rare tension against the lovers’ increasing detachment from the world. 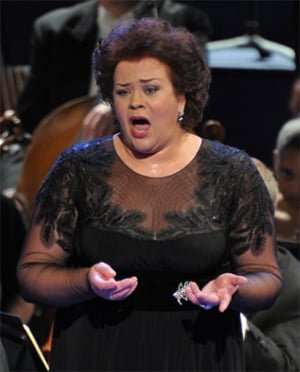 Violeta Urmana didn’t always have the fullness of tone and reach at the top of her voice for Isolde’s incandescent outbursts – the moment the all-important light is extinguished just before the love-duet didn’t pulverise you with annihilating carnality – but she was compelling in laying bare the absorbing complexities of Isolde’s character, with a range of expression and colour that penetrated deep into the bitterness and irony of her Act One monologues and into a marvellously abandoned ‘Liebestod’. An imposing figure, dressed in black, Urmana gave us an Isolde as a queen of the night to be reckoned with. 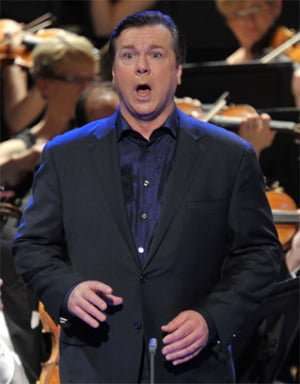 Robert Dean Smith as Tristan (replacing Peter Seiffert at short notice) was similarly strong in the interior music, enhanced by a limited but effective repertoire of hand gestures, touchingly expressive as the love-potion worked its magic, and an ardent lover in Act Two. In the final Act he coped heroically with Wagner’s superhuman demands; but while it didn’t succumb to Helden-bleat, the top of his range lost much of its volume. For all that, he pushed the boundaries of Tristan’s delirium with disarming, though carefully husbanded, conviction, and you felt that both singers were inside both the music and the words. Bychkov took pains to keep the BBC Symphony Orchestra on a short leash in Act Two, to give the lovers as much exposure as possible, although, in this most orchestral of operas, he gave the players their head in Act Three. 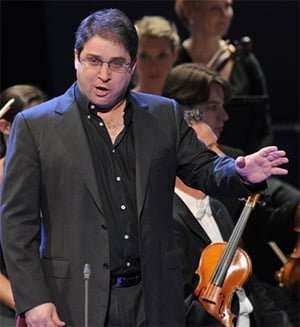 The smaller roles were all impressive – a spellbinding, intense Brangäne from Mihoko Fujimura (replacing Sophie Koch), incisive in Act One and sublime in the ‘Habet Acht’ of the second Act, the long lines floating seraphically down from the organ loft; a robust, sympathetic and powerfully sung Kurwenal from Boaz Daniel, who was wonderful in conveying the character’s tenderness in Act Three; an unforgettable King Mark from Kwangchul Youn, whose beautifully paced monologue defined the enormity of the lover’s overturning of the moral order; a haunting Young Sailor from Andrew Staples, sung as a disembodied presence from the Gallery; a forthright Steersman from Edward Price; and a Melot from David Wilson-Johnson of visceral rawness. The men’s chorus – big enough to crew an entire medieval fleet – produced an impressive blast of sound with chamber-like precision.

It was Bychkov and the BBCSO who defined the experience. His conducting combined a sure sense of pace and discreet pressure with a superbly controlled volatility that you felt deepened your relationship with the music’s acutely realised psychology. It was both magisterial and fiercely personal – as though the obsession-inducing score was being played just for you. The BBCSO, very thoroughly prepared – and fielding eloquent off-stage cor anglais solos and a trenchant brass band for the conclusion of Act One – played with a delicacy and power that will stay with me for a long time. Despite the unseemly rush by some to applaud at the opera’s very end, destroying any afterglow, this performance was something very special.