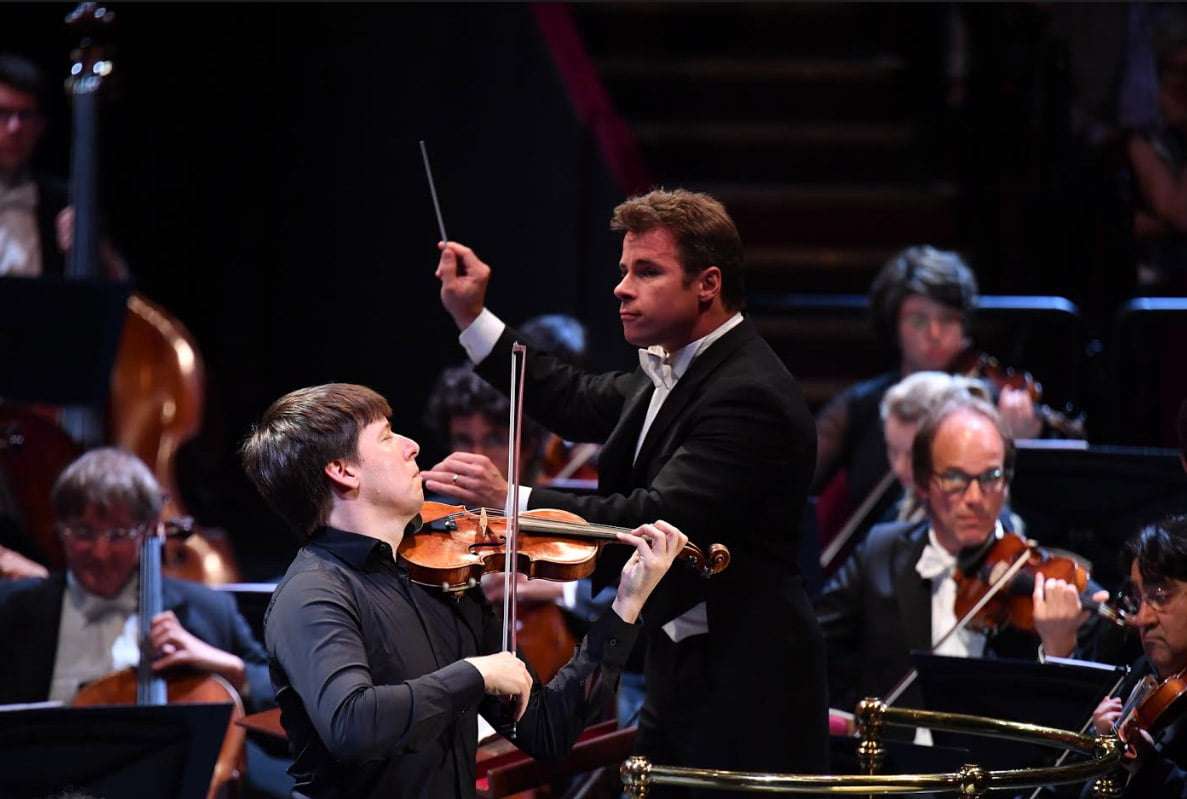 This was a Prom of two halves – possibly of many smaller parts if one counts clapping between most movements of Má vlast. It is a brave promoter that starts a concert with a Concerto. Orchestras need time to settle in: an Overture? Perhaps that from The Bartered Bride (to keep this a Czech affair)? The Bamberg Symphony, also known, since 1993, as the Bavarian State Philharmonic, certainly needed such time – two movements of Dvořák’s Violin Concerto to be precise. The dots were played fair enough though on occasion the dots didn’t quite line up with those of the toe-tapping Joshua Bell. It felt like the orchestra and soloist were each playing their own piece, heads in the music (Bell played from copy), Jakub Hrůša hopelessly trying to steer the two.

Come the Finale, the orchestra woke up. Sprightly woodwind and nimble-fingered string-players led the Concerto to its riotous close – a visually dramatic ‘full-stop’ coming just before the coda as soloist and conductor turned to each other, arms wide apart, looking into each other’s eyes wondering who would blink first.

The first of three encores this evening saw Bell introduce his “friends” from the orchestra – Bart Vandenbogaerde (concertmaster) and Lois Landsverk (principal viola) – for the ‘Cavatina’ from Dvořák’s Four Miniatures (Opus 75a). In a less than enjoyable experience, Bell had his back to the other two putting this a long way from the chamber music the composer intended. 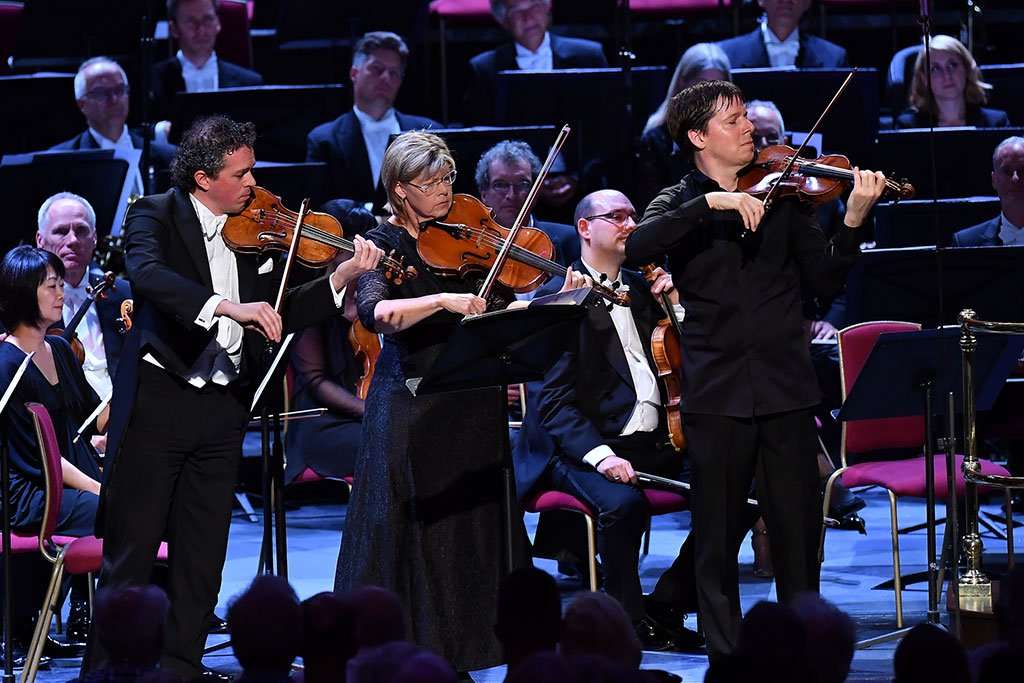 Twenty minutes later we were set to hear what may well be the highlight of this year’s season. While Má vlast (My Country) is nowadays generally presented as a complete, six-movement, work, Smetana conceived the first four and then added the final two, both premiered at the same concert and, as the last (‘Blaník’) starts where the previous piece (‘Tábor’) ends, it is clear these two should be performed together.

The playing was extraordinarily well-balanced throughout. Hrůša, conducting from memory, has spent a lot of time working to not only create the sound that he wants to hear but also to ensure technically difficult passages are tossed off with aplomb.

The bubbling waters of the ‘Vltava’ had the flutes effortlessly tripping over the fast-moving scale passages and, though the tempo slowed slightly when the main string theme entered, the music ebbed and flowed like the river it was set to depict. A masterclass in how to play this most-familiar of the six tone-poems.

‘Šárka’ portrays not only a wild and rugged landscape but also, the composer wrote, “to tell the story of a young woman who swears to take vengeance on the entire male sex, motivated by anger at her unfaithful lover.” This is film music before celluloid and was here given an excitingly charged performance. ‘From Bohemia’s Woods and Fields’ opens with a technically demanding and exposed fugue for strings that has many an orchestra struggling. Not so here as the players took it in their stride.

The final two movements are the trickiest to interpret. They are episodic and lack the melodic charm of the earlier pieces. Despite this, we were given an accomplished reading with a rousing return to the ‘Vyšehrad’ theme, heard at the start, to bring the evening to a mighty close … almost.

After eighty minutes of music, Hrůša returned to conduct two dances from Smetana’s Bartered Bride: ‘Polka’ and ‘Furiant’. The musicians were understandably exhausted and so this anticlimactic extra was unnecessary. A concert of two halves this certainly was, the second so much longer and so much more memorable than the first … let’s dwell on that for a moment.