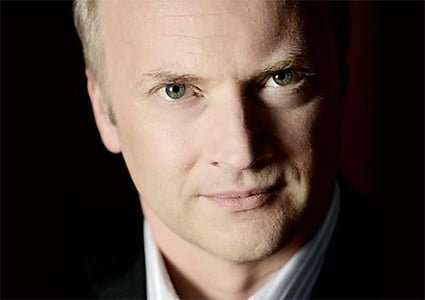 An approximation of the gaudy savagery of ancient Russia was the starting point for the BBC Philharmonic’s Prom with its Conductor Laureate Gianandrea Noseda, and I’d be impressed if a Russian orchestra could have fielded such an explosive range of colour and attack. In the Prince Igor Overture (assembled by Glazunov after Borodin‘s death, following the composer’s intentions), there’s a horn solo which managed to recreate that suave, saxophone-like Russian sound, familiar from many an old Melodiya recording, and there was a wonderful sheen and depth to the terraced string sound. The Polovtsian Dances extended the Technicolor brilliance, from the seamlessly phrased oboe melody in the gliding maidens’ dance to the spectacular leaps built into the brawny ‘general’ equivalent, enough to bring the Ballets Russes back from the dead, and on to a sizzling, orgiastic finale. Even without the optional chorus, it was quite something. 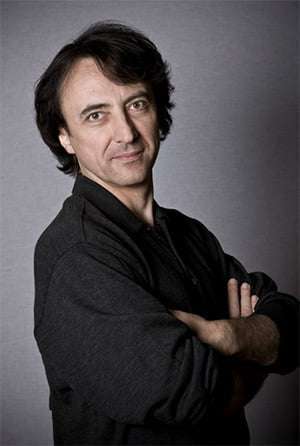 My admiration for Jean-Efflam Bavouzet’s pianism is boundless, but his playing in the phenomenally demanding Prokofiev Second Piano Concerto confounded the already high expectations. He was sensational, with Noseda and the BBC Phil every bit as responsive and risk-taking in music that veers with psychotic insouciance from nineteenth-century Russian grandeur to mechanistic Communist pomp. It’s a marvellous work, and Bavouzet was assured in its acid wit, beleaguered moments of lyricism and barnstorming heroics. I was poleaxed by the colossal sound and wrong-note accuracy he produced in the rhapsodic first-movement cadenza. The sheer élan of his technique would have been enough to sustain the performance, but he and Noseda also dug into the music’s character. In the third movement, a ripe slice of Soviet brutalism, Bavouzet’s mimicry of the orchestra was wicked and brilliant, and it made you realise the mercurial ease with which the music’s lead passes to and fro between soloist and conductor.

Edward Cowie had his first Proms commission in 1975, with the large-scale Leviathan. Nearly 40 years on, in his 70th-birthday year (August 17), came the premiere The Great Barrier Reef, the first in his Earth Music series of pieces inspired by fragile nature, wild, remote and beautiful. Plans for further pieces involve journeys for this much-travelled polymath to the Arctic and the Ngorongoro Crater in Tanzania. Composer, painter, scientist and environmentalist, Cowie approaches composing through physics and art – his website displays his distinctive pre-composing drawings and paintings – a sort of synaesthesia in reverse. A sunrise, lazy shoals of fish, a manta ray and predatory barracuda all figure in this ten-minute piece, but Cowie’s music is beyond being a soundtrack to imagined visuals – it describes through music life in the Barrier Reef waters. The music grabs you with its recreation of ceaseless activity, opening with a stark burst of energy from the rising sun, and catching the random logic of the natural world. The way he closes the piece was impressive, suggesting life going on but with no one to witness it. Cowie is blessed with as fine an ear as an eye, with his demands for timbre and aural colour expertly reproduced by the orchestra.

Noseda then put Tchaikovsky’s ‘Little Russian’ Symphony (as revised) through a serious workout, driving the music to be as startling as possible. It’s a work that can overplay folksy charm, but Noseda set that against some strenuously played Teutonic counterpoint. Even under as charismatic a conductor as Noseda, the symphony’s dips into academicism, folk-art and Russian romanticism (the opening of the finale bears a striking resemblance to the 1812 Overture) will never be reconciled. All the same, it was a thrilling, if at times relentless, ride, magnificently played, and Noseda’s incandescent energy in the finale almost made me forget that its dominating Ukrainian folksong, ‘The Crane’, which hardly draws breath, is one of the most annoying tunes ever.

In the Composer Portrait before the main concert, Andrew McGregor interviewed Edward Cowie who introduced four short works of his. The composer eloquently described his love for the natural world and said that he is more interested in realising in music what natural phenomena do rather than what they are, and drew parallels between painters such as Turner, Klee and Kandinsky and his own way into sound. Once I’d been told that Blues Blue (Blue Blues on Cowie’s website), for solo marimba, was inspired by the colours and prodigious wild life of Lake Eacham in Queensland, the music made sense, played with close attention to dynamics and sound by Delia Stevens. Just as satisfying was the first movement of his Sixth String Quartet, which in the Zelkova Quartet’s assured playing effortlessly caught the impetuous motion of the wind blowing leaves, the music abruptly solidifying then just as suddenly being released. As in the Barrier Reef piece, it suggested the inscrutable logic behind natural processes, a development capped by a lyrical cello solo near the end. The three Two-Part Inventions (from 15), played with panache by Leanne Cody, were pleasingly abstract, and Badlands Gold, for tuba and piano, took delight in its visual juxtaposing of timbre and texture. To mark his imminent ‘three score years and ten’ birthday, Signum is issuing a recording of the BBC Singers performing Cowie’s Gesangbuch.