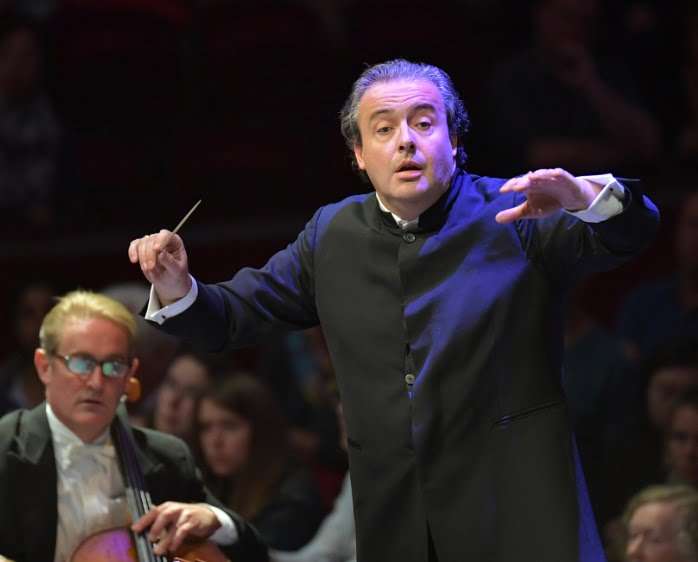 For the last of its six Proms this season, the BBC Philharmonic, here with Chief Conductor Juanjo Mena, opened with Mark Simpson’s Israfel (first heard in Glasgow in April 2015), inspired by Edgar Allan Poe’s poem in praise of the Koranic angel Israfel, “who has the sweetest voice of all God’s creatures.” Liverpool-born Simpson – his most recent success is his opera Pleasure, set in a gay nightclub – has the enviable ability to muster musical gestures to transform the rhapsodic outpourings of Poe’s verse, although fortunately he doesn’t aspire to the queasy eroticism of some of the art produced to illustrate the 1831 poem.

The brilliant orchestration is full of glittering effects, there are Mantovani-like cascades of string textures, there’s a big percussion section that doesn’t overwhelm everything, and he fields a couple of audacious, Technicolor tunes that do justice to his vision of the music-generating angel. Mark Simpson has a huge and unabashed talent.

A more refined poetry – Baudelaire’s – is behind Henri Dutilleux’s 1970 cello concerto Tout un monde lointain…, and Mena and the BBC Philharmonic had no problems adjusting to the composer’s carefully crafted palette. A literal translation of the title, ‘A complete, remote world…’, doesn’t quite suggest the coexistence of parallel realities, but Johannes Moser certainly did in a performance marking out the concerto as one of the great cello works of the twentieth-century (written for Rostropovich). 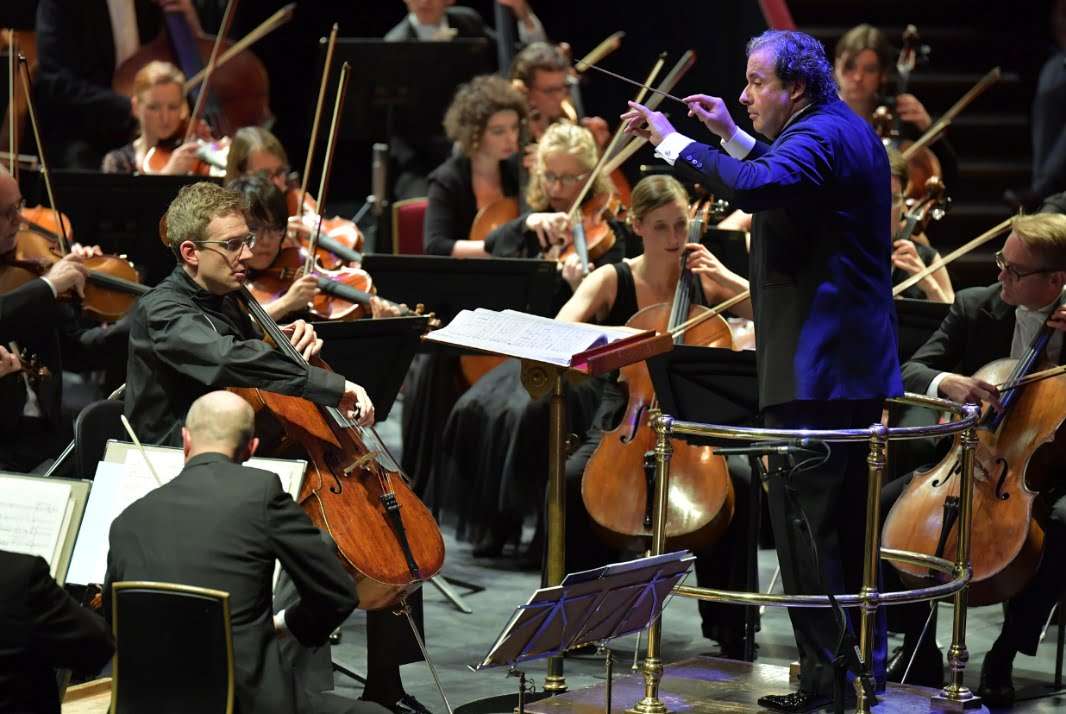 Moser’s feathering-in of the music’s disembodied contours, the muscularity of his control, a haunting purity of tone and time-suspending quiet playing, and an innate connection with Dutilleux’s spectral expression all thrived in his rapport with the orchestra, the hallucinatory whole brokered by the skill Mena deployed in achieving extremes of luminosity and focus from a score that rarely ventures into forte territory. It was, though, Moser’s surrender to the music’s insistent but understated sensuality and the way it complements the subtlety of Baudelaire’s poetry that clinched its mysterious synthesis.

Peter Maxwell Davies died in March, and the BBC Philharmonic, a crucial factor in Max’s musical development, added a tribute to him, touchingly introduced by Julian Gregory, a BBC Phil first-violinist. Sir Charles his Pavan was written in 1992 in memory of Sir Charles Groves, and in its short span expands into a benign portrait of the great English conductor and now, in turn, for Max himself.

In Bruckner and Schubert Symphonies, Mena has played down the music’s grandeur, but in such a way that renders structural and orchestral detail just as vital. In Elgar’s epic First Symphony, Mena took as many opportunities as he could to give a free rein to light textures and rhythmic mobility, but in general his speeds and timings were broadly in keeping with those of other conductors. 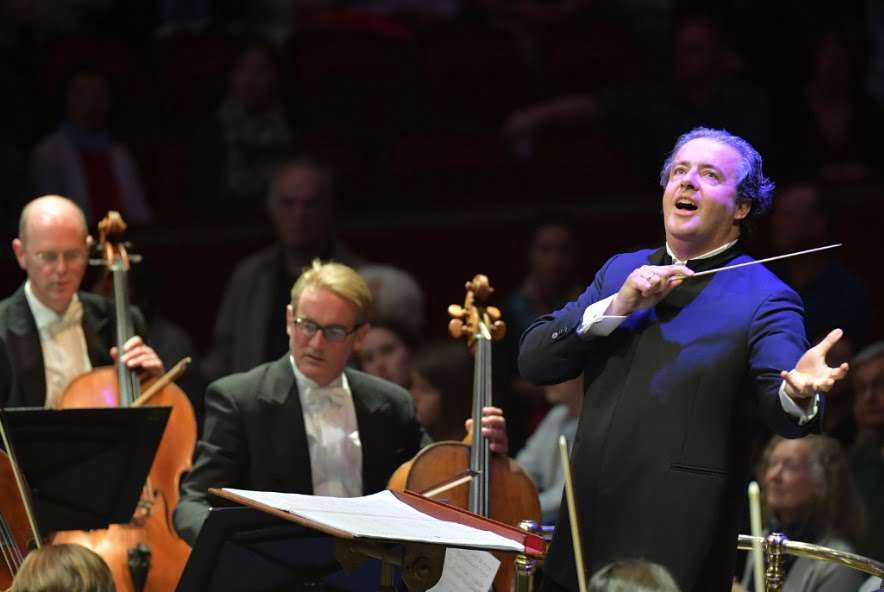 He could, however, have given himself a bit more license when it came to those tempo changes that naturally adapt to the flow and character of the music, and this gave the developments of the outer movements an emphatic rigour. The Symphony, though, is about the development of the motto theme, a process of musical psychology that haunts and permeates the whole work, and Mena and his players never lost touch with the idea that the motto is the “wide experience of human life” Elgar talked about in regard to the piece.

The playing, especially in the Scherzo and a notably withdrawn, Parsifal-tinged account of the Adagio with beautifully recessed brass-playing, confirmed the degree of rapport between conductor and orchestra. The re-emergence of the motto halfway through the Finale assumed, as it should, enormous significance, anticipating its glorious closing peroration.