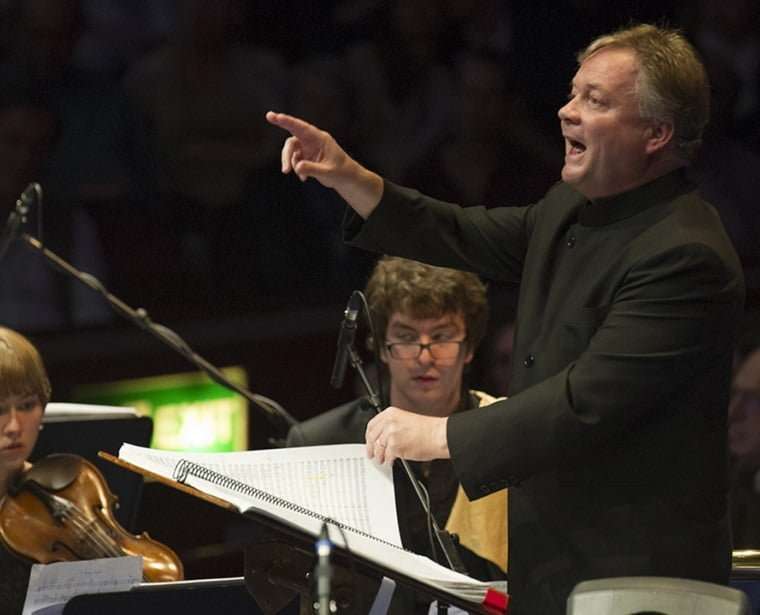 Fifty years after Steve Reich made a tape recording of Brother Walter preaching in Union Square, San Francisco, the resultant piece of phasing, It’s Gonna Rain, continues to have a startling effect. As the prophetic words rang out around the dimly lit Royal Albert Hall, some felt the rhythm as the three words took hold. Others looked pained while more found the curious state of trance, a kind of musical strobe light, that Steve Reich’s unofficial ‘opus one’ inhabits. Closer listening revealed early signs of scratch techniques taken up by rap and hip-hop groups from the 1980s onwards.

All playbacks of It’s Gonna Rain are made unique by the audience and venue, although on this occasion there was a bigger gap than normal between the first block of speech and the second, the break causing clapping from some in the late-night crowd who did not know that more was to come. The second part was the more chilling, for despite the frequent use of the word “Hallelujah” the preacher’s vocals become distorted in a whirlpool of noise, the listener sucked forward in a vortex of confusing sound in which the traffic of Union Square on that day in 1964 can still be heard. The Royal Albert Hall distorted and refracted the tape as only its acoustic can, the effect becoming disconcerting and drew uncomfortable parallels to the plight of the world today. 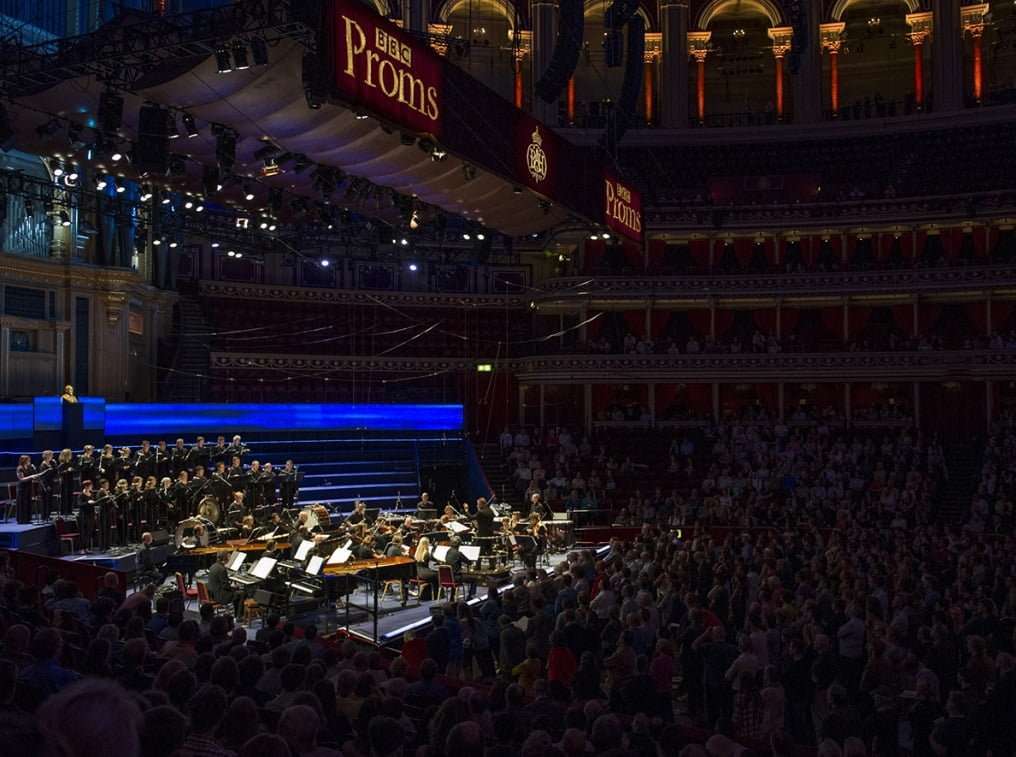 The Desert Music stresses the same parallels through Reich’s setting of words by William Carlos Williams, his response to the 1945 atomic bombings of Hiroshima and Nagasaki. The clear difference being here that in the course of seventeen years since It’s Gonna Rain, Reich had mastered writing for larger forces and bigger structures while retaining his highly original phasing.

This particular version of The Desert Music was a hybrid – not the orchestral version (which is, inexplicably, seldom heard) but a beefed-up chamber version, with the 24 voices of the BBC Singers. The proportions were about right, for singers and ensemble were largely well balanced, and only on occasion did the opulent textures compromise the purity of the words. Amplification was discreetly used, but the chirpy trio of flutes could still be heard applying an extra crispness to the rhythm of the strings. The instrumentalists, all soloists in their own right, included the rhythmically agile Clive Williamson, Adrian Sutcliffe, Sarah Nicolls and Noriko Ogawa on piano and keyboard duties, flitting between their instruments, while the seven percussionists operated a highly effective rota sequence, bolstered by two timpani. Momentum was keen – even the sections marked Moderate and Slow carrying keen kinetic energy – while the sonorous bass notes gave extra scope.

Each of the BBC Singers held their pitches admirably, particularly at each end of the piece when asked to ululate rapidly. However the lion’s share of the credit for this performance should go to David Hill, whose knowledge of and clear love for the score kept the chorus on the front foot, rhythmically tight and vocally expressive. The glissandos as the singers looped the words “It is a principle of music to repeat the theme, Repeat and repeat again, as the pace mounts” were particularly chilling.

Reich may have been responding to the horrors of the 1945 bombings, but The Desert Music remains a pertinent and powerful statement on the many conflicts that sadly remain in the world.