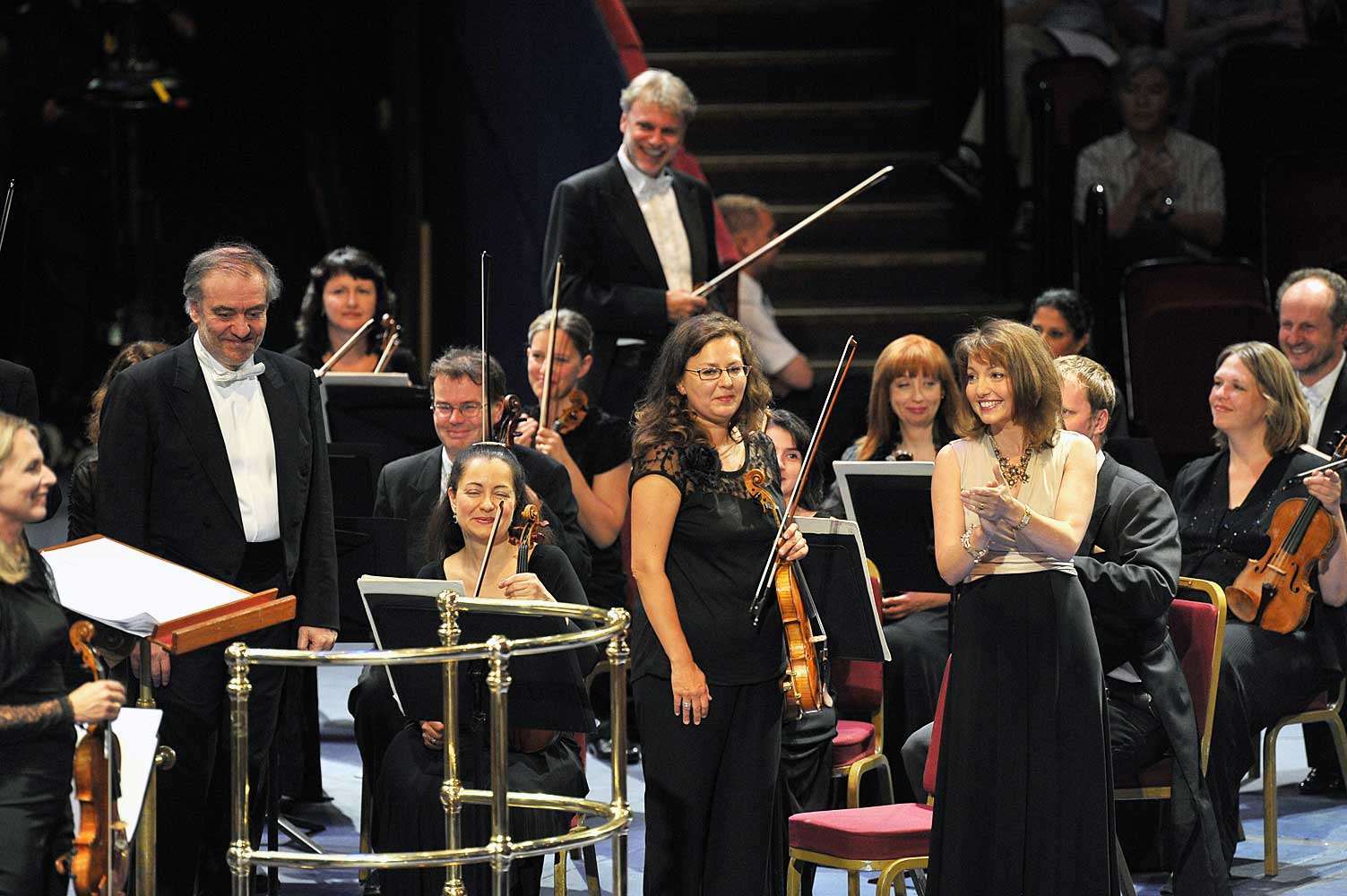 Seeing as Valery Gergiev is a well-known apologist for Vladimir Putin, satire seemed to die another death – calling to mind Tom Lehrer’s words on Henry Kissinger being awarded the Nobel Peace Prize in 1973 – in the conductor’s appearance with the World Orchestra for Peace so soon after the Malaysian Airlines disaster in Ukraine. Though the greater surprise was that it did not occur to anybody to protest.

To the extent that this did not happen would seem to be, rightly, an expression of approbation for the political and musical missions of the Orchestra. The first work – Roxanna Panufnik’s Three Paths to Peace (2008) – bears witness to the common forbear which the World’s three great monotheistic faiths share in Abraham. Panufnik achieves this by integrating Islamic and Ashkenazy Jewish musical elements, and Christian plainsong, in her exploration of the mystery of Abraham’s sacrifice of Isaac. Although the sense of narrative drive was very much present in Gergiev’s performance, the Orchestra was not quite unanimous in realising the microtone slides of the imitations of Islamic and Jewish prayers in the first and final sections respectively.

Richard Strauss formed a Symphonic Fantasy from Die Frau ohne Schatten in 1946, nearly thirty years after he completed the opera, apparently in an attempt to save it from neglect. In neither form has the work acquired an assured place in the repertoire, and of all Strauss’s operas, this is perhaps the least obvious one from which to have crafted such a musical distillation, since it does not really comprise any memorable melodies or clear set-pieces. It did not help that Gergiev tended to course though the score casually, without fully delineating its architecture, or articulating contrasting sections sufficiently. At the beginning the blooming out of the strings’ sound caught the Straussian idiom, but this soon gave way to something more bland; and powerful as the eventual climax was, it rather came out of nowhere. The sense of gaiety immediately thereafter was infectious, however. 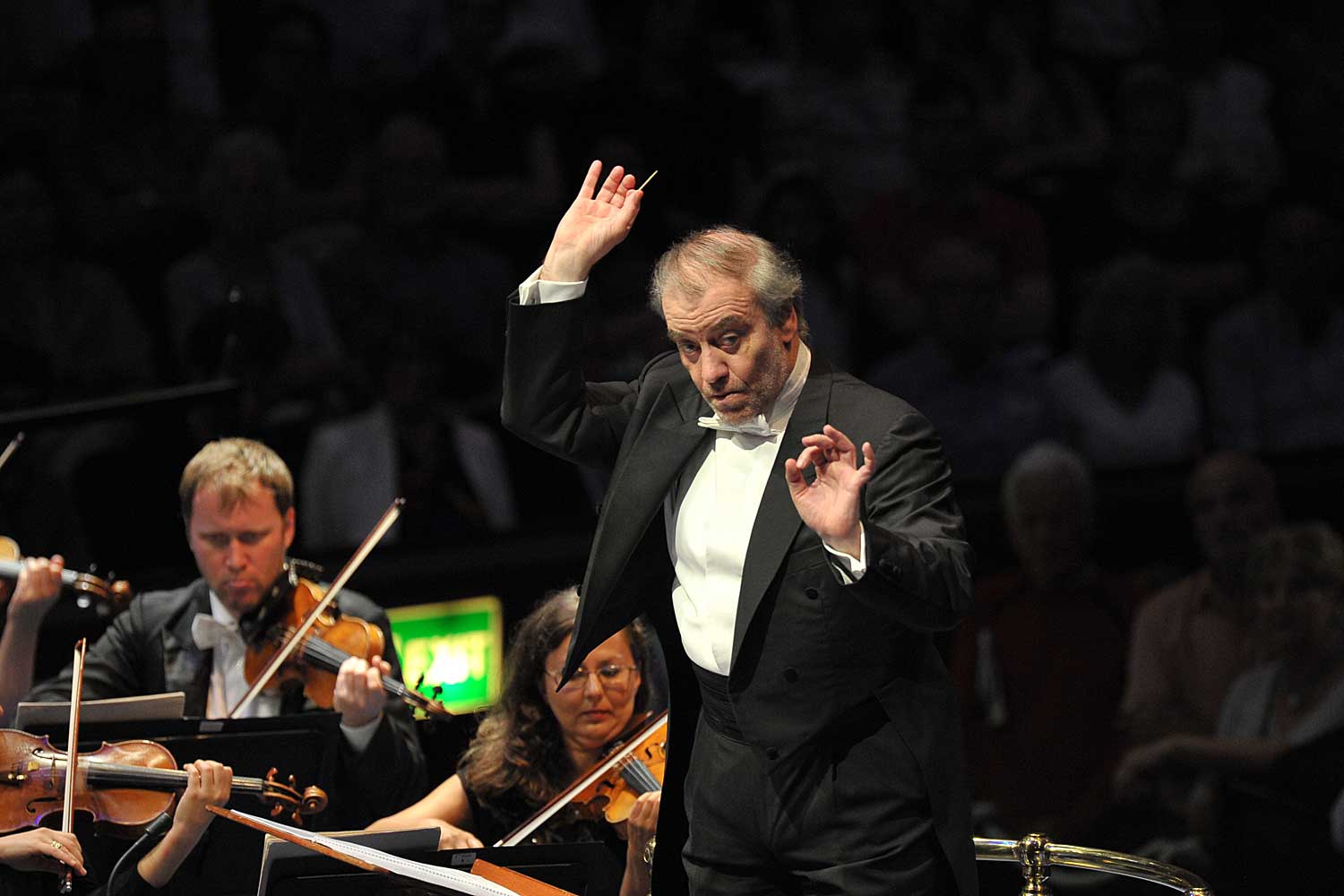 There was little to fault in the Orchestra’s execution of Mahler’s strident and uncompromising Symphony No.6 – the emphatic opening showed that the players meant business. But again it was a shame that Gergiev did not forge a tighter and more convincing structure to enable the Orchestra’s efforts to tell to greater coruscating effect, though the virtuosity was palpable. Very much to Gergiev’s credit, however, was the way in which, on each appearance of the chilling motif of an A major triad turning to the minor, that modulation was not blasted out in a vulgar fashion as is sometimes heard, but allowed to fade suddenly and hauntingly on the minor chord. Similar attention to detail in the broader organisation of the score would have made this a memorable interpretation.

Gergiev’s tendency to press on worked well in the Andante (here placed as the second movement), maintaining the Symphony’s prevailing mood of foreboding and anxiety, and creating some sweeping climaxes. The scherzo took up again where the first movement had left off, following on more or less directly from the Andante, and thankfully forestalling any premature applause from the audience. The trio brought some relief, but the finale took off peremptorily, straight after the scherzo, and summed up the range of experiences traversed during the whole Symphony – from jubilation to terror, through the whole orchestra including off-stage cowbells and two hammer strokes of fate. There was no doubt that there was tremendous concentration and stamina on the part of both musicians and conductor, resulting in considerable drama and intensity, most of all in the finale. But more consistency in these respects earlier would have made it a still more impressive experience.