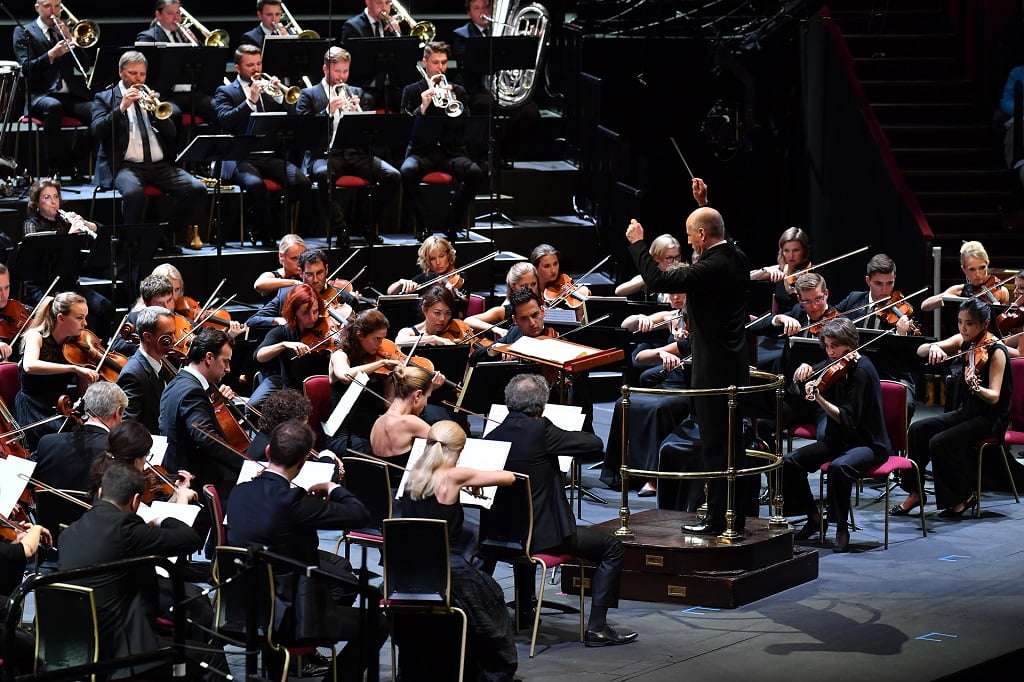 Yet another summertime scratch band but a very good one. Since 2011 the always-peripatetic Paavo Järvi has touched base at the Pärnu Festival, overseeing its evolution into a kind of alternative Lucerne for Estonian musical talent while drawing in guest players from more venerable European ensembles. Unfortunately, on the occasion of its Proms debut, the ensemble’s bright clarity only really suited the first of the three scheduled works.

To Arvo Pärt’s stylistically transitional Third Symphony the super-group brought passion as well as transparency. It is music that now seems to sit quite comfortably with other quiescent, vaguely postludial Symphonies from the Soviet bloc and if this account could not replicate the sheer strangeness of Neeme Järvi’s 1989 UK premiere (a Prom featuring the Gothenburg Symphony Orchestra) it was stronger and fuller and almost as hypnotically compelling. The octogenarian composer, still bouncing about like a student, was present to take the applause, looking much as he did all those years ago when he turned up at the much-missed Almeida Festival. Might the Third eventually prove to be one of his profounder masterpieces despite sounding at times like film cues for some medieval murder mystery? Possibly. But it would be good to hear more from his earlier iconoclastic phase. 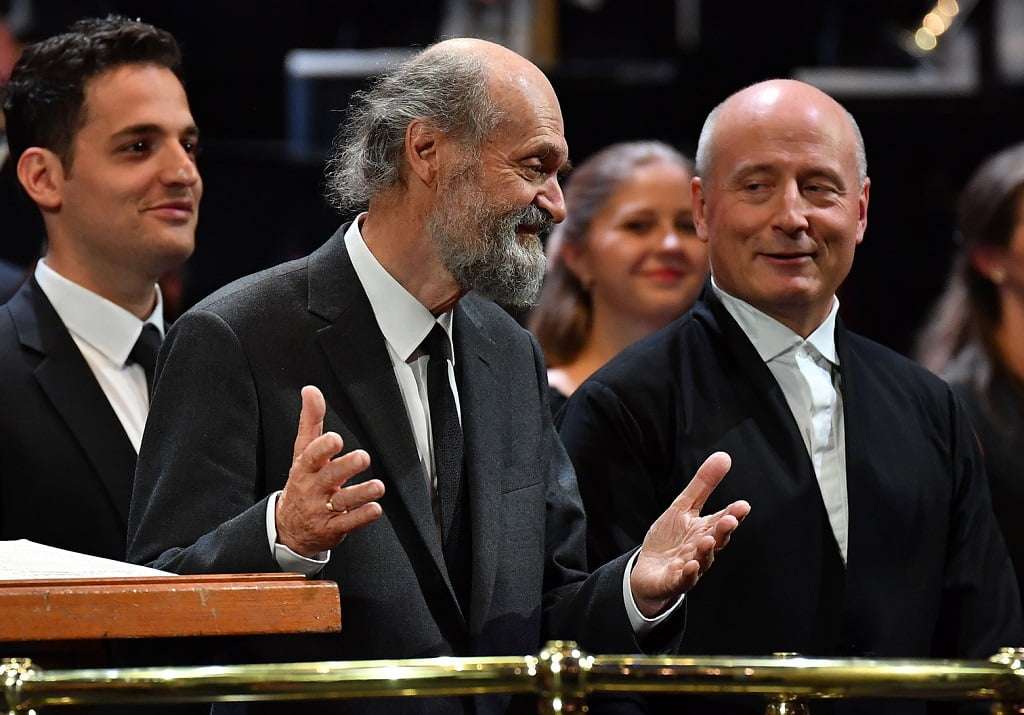 A change of tone for the Grieg. While Khatia Buniatishvili is an exceptionally gifted pianist, her showboating, Lang Lang-ish style of presentation is not the only problem one has with her performances. The pianist she most resembles is Martha Argerich but this is an Argerich without taste or discipline, persistently rushing her fences in transitional passages and rather confusing even this scrupulously disciplined band. Paavo Järvi is one of the best, most attentive accompanists in the business yet there was no way to ensure complete unanimity with so self-indulgent a soloist. After the old-school fireworks, she opted for a tranquil encore. The outer sections of ‘Clair de lune’ (from Debussy’s Suite bergamasque) were played so slowly as to function only as sound sculpture, the core of the piece being delivered in her impetuous vein. That soft, liquid tone is undeniable gorgeous, but still… In Pärnu last week, Elisabeth Leonskaja was Järvi’s pianist and it would be difficult to imagine a more utterly different artistic personality! 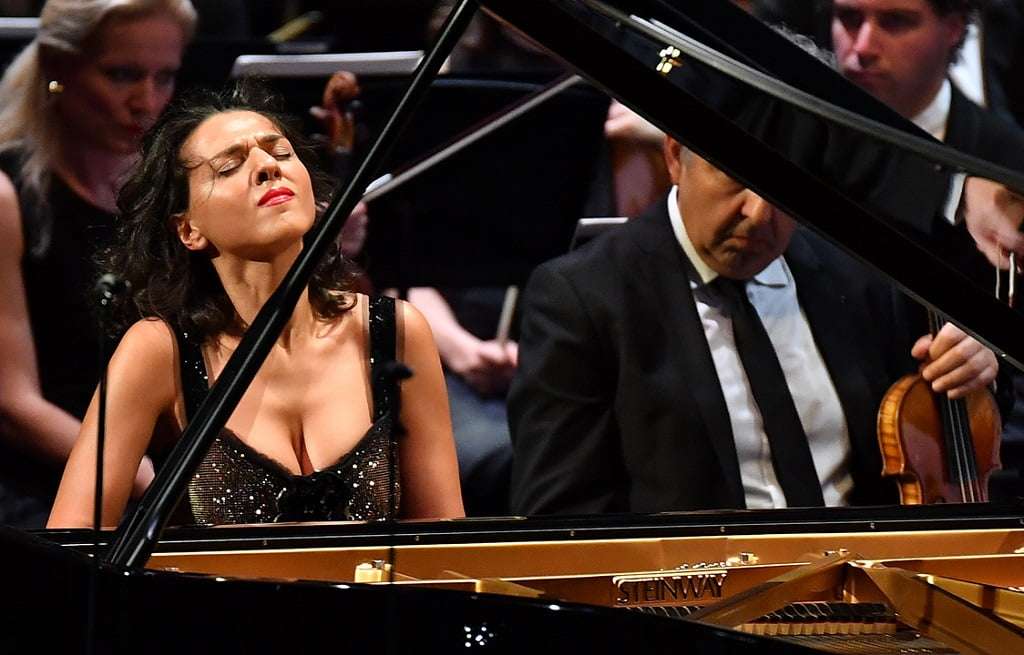 Following the interval the Sibelius was the night’s real disappointment, the more so given the way the spectre of the Finnish master hangs over aspects of the Pärt. Dispensing with the score, the conductor opted for a curiously low-key, almost domestic conception in which rhetoric was underplayed and harmonic movement taken for granted. Is this music he knows too well? Or was it just that there weren’t enough players to realise the material’s craggier aspects? Certainly the antiphonally seated violins failed to produce much tone for all the intermittent glories of woodwinds and brass. For some listeners the argument (kept on the move, never becalmed) may have emerged refreshed. I can only report that I found the highlighting of secondary bits of line and texture rather a trial. The team swung into the Finale’s ‘Swan Hymn’ with a sort of casual nonchalance; we were vouchsafed the aggressive spiccato clatter of double basses but where was the warmth and depth of the overall sound? The last two of the work’s final chords were rendered with comparable idiosyncrasy, Thor swinging a slightly juddering miniature hammer.

There were two encores, the first arguably earned (though much too long), the second redundant given that the Arena was emptying. Neither was announced. The first could have been Nino Rota on an off-day. Launched in a vaguely klezmer style, it was a waltz from Lepo Sumera’s music for The Spring Fly (a film). The second, the ‘Herdmaiden’s Dance’ from Swede Hugo Alfvén’s The Mountain King, is a modest gem that Thomas Dausgaard and the BBC Philharmonic offered as an extra in 2001 with Sakari Oramo and the Stockholm Philharmonic following suit in 2011. It must be popular in the Nordic countries and the Estonian Festival Orchestra played it very well indeed.