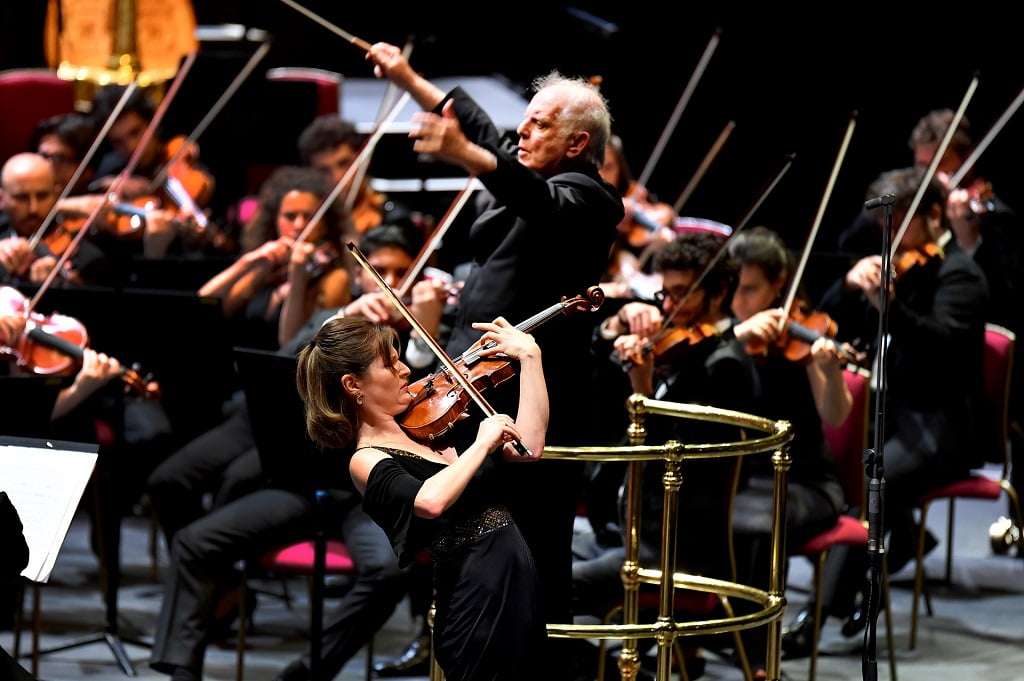 Brahms’s Violin Concerto was originally billed for the first half of this Prom, but for unclear reasons the crowd-pleaser by Tchaikovsky was substituted (also at Snape the evening before) – cue inane clapping from some of the audience in the pause between the first and second movements (the third runs on without break from the latter). That it was not a more disruptive outbreak, however, was surely attributable to the fact of Daniel Barenboim’s reading with the finely disciplined West-Eastern Divan Orchestra. He refused to stoop to the usual sort of brazen histrionics and cloying emoting of many other performances, in favour of a more satisfyingly balanced, thoughtful, and hushed approach, interestingly as these forces did with the same composer’s Symphony No.4 in their 2015 Proms appearance.

The playfully teasing and amatory way with the opening figure in the orchestra gave way to a brief episode of drama, but that was pacified by the reflective, even rueful playing by Lisa Batiashvili. By turns skittish and contemplative, she certainly then took the lead as Barenboim kept WEDO in subdued, respectful form, and the violin solo took flight, but a there was a more-effusive outpouring in the expansive phrases periodically given to the orchestra. The freshness and innocence of the flute’s entry immediately after the cadenza cancelled out any meretricious extravagance that might threaten to overtake proceedings, not that it did in Batiashvili’s elegant and tightly-controlled articulation. 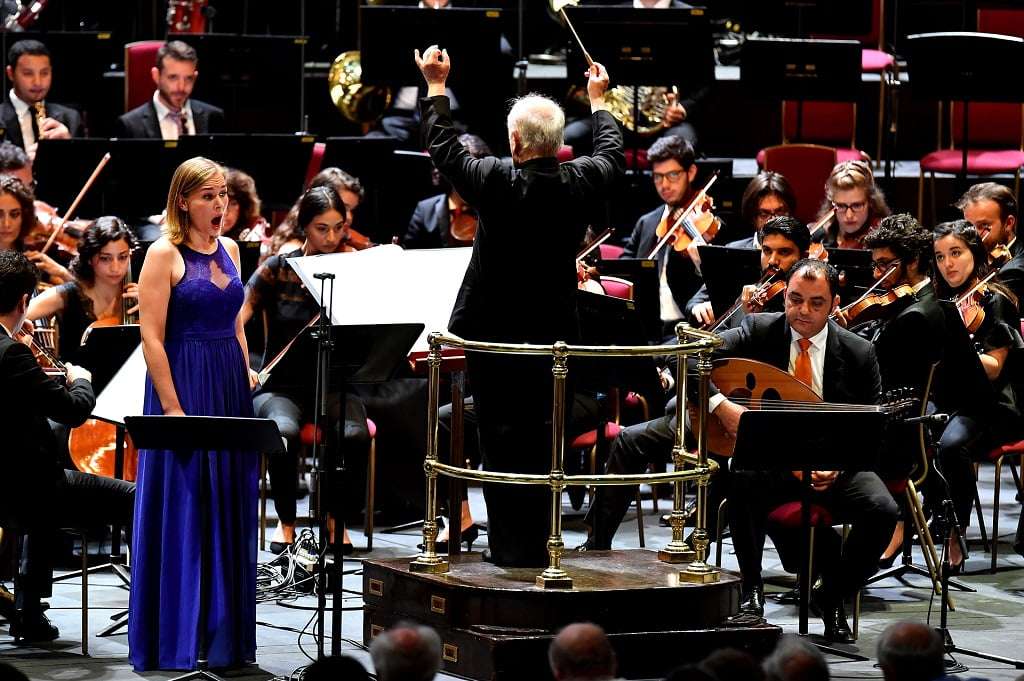 Impulsive fire was unleashed in the Finale, but not so much as to disturb the prevailing wistful mood, or the graceful, modest charm of the ‘Canzonetta’ second movement, Batiashvili again avoiding sentimentality, and the sombre hues elicited from the WEDO recalled some of the music of Tchaikovsky’s contemporaneous opera, Eugene Onegin, making a telling and ironically knowing connection with the extrovert extract given here in the form of a bold, even bombastic, if lumpen account of the ‘Polonaise’. That was rightly, as it is in the opera, a hollow prelude to the musings on love, loss, and loneliness which find expression elsewhere in that drama, as seemingly also in the Concerto.

David Robert Coleman’s Looking for Palestine turns to the violently sundered territory in the Middle East, the everyday reality for the musicians of the orchestra giving this performance. Prompted by the Lebanon war of 2006, Coleman’s sets words from Najla Said’s one-woman play Palestine as a monodrama. Some of the text is spoken, but mostly it was sung by Elsa Dreisig with a quiet apprehension in which the words were frequently inaudible, though tonally crystalline and cutting. Much of the score was marked in this performance with a breathless urgency as it commented upon and took over the vocal line in revealing and striking ways (it makes use of the Arabic oud for instance) creating a densely woven meditation upon the wider question of identity in Palestine and the Middle East. The quiet, regretful repetitions of “Palestine” in the opening and closing sections were moving, but in the political context of this work, there was a painful resonance in the connection that is surely meant to be made with the similar, sorrowful iterations of “Jerusalem” in the countless settings of the Biblical Lamentations of Jeremiah, as the poet there bemoans the war-torn desolation of that city, over two and a half millennia ago. 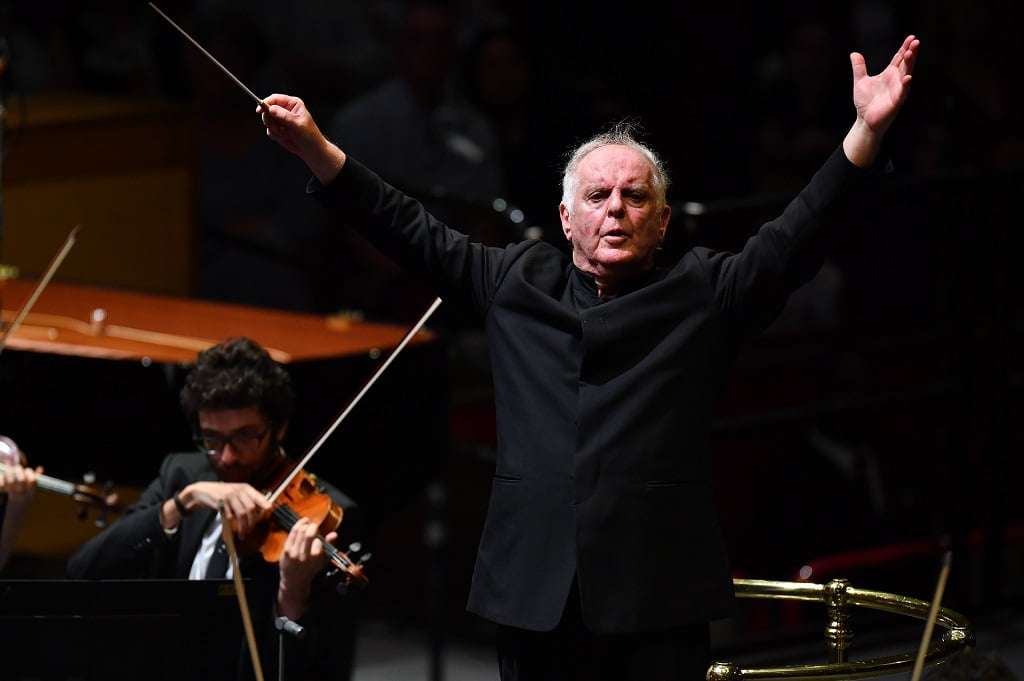 Scriabin largely transcends any earthly concerns in the sensually mystical vision of his Poem of Ecstasy. Although its deliciously chromatic writing is often described as perfumed and heady, Barenboim’s interpretation was cool, bringing reasonably lucid and clear focus to what is, on the page, an often richly-orchestrated composition. Something like Wagnerian-style leitmotifs come and go, but they are not developed as such, only given new guises in terms of their harmonic and orchestral embedding. Barenboim maintained a steady course throughout the musical tissue, with a delicate but excitable characterisation of the faster sections from the strings (with violins placed antiphonally) and some splendid sonorities from the brass adding burnished colour and a sense of being suspended in the air. This was an ecstasy already attained and calmly contemplated, rather than anxiously or desperately striven for, an effective musical trance.

That easeful ardour carried over into ‘Nimrod’ (from Elgar’s Enigma Variations), given as an encore, which was sustained as one fluidly-realised melody like an arc, studied but not emotionless with moderate use of vibrato, indeed all the more expressive precisely because not gushing.