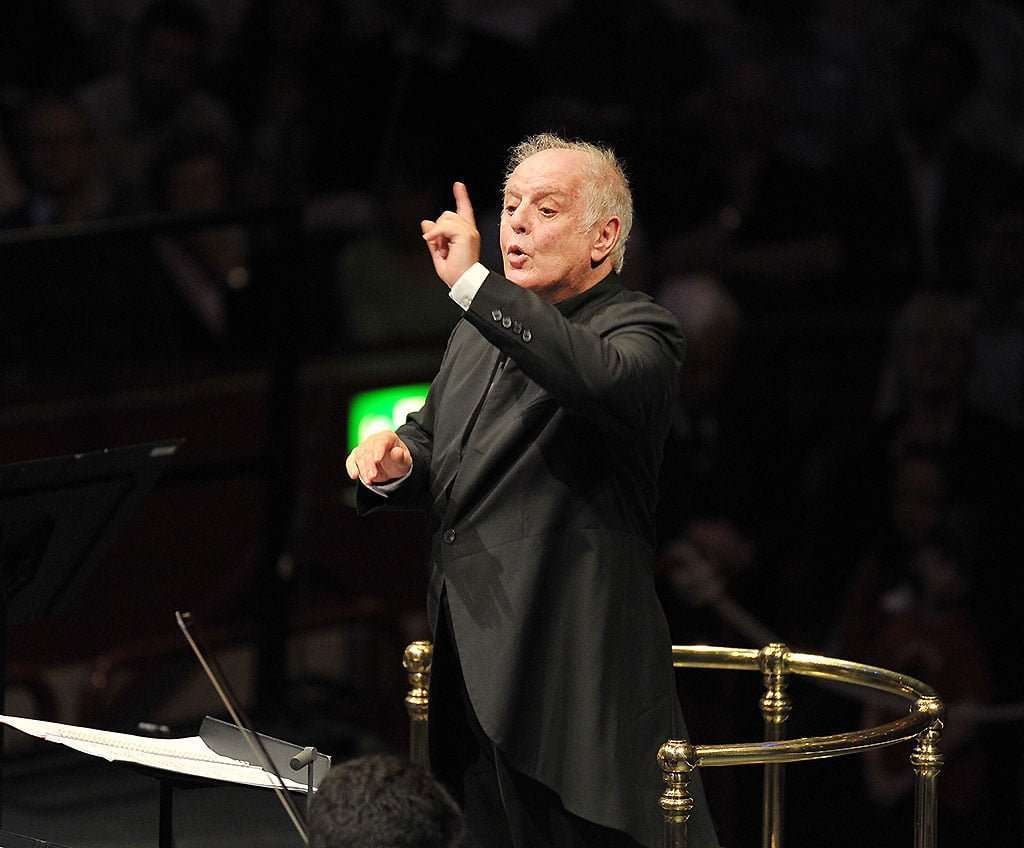 Apart from the deserved admiration and goodwill they inspire, the members of the West-Eastern Divan Orchestra must command enormous respect from serious music-lovers for their far from populist programming. Here the two Viennese Schools were represented by, respectively, Schoenberg’s densely compressed Chamber Symphony No.1, and the least regarded of Beethoven’s concertante works, the Triple Concerto.

The Schoenberg was given in its original version for fifteen players (rather than the later orchestral arrangement) and the musicians of the WEDO certainly brought out the intricate web of musical ideas packed within its continuous twenty-minute-plus flow. With the instrumental lines so consistently exposed it was a notable achievement to maintain control throughout. That tended though to preclude any frenetic or expressionistic display, but there was plenty of variety, such as the gritty attack of the strings near the beginning, settling down to a more bittersweet alternation of moods thereafter. Daniel Barenboim ensured structural coherence by heightening the tension naturally at appropriate moments instead of forcing it.

Discipline was a conspicuous virtue in the subsequent accounts by the fuller forces of the WEDO, making for well-balanced and agile accounts of the Beethoven and the Tchaikovsky. The reading of the Triple Concerto proved to be amiable and lyrical – as befits it – though perhaps slightly smoothing out the poetry of its striking key-changes (emphasising the harmonic relations of thirds, between C, A, A-flat and E, rather than dominants or sub-dominants). There was something of a dash in the peroration of the first movement, which was incongruous with what had gone before, and the polonaise finale lacked some of the drive of that dance, though Barenboim attempted to instil some vigour into the minor-key episode. 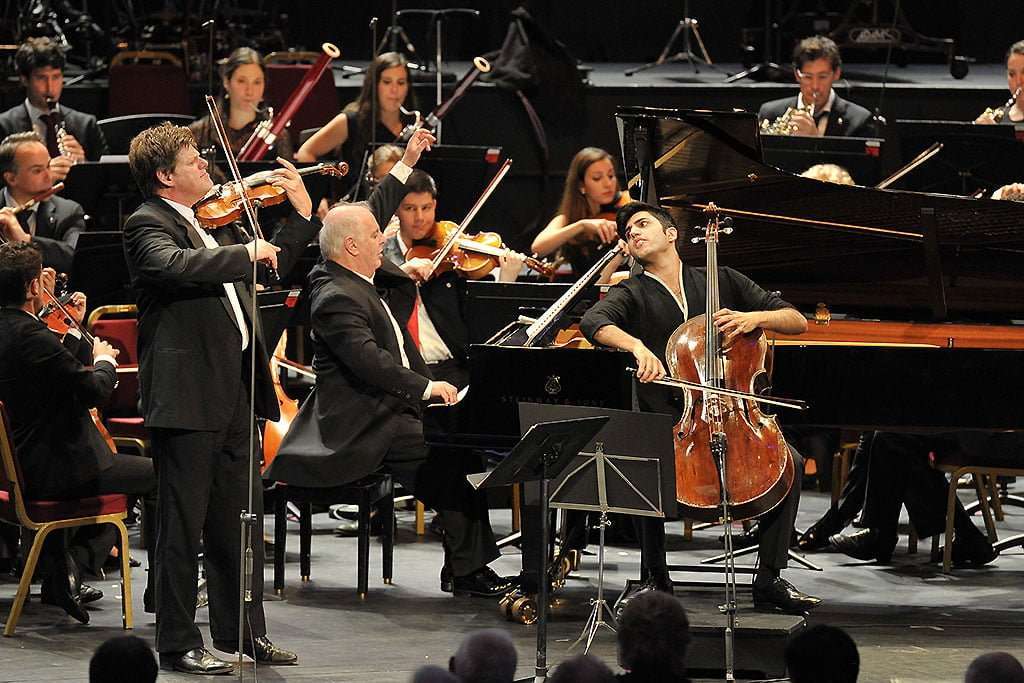 Although taking the piano part, Barenboim largely gave way to the other two soloists. It is the cello which initiates the main ideas throughout the Concerto, and there was no danger of quelling Kian Soltani’s noble, soulful playing. In the Largo, Soltani sang through his cello with a simple warmth, and the dialogues with Guy Braunstein elsewhere were often sweetly amorous, or at the least, playful.

Barenboim and the WEDO again pursued a steady, controlled course in the Tchaikovsky, heralded at the opening with a fairly mellow fanfare of fate, not piercing or blazing. This downplayed the conflict and tension in the music (as it largely had done in the Beethoven) though it yielded some beautifully tender moments later on. In any case the musicians’ excellent sense of ensemble also produced a highly effective dramatic surge in those sweeping unison passages, so typical of Tchaikovsky.

The second movement was reasonably brisk, with no time for reflection or nostalgia, even in the ardent, broader central theme. The narrow dynamic range of the Scherzo, with its pizzicatos, created a tantalising sense of expectation which maximised the rousing effect of the explosion of energy at the outset of the finale. Barenboim stirred up quite a rush in the section leading through to the concluding bars, which was not fully convincing, not so much because it sounded artificial but that it seemed to come from nowhere and therefore not arising as the inevitable outcome of the preceding musical discourse.

The thrills of that conclusion were cooled by a translucent performance of Sibelius’s Valse triste as the first encore, marked by a fluid pace, testifying to this orchestra’s poised collective musical mind. Then Barenboim set a speed challenge with the Overture to Glinka’s opera Ruslan and Ludmilla. After which the conductor addressed the audience for several minutes, the gist being that music, music-making and human contact over nearly seven decades had been so fulfilling for him, and he then returned to his roots for a witty Tango (scored for woodwinds, brass and percussion) from Buenos Aries.

Having emerged from one of the most intractable political situations in the world today, it is not surprising that those who play in the West-Eastern Divan Orchestra should seek such equanimity in their music-making, nor should we underestimate the value of that attribute.