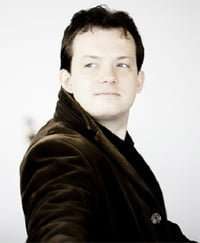 Back for his fourth Prom in as many years, Andris Nelsons brought this Russian sandwich of a concert to a cracking start with the Overture to Glinka’s Pushkin-inspired opera Ruslan and Ludmilla. Glinka began his second opera in the final months of 1836. He had hoped to collaborate with Pushkin, but the poet died in a duel in February 1837 leaving the libretto to a medley of writers. The overture was composed when the opera was already in rehearsal, taking music from its end. Nelsons set the strings off at a tremendous pace that resulted in some scrappy playing, albeit full of energy. By the return of the opening theme everything had settled to a more-spacious and manageable tempo. The timpani’s contribution was separated from the remainder of the orchestra, and a similar problem beset the brass, which was also raised.

Emily Howard’s Calculus of the Nervous System (2011, first conducted by James MacMillan in Vienna) is the third work that makes up The Lovelace Trilogy. Ada Lovelace was the daughter of Lord Byron and a pioneering mathematician of the early-nineteenth-century. Lovelace wanted to develop a mathematical model to demonstrate the way the brain gives rise to thought and nerves to feeling. Howard’s composition (12 minutes here) is inspired by this journey of discovery. Her background is also founded in mathematics; she is a former Junior British Chess Champion and studied Mathematics and Computation at Oxford before beginning her learning at the Royal Northern College of Music.

Despite the mathematical subject the piece does not present itself in an overly ordered way. An interval of a major third is the idée fixe that binds sporadic and seemingly random outbursts: neurally-inspired fireworks that the composer describes as memories that recur “sometimes clear, partially remembered or very distant; sometimes in succession and sometimes punctured by silence”. Silence is an important element, the composer demanding extremes of dynamics from the first note. With the slightest cough or rustle from audience members altering the listening experience I wonder if the composer intended such an interaction.

Shostakovich’s Seventh Symphony (‘Leningrad’) has in recent years found new favour after falling into decline. Early critics, unaware of anti-totalitarian sentiment within the work, dismissed it as bombastic and too long (this performance took 75 minutes; an average between those of 65 and over 80). Since the publication of Testimony in 1979 (controversially claimed by its author to be memoirs of Shostakovich) the composer’s symphonies have been re-evaluated with anti-Stalinist references giving the music a more political stance. Nelsons’s view is that Shostakovich-interpretations have become over-politicised; listening to the music in an abstract way but mindful of the circumstances in which it was written is a more appropriate way to appreciate Shostakovich’s work, which is far more than anti-political rhetoric.

Nelsons set a jaunty pace from the start; more allegro than Allegretto. Full-blooded, take-no-prisoners playing by the unison strings at the start signalled good things to come; this was a well thought out performance. However, issues of balance were a problem. The side drum was far too loud at the start of the ‘invasion’ theme (it is marked ppp) and in loud passages it was impossible to hear anything but the brass – even the xylophone was lost! The two middle movements gave Nelsons an opportunity to wring the pathos out of intimate passages. Of particular note the oboe and cor anglais solo were beautifully phrased.

Nelsons’s decision to only use his right hand for much of the time led to some uncertain entries where a stronger beat was called for. There were times when the musicians were unconfident: Nelsons’s beats were so small during the second movement that non-cued percussion entries were ragged; and there were other moments of messiness. And some in the audience insisted on applauding between movements, apart from the third one (it is attacca into the finale, so they didn’t get the chance).