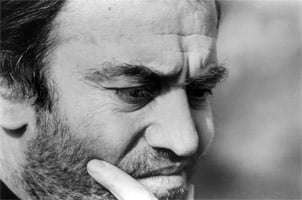 For balletomanes and lovers of Russian music, Valery Gergiev’s concert performances of the great full-length Russian ballets have been among the highlights of recent Proms seasons. Here he gave us a rare opportunity to hear Prokofiev’s generously melodic fairy-tale ballet score for Cinderella in its full glory. While its predecessor Romeo and Juliet has often been given complete in the concert hall (Gergiev directed the work to great effect with the LSO at the Barbican Hall in 2008), Cinderella has fared less well. Extracts may have been heard at the Proms since 1950, Romeo arriving only in 1982, but in the UK at least its fortunes are closely tied to its perceived effectiveness when danced.

The first Western production, using Frederick Ashton’s choreography, was unveiled in December 1948. Staple fare ever since, it is an effective if jokey affair which not only downplays the music’s more elevated qualities but truncates the Prince’s search for his bride at the start of Act Three, omits several numbers from Act Two and cuts the ‘Dance of Crickets and Dragonflies’ attached to the Summer Fairy’s ‘Variation’ in the first Act. André Previn’s affectionate 1983 LSO recording is complete yet, if memory serves, he conducted only extended extracts in the Royal Festival Hall. Gergiev, who is also directing performances with his Mariinsky forces this year, enhanced his unrivalled Prokofievian credentials by playing the lot. Not that everything works in the abstract. And where to put the interval? Here between Acts Two and Three, making for a short 30-minute second half. Shorn of stage action, it was Act One which appeared to contain the most ‘padding’. 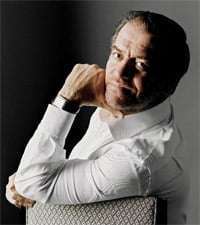 So how did this unprecedentedly complete Cinderella stack up against Romeo and Juliet? Perhaps the comparison is pointless for as Gergiev himself explains the two inhabit quite different worlds of (melo)drama and fairy tale, engagement and escape. It is only in Cinderella’s rather over-scored ‘Pas de deux’ that we hear the grandiose Soviet architecture of Prokofiev’s Fifth Symphony. There are practical difficulties elsewhere, not least in the idiosyncratic orchestration. What should come across as an alluringly strange, ‘silvery’ sound-world is not easily brought off in the orchestra pit when the strings are called upon to demonstrate expressive warmth at the precarious extremes of the register, sometimes underpinned by subdued tummy-wobbling from the bass drum. There was no unwonted edginess with the expert, full-toned LSO and only a few awkward corners even with the violins seated antiphonally. Woodwind were characterful as well as virtuosic, individual contributions more easily differentiated than might have been the case in the Barbican Hall’s blunter acoustic straitjacket.

True to form Gergiev was occasionally brusque with the score, pushing through its 50 closed structural units without pause but belying his critics with the sensitivity of his responses to the lyrical element as well as balancing those awkward textures with consummate skill. Departures from the interpretative norm in Act One included a very rapid treatment of that element of the fourth number in which (in some productions at least) the contemplation of a portrait of Cinderella’s mother engenders dramatic grief on high-reaching violins. Conversely Gergiev gave plenty of space to its concluding ‘Waltz’, strings fortified by Soviet-style low brass. The brass ensemble which heralds the arrival of the Prince in Act two (No.26) was here given a positively Ivesian spin by having the players very much offstage, apparently positioned somewhere high up in the Hall. (Other passages with a ‘visual’ instrumental component were not highlighted in this way.) The ‘Midnight’ scene lacked nothing in intensity but as Cinderella fled from the ball her ‘happiness’ theme was treated with surprising terseness, the aim being, perhaps, to keep something in reserve for the quieter catharsis later on. At the close of Act Three the pristine as opposed to sensual romanticism of both the slow ‘Waltz’ (Adagio) and final ‘Amoroso’ was perfectly achieved, the atmosphere truly ‘enchanted’ as the quality of the music-making moved up a notch. That said, the Prince’s first ‘Galop’ (No.40), as he rushes off impetuously in search of his beloved, had been as light as a feather. Good too to hear the exquisite oriental miniature (No.43), a highlight often pruned.

Although a large number of attendees had to be let into the hall between the first two Acts (seemingly unaware that the concert started at 7), the near-capacity crowd listened with rapt attention for the most part and applauded warmly in the right places. There was only one protracted mobile phone incident and a lighting scheme of boudoir pink to put a damper on things. Fascinating footage exists on You Tube of a 1960 Bolshoi film in which the ballet ends fortissimo with bags of percussion, completely betraying Prokofiev’s gentle conception. You may or may not warm to Gergiev’s way with Mahler or Brahms but it is difficult to fault his Prokofiev. He conducted with his favourite toothpick.