“Presenter Gerard McBurney takes you ‘Beyond the Score®’ in a multimedia concert that explores the history of Dvořák’s enduringly popular ‘New World’ Symphony. Afterwards, Sir Mark Elder and the Halle give a complete performance of the work.” [BBC Proms website] 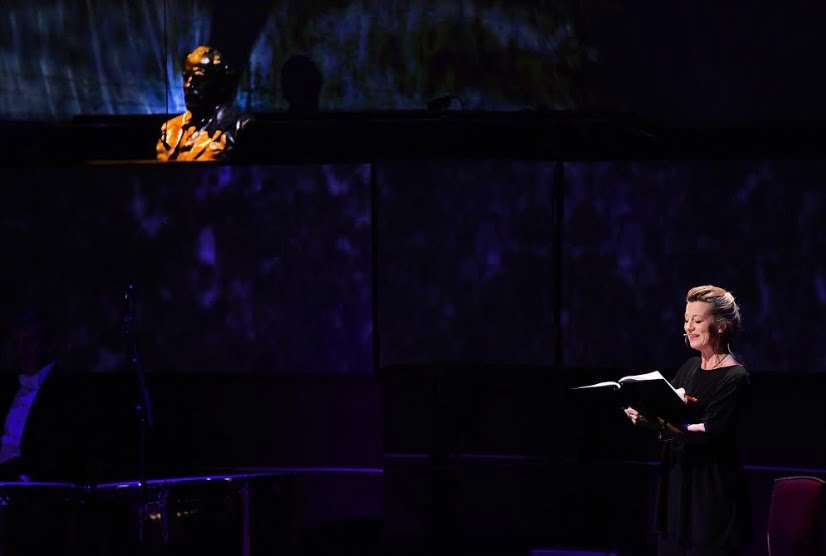 Gerald McBurney – described in his biography as composer, writer and deviser – stepped down last year after a decade as the Chicago Symphony Orchestra’s artistic programming advisor. During that time he created thirty Beyond the Score® productions, elaborate documentaries/meditations/programme-notes involving actors, film and the CSO for a work then played complete following the interval – a multi-media show and a concert in one evening, including Bartók’s The Miraculous Mandarin, Shostakovich’s Symphony No.4 (which the Hallé and Elder are presenting in Manchester on October 28), Elgar’s Enigma Variations, and most of the pieces getting the BTS® treatment are mainstream late-romantic and early-modern repertoire.

The Royal Albert Hall, decked out with three big screens – one in front of the organ, two at the front of the canopy above the stage – is not the ideal space. However amplified the voices of the five actors seeded among the orchestra, not everything was clear, and nothing could be done about the cables and their shadows passing in front of the screens. It was generously done, though, and at nearly seventy-five minutes a good half-hour longer than Dvořák’s best-known Symphony, ‘From the New World’. 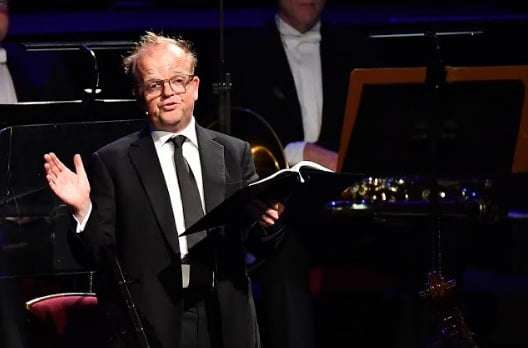 Among all the information of the composer’s three years in New York, the most memorable aural thing about the first half was the transference of birdsong, Negro Spirituals and Native American music into his score, seamlessly dovetailed by the Hallé. There was much grainy and nostalgic archive film of thrusting nineteenth-century New York knocking up against images of the American Sublime landscapes, and the material about Dvořák’s work at New York’s National Conservatory of Music was fascinating, as was his enthusiasm for Longfellow’s Song of Hiawatha.

Henry Goodman was Dvořák, convinced, like so many composers, that a national music should not part company with its folk roots, and Tamzin Griffin played his sponsor Jeanette Thurber, and other roles were taken by Robert Pickavance and Toby Jones. Rodney Earl Clarke sang, very beautifully, some of the Spirituals worked into the Symphony. In this multi-media montage the visual element couldn’t help dominate – and I must catch the radio broadcast to hear how a script that bombarded you with information worked minus the support of one of its media. 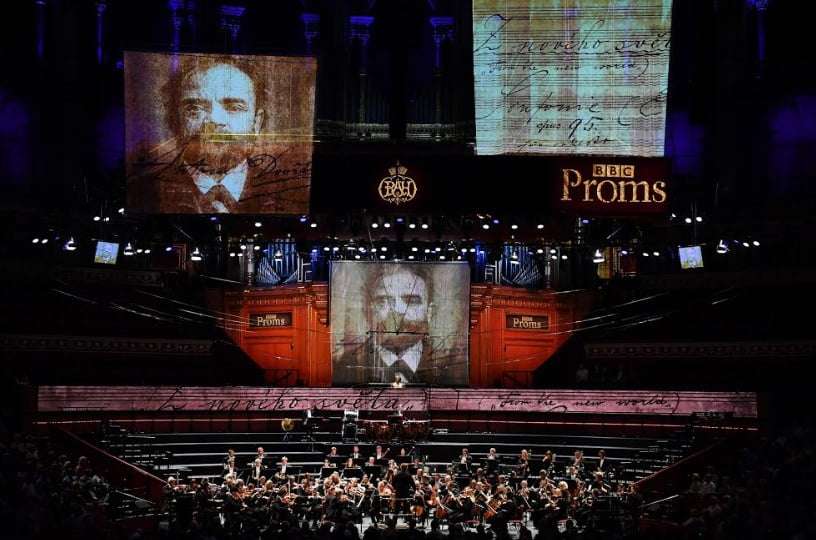 Mark Elder’s overview of the complete Symphony caught the wonder the composer experienced in the New World, viewed at a distance once he was back in his beloved Bohemia. The Largo slow movement, led by an ultra-remote cor anglais solo from Thomas Davey, could not have been more veiled and visionary, and the tension of the strings’ high tremolando released a magnificently energised first movement, its impact expanded by the exposition repeat. The Hallé’s strings, arranged with antiphonal violins and double basses like a wall behind, had a Concertgebouw-like solidity and depth, and Elder, with his customary dramatic flair, made the music’s network of thematic memories and cross-references read like a book. At the very end, the mysterious, long-held, chord on brass and woodwind was like an affectionate salute from the Old World.