Enescu
Suite No.1 in C, Op.9 – I: Prélude à la unisson
Bartók
Music for Strings, Percussion and Celesta
Mahler
Symphony No.4 in G 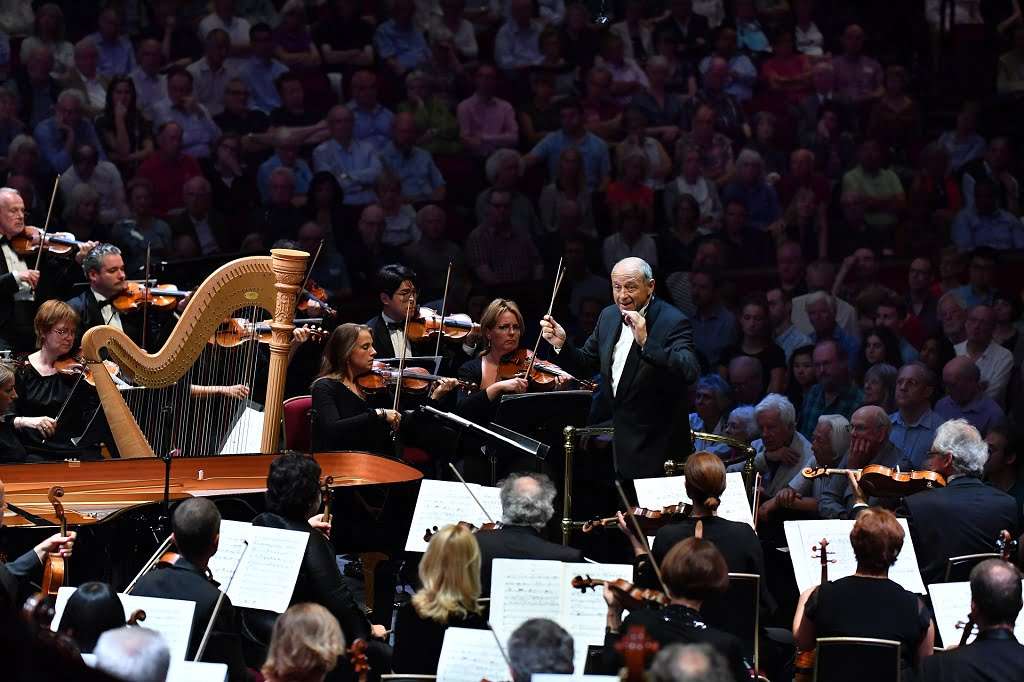 Partially sighted after an eye operation, Iván Fischer may or may not have been constrained in his wilder movements; he was at least on reassuringly familiar ground with the present programme. While the Budapest Festival Orchestra appears not to have recorded Bartók’s Music for Strings, Percussion and Celesta since 1985, the idiom comes as naturally as breathing to these players. Some would describe their Mahler 4 as a little too self-consciously ‘interpreted’ but their 2008 studio version for Channel Classics is an undoubted jewel in an impressive discographical crown. Whatever the circumstances – and some undeniable eccentricities – there was no feeling of constraint at the Royal Albert Hall. Indeed conductor and orchestra still sound like the real thing in an age of corporate blandness and deracination.

First though came the Enescu rarity. Not, alas, the complete Suite No.1, heard only twice previously at the Proms in 1911 and 2001, but its slightly more familiar radical first movement, the ‘Prélude à la unisson’ scored for strings and timpani. A single line of music, impossible to ‘place’ comfortably in the history of music – and sniffily charged by the Musical Times of 1911 as “striving for originality” – it was wonderfully well served here with the subtlety of texture and extremes of dynamic that characterised the whole evening. Applause followed yet with no stage reorganisation necessary for the next work, Fischer did not even leave the platform. Was it perhaps the rhetorical quality of the Enescu that made the first movement of the Bartók feel a little inhibited? The pacing was swift, the mood determinedly disciplined and rather low-key, the aim no doubt to eradicate any trace of Romantic inflation (or excessive vibrato) notwithstanding the disinterest of a typically restless capacity crowd which included at least one very young child. Things improved all round in the rest of the piece though it was the Mahler which showed the orchestra off to best advantage. Unlike most of his Symphonies it is a composition with deep roots at the Proms having been given its UK premiere by Henry Wood during the 1905 series. The soloist in the Finale was Wood’s first wife, described somewhat fancifully in his autobiography as Princess Olga Ouroussoff. 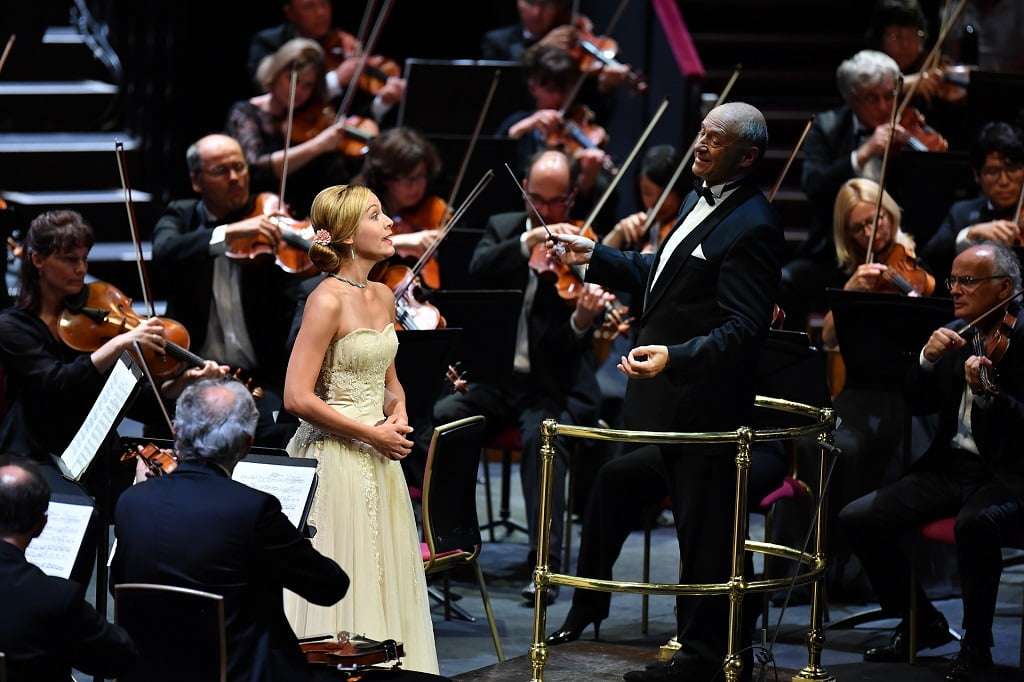 When the orchestra returned the seating area had been transformed so that the violins could be sat antiphonally. The performance, compelling enough to subdue much of the coughing which has been such a problem this year at the Proms, was not without its controversial aspects. For reasons best known to himself Fischer added his own jerks to the discontinuity implied by Mahler’s notation of the opening bars in which the jingling sleigh-bells might be construed to lose their way. He had the first horn come and sit upfront for the second movement, not only encouraging some bizarrely raucous transitions but also undermining the programmatic primacy of the leader and his re-tuned violin. More successful was the way the soprano soloist crept on during the noisy ‘heaven’s gate’ climax of the slow movement, a suitably angelic presence in off-white. The brass as so often was a little flat at the moment of maximal blare, the timbrally distinctive timpani bang in tune however. Anna Lucia Richter proved ideal casting, seldom overly arch, the voice not large but perfectly formed and without the excessively operatic vibrato which led Leonard Bernstein to experiment with the casting of a choirboy. The neoclassical invention of Mahler’s first movement had left a mark on his Candide Overture just as surely as Beethoven impacts on Mahler’s own slow movement. Fischer and the orchestra were at their absolute best there, unfolding the material with patient, un-cushioned serenity. 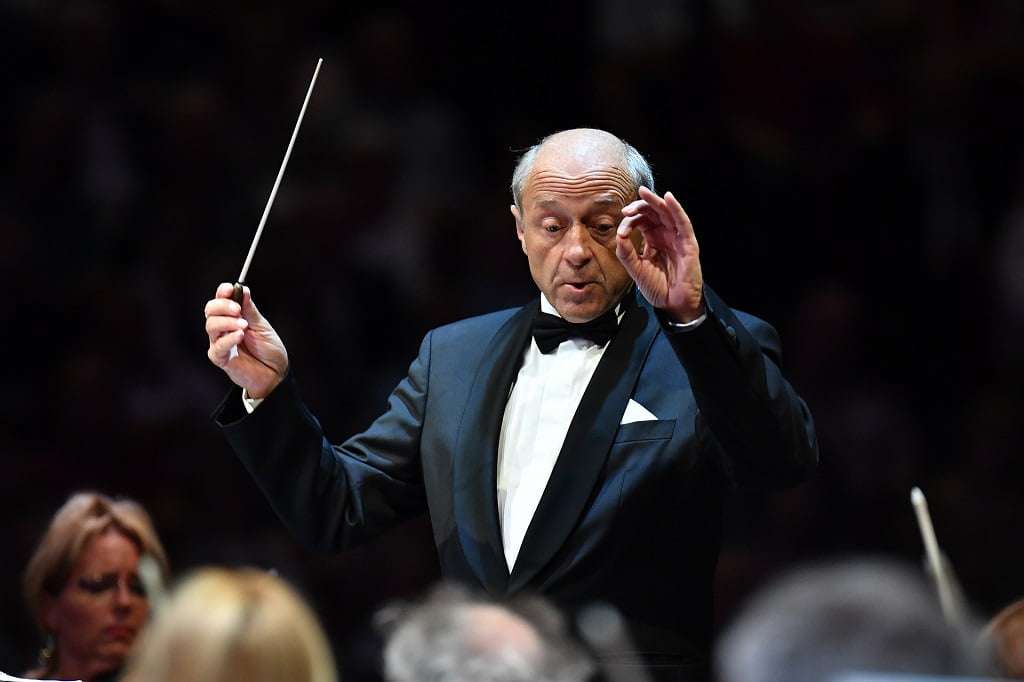 It is no doubt a matter of taste whether one found the textural interventionism elsewhere revelatory or merely unsettling or OTT. Combining old-world Gemütlichkeit with squeaky-clean twenty-first-century articulation, Fischer never once settled for bland efficiency. The iridescent sound of the Budapest Festival Orchestra, surely one of the marvels of contemporary music-making, will remain long in the memory. A pity that Mahler’s winding down should have been accompanied by a mobile phone ringing somewhere up in the gods.

The encore was typically wacky, a curtailed version of the ‘Laudate dominum’ from Mozart’s Vesperae solennes de confessore (K339), in which orchestra members doubled up as a choir, entering quietly with what should be a rejoinder to the (here non-existent) soprano contribution, Richter joining in briefly at the end.