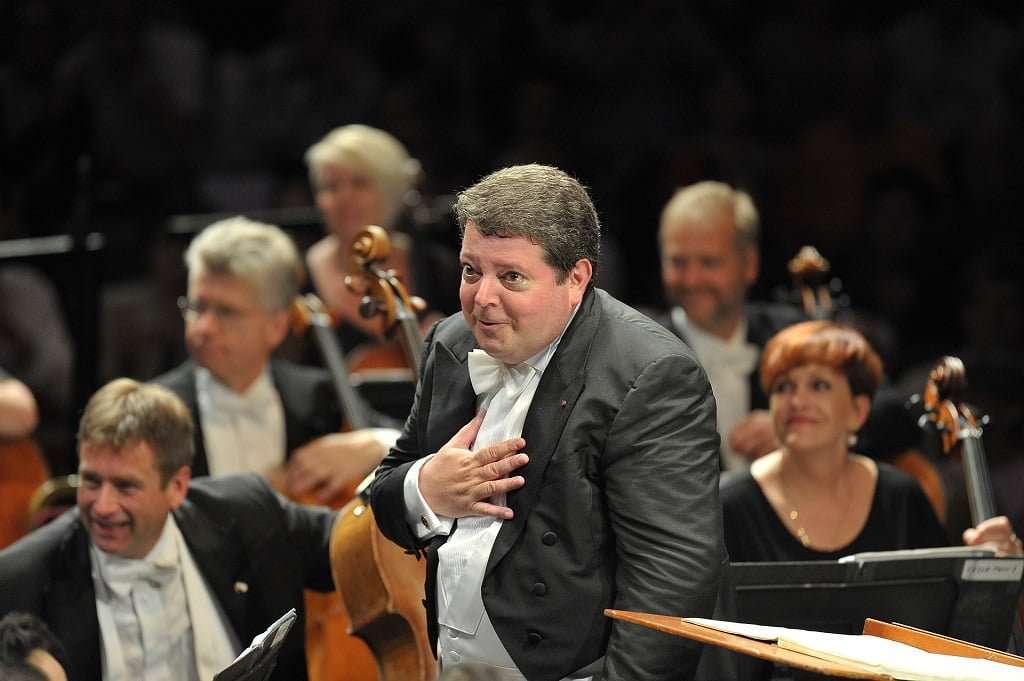 If you miss the ferry, as the touring Bergen Philharmonic did, and that in turn loses the planned connection, then you are bound to be late at the Royal Albert Hall – not for the Prom itself but for the rehearsal: thus Alissa Firsova was still in that building at the time she was due at the Royal College of Music for the latest Composer Portrait. But an unflappable Andrew McGregor gave us no reason for alarm and Firsova duly arrived. She (born 1986) is the composer-pianist daughter of Dmitri Smirnov and Elena Firsova (both sitting in front of me, as it happens), and has spent four years in Russia and the balance in England.

Alissa Firsova has the lingo – “it was right up my alley” she said at one point regarding the inspiration for one of the played pieces – and throughout she was charming and outgoing in conversation with the equally amiable McGregor and very appreciative of the GSMD musicians. These chamber works proved consistently attractive in these talented, dedicated and sensitive performances, music that is often poignant and reflective (saying much in a few minutes) and full of imagery – Moonlight Over the Sea (for solo violin, Amarins Wierdsma) owes to Edvard Munch’s painting, for example – and sometimes conjuring “a loss of reality”. When elaboration and intensity increase it does so without losing the thread of the music, which throughout was inspiring and also revealing of a very likeable personality who on her own admission is “slightly rebellious”, which no doubt feeds her communicative creativity. 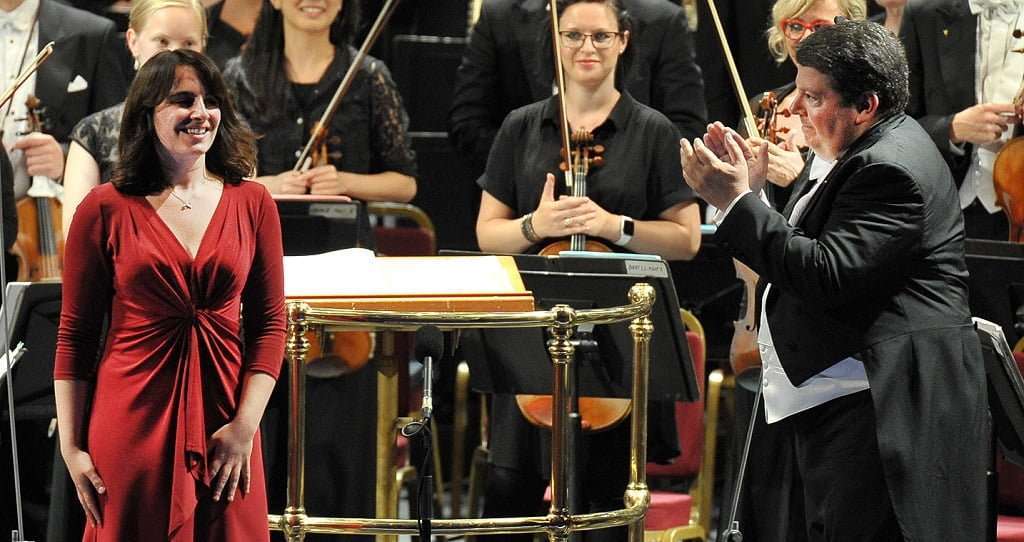 In the Prom itself, Firsova’s Bergen’s Bonfire (2015) was a total winner. This “depiction of Ragnarök (The Twilight of the Gods in Norse mythology), only set in the landscape of Bergen…” is dramatic, whimsical, contemplative and sonorous by turn, the opening arresting in its explosive potency and including a cheery motif that stays in the mind. In music richly expressed and alluring, the lustrous Bergen strings were especially noteworthy, although the whole orchestra was on-song and well-prepared for these thirteen momentous minutes.

As it was also in another world premiere, Ørjan Matre’s revision of his preSage (sic, 2013/15), with its Rite of Spring connections (the ‘Sage’ bit) and written as a welcome to Vasily Petrenko at the Olso Philharmonic. Eerie, mysterious, refined and delicate, if prone to nightmarish eruptions, the impressionistic preSage, for all its admirable craftsmanship and attractive facets, seems over-reliant on sound, colour and texture and was of a sameness to other such pieces. 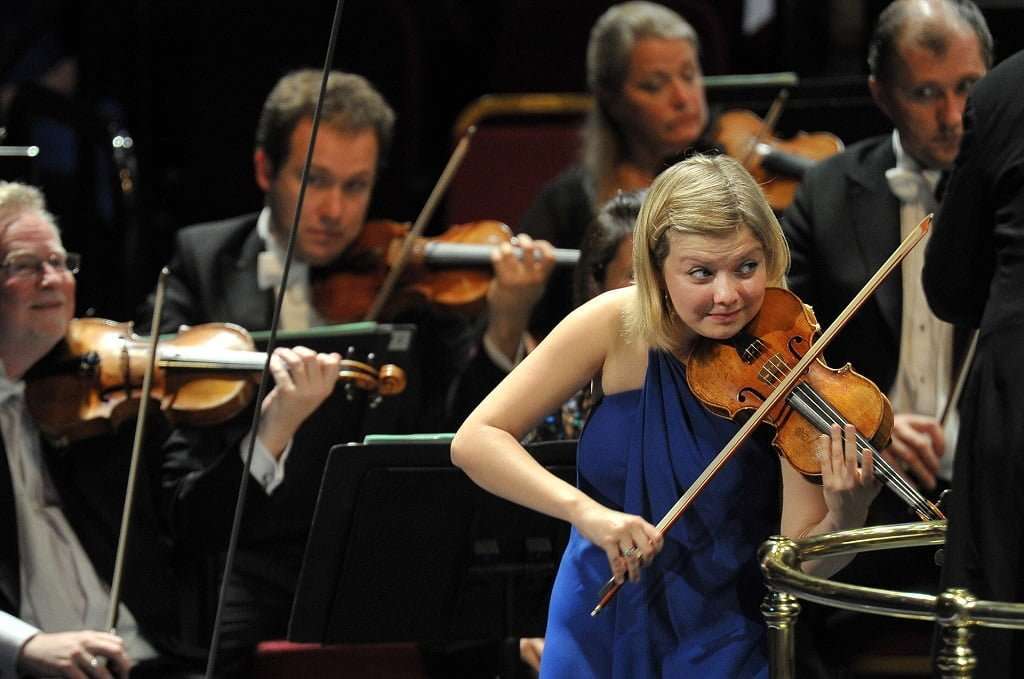 In a different way, Alina Ibragimova didn’t quite connect in her under-projected and rather non-variegated account of Mendelssohn’s Violin Concerto, the first movement either a little too nippy or too dragged, and with a central Andante that needed greater repose and a finale that would have welcomed less excess of speed. It was though a nicely collegiate account, the Bergen Philharmonic certainly playing its part. For an encore, Ibragimova did as Julian Rachlin had done in Prom 42 and offered Ysaÿe’s Sonata No.3 (Ballade) and did so to stunning and this time venue-filling effect. She has recorded all six Sonatas for Hyperion, a release enthusiastically welcomed on these pages by Tully Potter (link below). 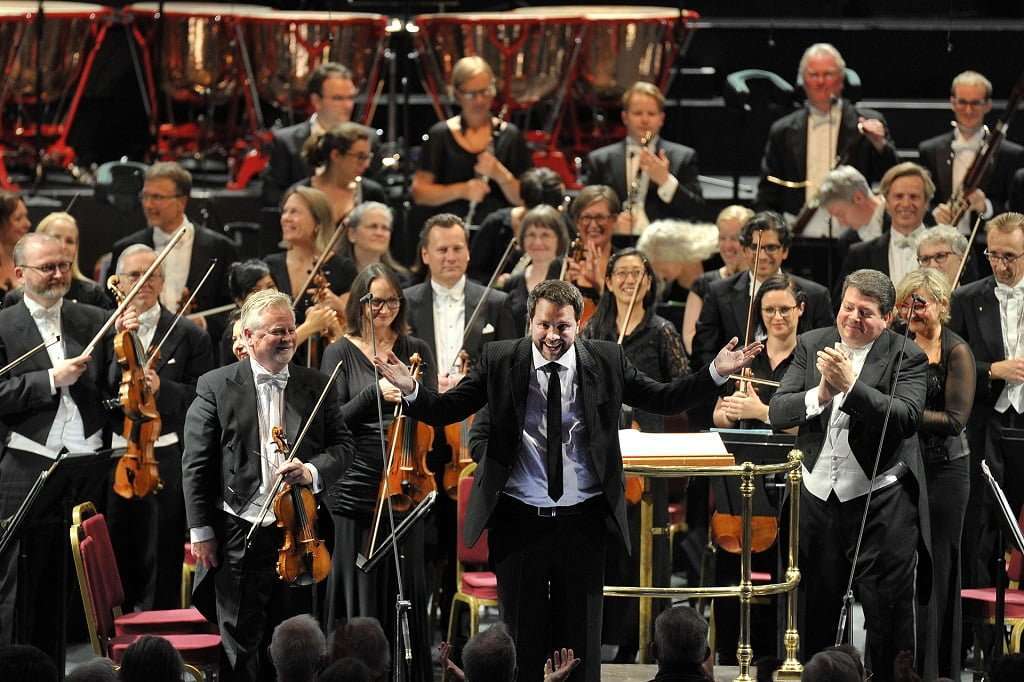 Andrew Litton is stepping down as Bergen’s music director, Edward Gardner (present at this concert) waiting in the wings as Chief Conductor. Launched by bassoonist Per Hannevold, The Rite of Spring was poised, lucid and weighty. It’s so easy these days for The Rite to be bounced off as a vacuous showpiece, something gratefully avoided by Litton who retained dance as the core of the music. He avoided bombast, too, as part of a gutsy and honest reading, one full of character and no lack of paganism, and with well-balanced detail, including some aspects that tend to be overlooked. The opening of part two was of clandestine suggestion, the muted trumpets properly whispering, and the concluding ‘Sacrificial Dance’ was straight from the hip, and it swung too, as befits a musician born in New York, and the ‘halt’ (the final reckoning) before the victim falls to the ground was well-timed by Litton for maximum theatrical effect.

Two further pieces followed, both wittily introduced by Litton, an affecting ‘The Death of Åse’ (“here’s another maiden who dies!”) from Grieg’s music for Ibsen’s Peer Gynt, played with much tenderness and from the heart by the BPO strings, and then to his credit Litton stayed put (to avoid the tedious trooping on and off that some conductors indulge in) for the warlike stomping that is the second movement of Prokofiev’s Scythian Suite (compiled from his post-Rite ballet-score Ala i Lolli that was rejected by Diaghilev), deliberately paced, to advantage, the Bergen Philharmonic terrific in its pulsation and power.