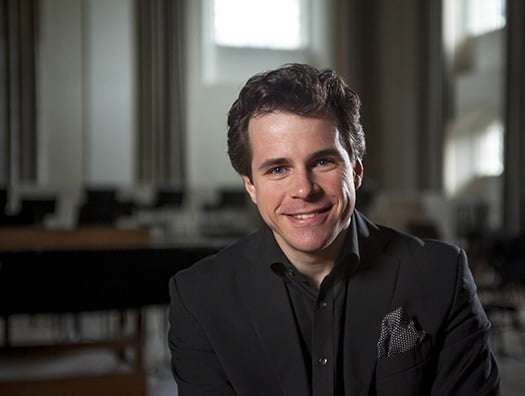 Continuing the Reformation strand of this season’s Proms, this concert focussed on the legacy of the early-fifteenth-century Czech reformer Jan Hus, burned at the stake in July 1415 for decrying the Church in Rome – his death torching the Hussite Wars with the Holy Roman Empire and the Kingdom of Bohemia’s Catholic neighbours. The Hussite Wars were a religious, nationalist and linguistic manifestation; when it came to the liturgy Hus – like Wycliffe before him and Luther a century later – was a determined vernacularist. Nineteenth-century Czech nationalism, fighting its cultural and political corner, reviving the Czech language, freeing it from the ruling German and judicial Latin of the Habsburgs (Josef Dobrovský’s Czech grammar, Lehrgebäude der böhmischen Sprache, appeared in Prague in 1809), was rooted in the Hussite example. Composers, primarily Smetana, Dvořák, Suk and Janáček, turned to Hussite chorales for melodic and associative inspiration, most famously the rallying battle hymn ‘Ktož jsú boží bojovníci’ (You Who Are Warriors of God), with its obsessive repeated tonics and Dorian flattened-seventh thirds.

’Ktož jsú boží bojovníci’ permeates, directly or through allusion, the closing two sections of Smetana’s Má vlast cycle (1879), Dvořák’s Hussite Overture (1883) and Suk’s Prague eulogy (1904). Appropriately, by way of a brief code-breaking preface, it opened this Prom. On paper this made for an intriguing journey of origins and cross-references. But in practice, the adventure was rather less thrilling, the repetitious references, not unlike a mono-tonal concert, bordering on tedium. One can have only so much of a good thing. After a while the rhetoric, the incessant point-making, wears thin.

Given another kind of performance, the impression may have been different, more positive. Certainly the Czech conductor Jakub Hrůša, a protégé of the late Jiří Bělohlávek, did his best to galvanise his forces. But the men of the BBC Singers were more dutiful than fired-up. In its day ‘Ktož jsú boží bojovníci’ got revolutionaries marching, instilled fear in the enemy, and had rural villagers united in lusty congregational singing. On this occasion it wasn’t much more than a faded postcard, lacking bass gravitas, together but disinclined to move mountains.

The BBC Symphony Orchestra, for once lacking the class and distinction of certain European counterparts, seemed equally content to go through the motions, not particularly worried about ragged ensemble, loose entries, or sour intonation. Hrůša may have wanted ‘Tábor’ to be beautiful and dramatic – though to my mind he took too much trouble and time shaping and slowing cadences at the expense of tension and continuity – but all we ended up with was a disjointed, bored overview more notable for an apparent paucity of invention than any spiritual commitment, a far cry from the Czech tradition. The Hussite Overture had an occasional highlight but started unclearly. The strings (16.14.12.10.8) proved surprisingly under-nourished, wanting in lyricism and bite, and the bass drum lacked presence. 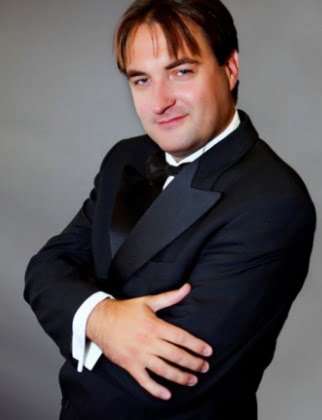 Celebrating the city as well as commemorating the composer’s father-in-law, Dvořák, Josef Suk’s symphonic poem Prague looks variously to Richard Strauss and Mahler via fin de siècle impressionism. From eerie opening and ancient hymn, glimpsing the mists of the Vltava, essaying the “juxtaposition of the personal and the patriotic”, it soars to an epic peroration, organ and bells underlining the theatre – Hussite glory, national song, the castle, the cathedral on the hill. Here, as in the brief ‘Song of the Hussites’ from The Excursions of Mr Broučeck (completed in 1920) – Janáček at his most sonically unmistakable – Hrůša secured more responsive playing. Alison Teale’s tender cor anglais contribution was especially poignant. Finally reached, the closing apotheosis rang around the Hall in triumphal cathartic splendour.

Martinů’s wartime Field Mass (1939) – variously a “vocal counterpart to Janáček’s Sinfonietta” or (Hrůša) “a small pendant” to Britten’s (later) War Requiem, specifically a cantata for baritone, male-voice chorus, woodwinds, brass, percussion, piano and harmonium, setting a Czech text by Jiří Mucha drawing on the liturgy and several Psalms – was written in Paris for the Free Czechoslovak Army, shortly before the composer fled occupied Europe for America. An arresting, tersely conceived canvas of memories, fragments and cameos, trumpets and drums, the rattle of snares, it holds the attention at many levels. Using Paul Wingfield’s 2016 critical edition, the performance – concentrated and precise, finely balanced, beautifully breathed – impressed most for the contribution of Svatopluk Sem, whose powerful voice had all the weight, timbre and projection necessary to inflame the music and offset the BBC Singers’ more white-washed middle ground. The clipped tightness of the percussion, the blown-away fanfares, Elizabeth Burley’s imaginative pianism, the nostalgia of Richard Pearce’s harmonium, made for a tinted soundscape, instantly commanding the ear and engaging the emotions.