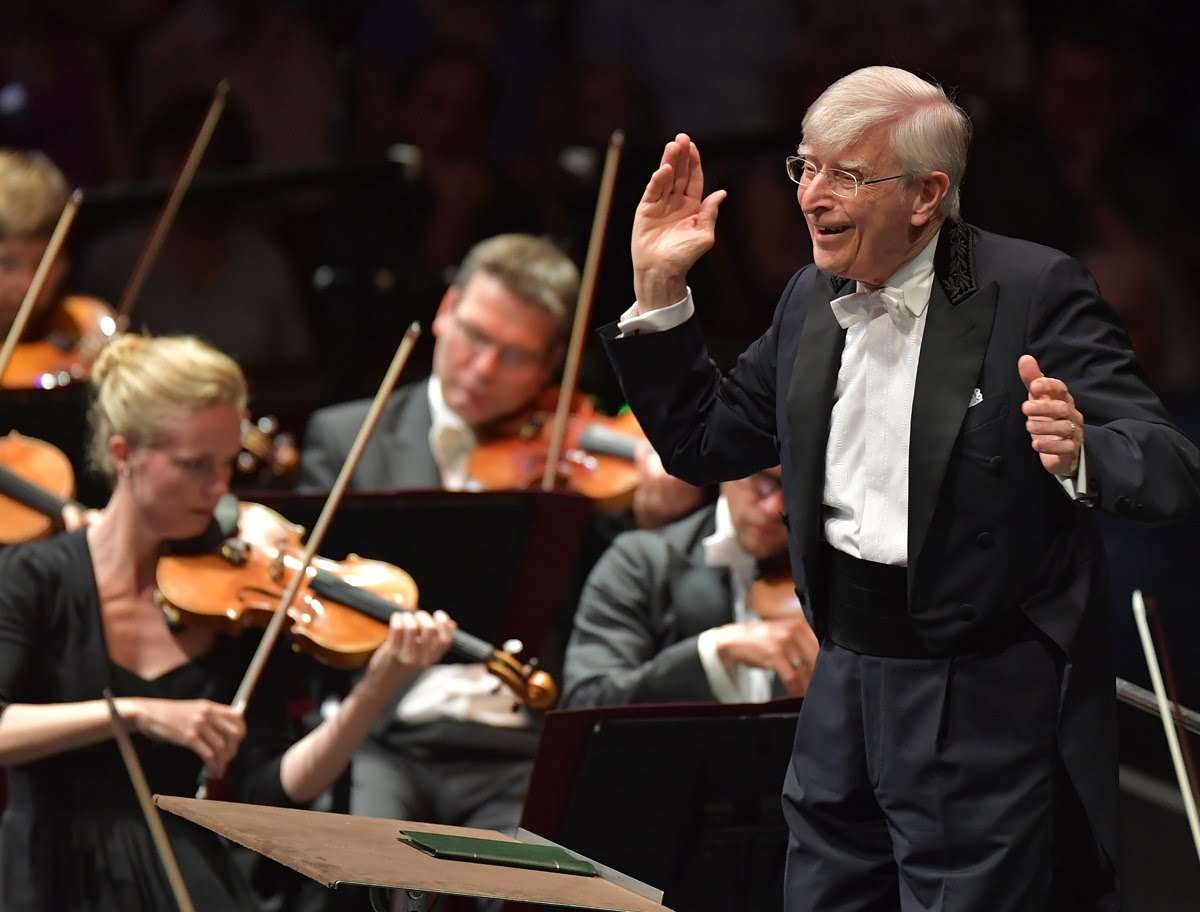 The Beethoven concert was once a regular Friday-night feature of the Promenade Concerts, but as a Monday Bank Holiday event it was greatly appreciated.

Herbert Blomstedt, recently turned 89, stepped boldly on to the platform. His score remained unopened, he didn’t require a baton; he just gave a firm downbeat to start Leonore No.2. The Leipzig Gewandhaus, one of Europe’s greatest orchestras, responded with a dramatic chord and as the sound quietened to a tense hush for the dark opening theme it was obvious that we were in for some ‘real’ Beethoven. This attention to the importance of quiet playing was a feature of the evening; to play truly softly takes considerable skill and Beethoven’s typically strong contrasts of dynamic were much enhanced.

This is only the second time that I have heard a concert performance of Leonore No.2 and no doubt the existence of Beethoven’s revised version, the far tighter No.3, is the reason for its neglect, yet it is good to hear Beethoven’s first thoughts (Leonore No.1 comes third). There is one particular moment of weakness in this loosely-designed piece where at the start of the coda the well-known theme enters in an awkward, non-rhythmic manner. Here the Leipzig brass accompaniment completely drowned it. This may not have been intentional but it was good to have one of Beethoven’s weakest moments pass by unnoticed. 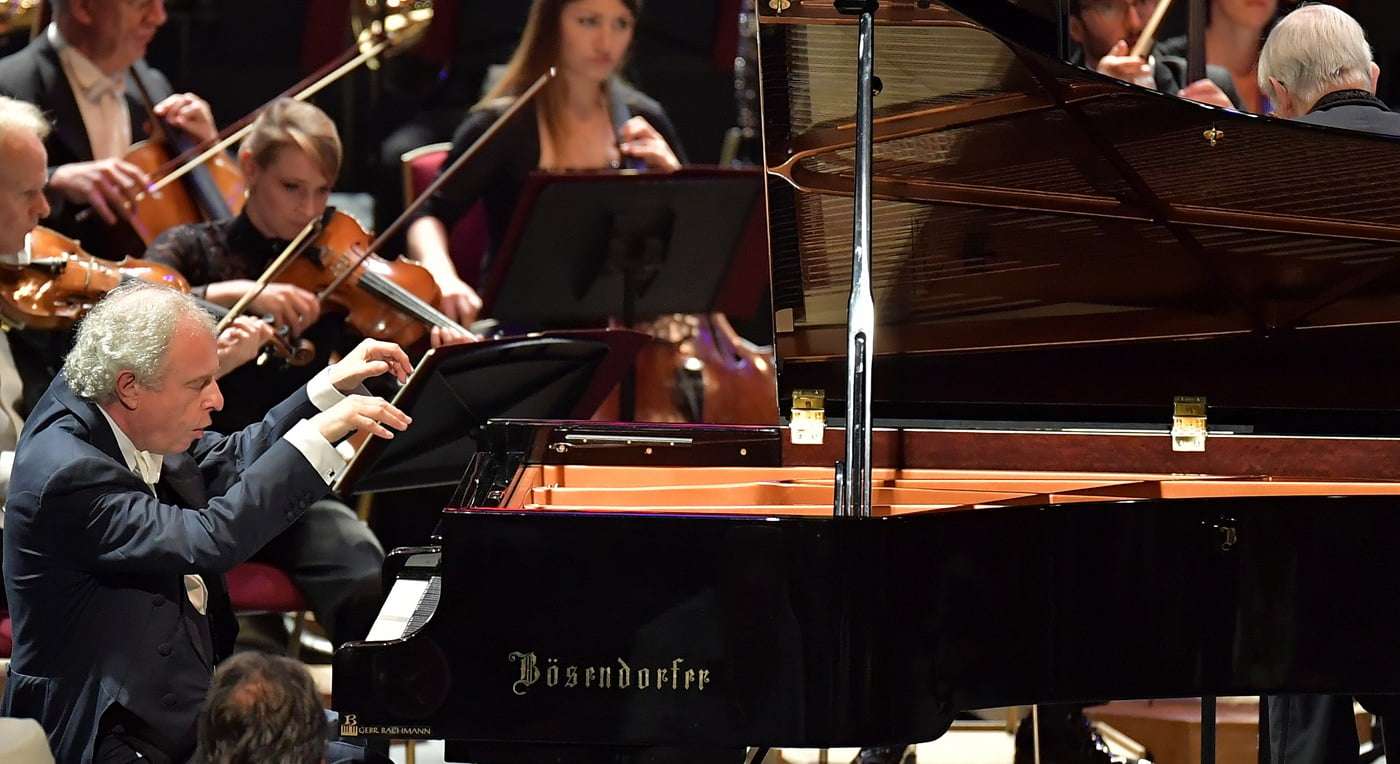 The conductor’s variance of dynamics was of advantage to András Schiff in his expressive, supremely confident performance of the ‘Emperor’ Concerto. Blomstedt favoured forward momentum, strongly pointed in rhythm with crisp sforzandos that were never overstated. This suited Schiff’s reading, an object lesson in expounding melodies with freedom without ever losing impulse. The Adagio was given with magical quietness and the most touching moment of all was the tranquillity with which the Finale was approached, which became a seamless flow into the opening theme. This Concerto can make an impact by stressing its attributes of power and majesty but Schiff portrayed its nobility graciously, his understanding of the contours of the melodies allowed him to express them meaningfully.

One of the notable elements was Schiff’s marvellous ability to play runs effortlessly, and his encore, Schubert’s E-flat Impromptu (D899/2), was full of such features, a delightful experience. 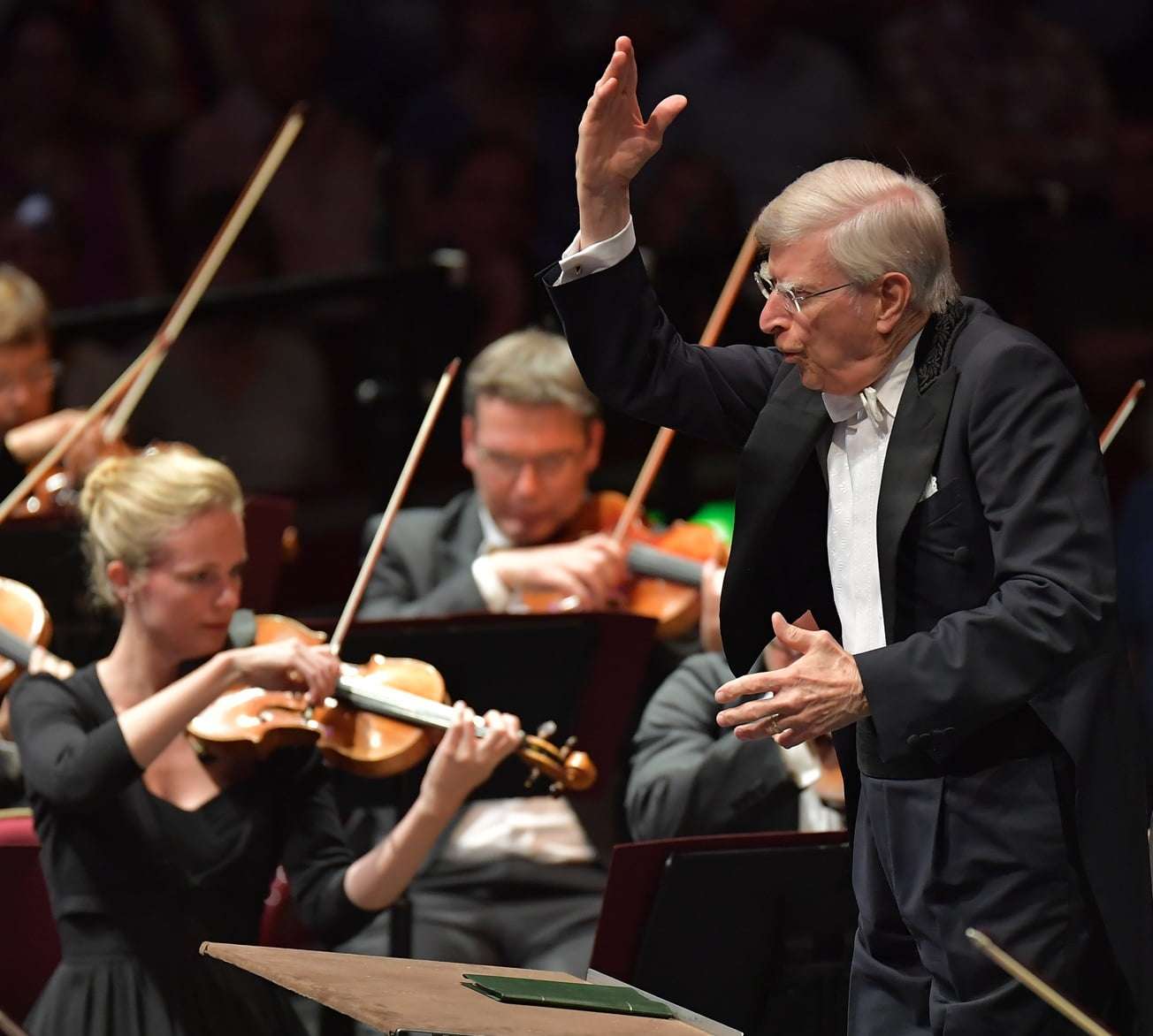 Blomstedt’s account of the Seventh Symphony was of the best in big-orchestra style. The violins were antiphonal and the winds were as per the score, with no doublings. It may not sound like a compliment when I say that the speeds for each movement were ‘average’ yet each sounded entirely comfortable with a true Allegretto for the second movement and a Trio section relating ideally in speed to that of the Scherzo, avoiding the somnolent tempo often imposed upon it.

Structurally this was a convincing portrayal of the music – all repeats were observed (including the entirely unnecessary repetition of the second half of the Trio second time round). There were no tricks of tempo and the very common tradition of starting the coda of the first movement slowly and building to the end via a long accelerando was not part of Blomstedt’s vision.

Nevertheless, there were personal elements, some of which, particularly the exceptionally quiet pianissimos in the Allegretto, enhanced the poetry of the music; others, concerning momentary changes of balance, could be surprising, such as the sequences for timpani marked forte sometimes found certain attacks being accentuated more than others. 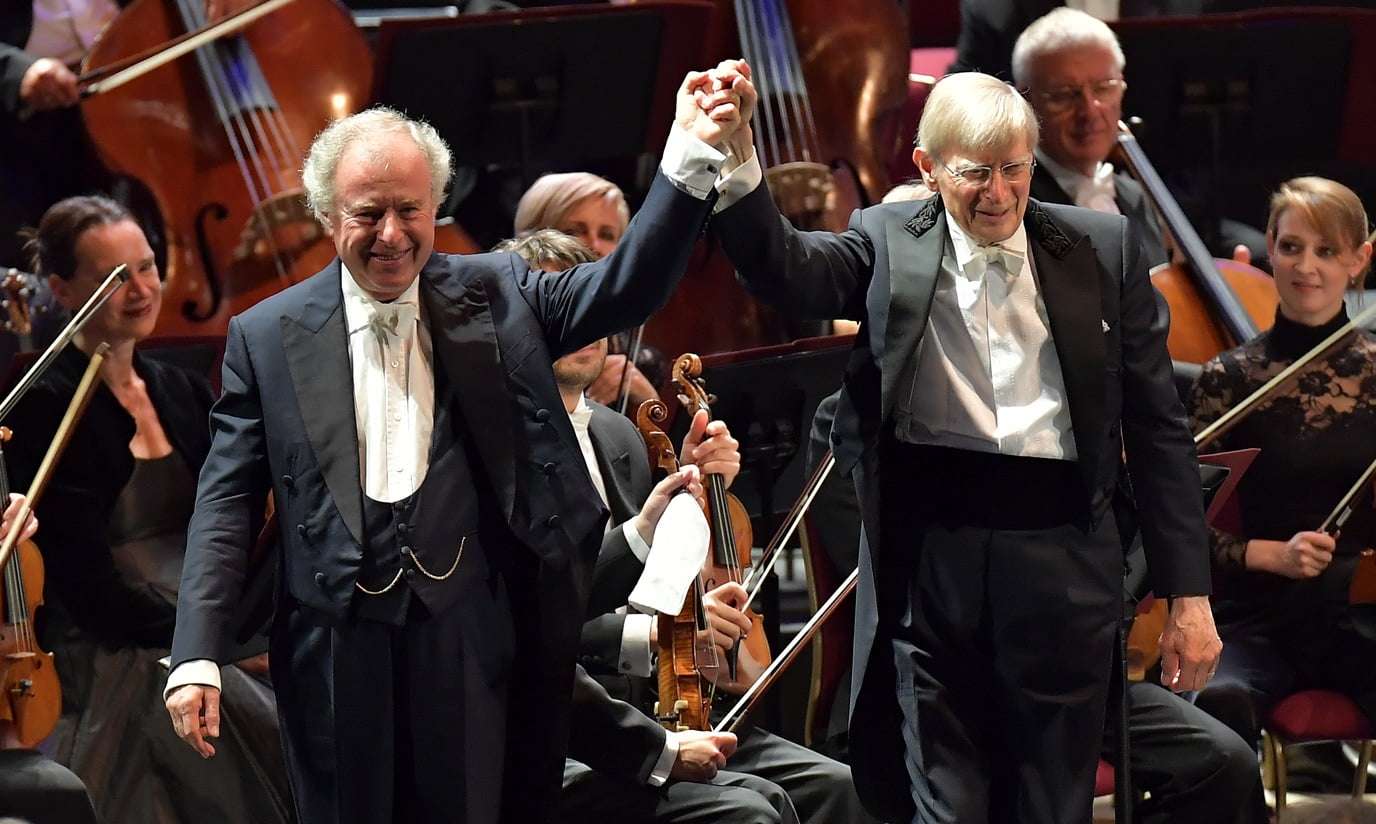 Rhythmic strength was evident throughout and bringing a strong dance element to the first movement, although in the Finale there were some questionable moments of balance – particularly when the main idea returns forcefully with imposing pairs of notes over it; I heard the loud accompaniment but the strings hardly at all. Overall, this was an exceptional performance.

In the Symphony, and occasionally elsewhere, the horns were less potent than ideal. This was not the case in the generous encore, the Egmont Overture (from Beethoven’s Opus 84), where they were let off the leash in exciting fashion, a grand ending to a memorable evening.