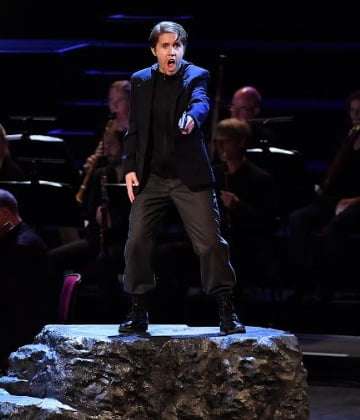 Mozart’s final opera, La clemenza di Tito, does not get as many outings as it should, and Glyndebourne’s mounting of Claus Guth’s staging shows why it should be seen more often. Despite the confines of the rather formalised and static libretto, Mozart still brings fascinating musical insight and emotion to the somewhat stock noble characters to bring them to vivid life.

In Ian Rutherford’s semi-staging, adapted from the Glyndebourne original, the split stage layout of Christian Schmidt’s designs were maintained with the front stage being the lower marsh-like wasteland, and behind the orchestra and slightly elevated were the austere, sinister corridors of power. The protagonists could easily move from one to the other. The areas on which to focus were suggested by the minimal projections onto the screens surrounding the stage, with only the depiction of falling flower petals during Vitellia’s ‘Non più di fiori’ striking an unnecessary and misjudged whiff of kitsch. Lighting was generally effective, although there were a few gremlins at play at several points when whoever was in charge of the lights on front and rear stage as well as those highlighting the anyway-distracting BBC Proms sign could not decide whether they should be on or off to very irksome effect for audience and performers alike. Otherwise Rutherford’s staging followed Guth’s psychological drama very faithfully, even if the antics of Sesto’s conspirators were overplayed before the Act One conclusion. 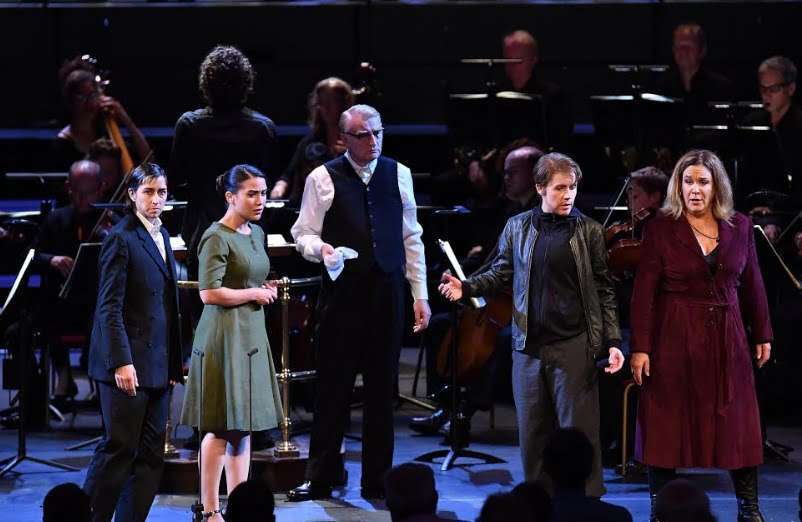 Musically, the performance was top notch. The Orchestra of the Age of Enlightenment adapted its reading from the warm and focused opera house to the more cavernous and booming space of the Royal Albert Hall with aplomb. Robin Ticciati favoured a lean sound, relishing Mozart’s spare yet evocative scoring and allowing the exquisite, almost painfully beautiful, continuo of Ashok Gupta (fortepiano) and Luise Buchberger (cello) to register at all times. Ticciati also relished the slow-burn evolution of the drama, bringing the accompaniments to the arias to vivid life – and praise to the two wonderful clarinettists, Katherine Spencer and Sarah Thurlow.

This was a strong cast. First among equals was Anna Stéphany’s superb Sesto. Vocally alluring and making every consonant and syllable tell she caught all the conflicting emotions pent up in this young nobleman to thrilling effect. Her use of dynamics was equally convincing, and she has a strong stage presence as well – totally convincing in this ‘trouser’ role. As Tito, Richard Croft also shone. In some ways he is the most conventional of the characters but Croft’s rather enigmatic portrayal was allied to great vocal nuance and sensitivity, with impressive coloratura when required. Guth’s direction made one uncertain as to whether Tito was overwhelmed, thoughtful, cunning or depressed and Croft brought all that to bear in his complex assumption. 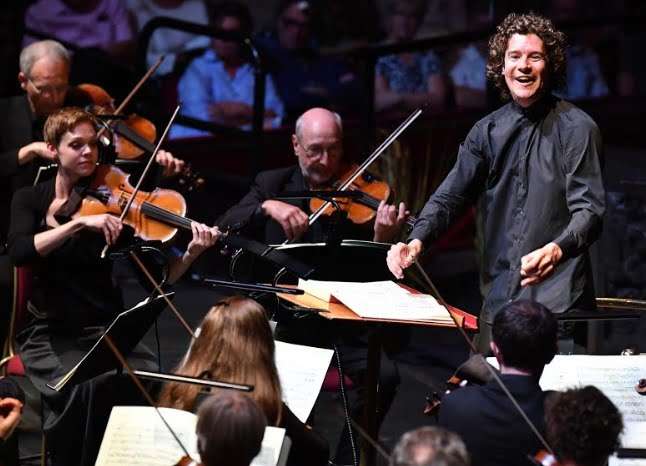 Perhaps the most controversial casting was in the role of Vitellia. Alice Coote is a singer of great intensity, able to find a range of colours and textual inflection that always brings dramatic insight. Much of the role sits comfortably in the rich lower and middle parts of her voice, but the dazzle needed for the upper flourishes of ‘Vengo… aspettate’ found her taxed – although she used this tension to good effect.

Add to this mix Michèle Losier’s attractive, honey-voiced Annio and Joélle Harvey’s etheral tones as Servilia; thus, the two most-honest characters provided contrast. Losier both blended and contrasted particularly well with Stéphany. Clive Bayley was a trenchant Publio, making the most of his material and enhancing Guth’s ambivalent direction of this possibly Machiavellian and ambitious civil servant by his economic yet evocative acting, and the Glyndebourne Chorus made its mark. Glyndebourne once again hits the mark in this thrilling and powerful performance.