“The Bournemouth Symphony Orchestra, in partnership with Royal Albert Hall Education & Outreach and Proms Learning, present orchestral music in an informal setting. Everyone is welcome: family members of all ages, children, young people and adults with autism, sensory and communication impairments and learning disabilities, as well as individuals who are Deaf or hearing impaired, blind or visually impaired, and those living with dementia. There is a relaxed attitude to movement and noise, plus ‘chill-out’ spaces outside the auditorium. The Prom features picture communication systems on large screens, audio description and British Sign Language interpretation. The orchestra is joined by its groundbreaking disabled-led ensemble, BSO Resound.” [BBC Proms website] 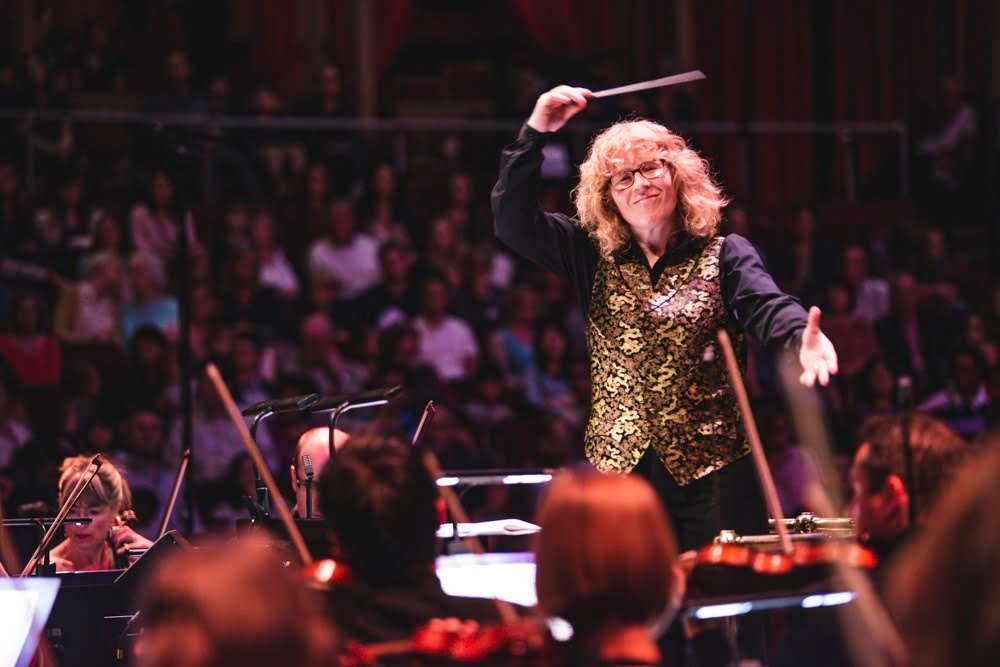 For the second year running the Proms hosted a Relaxed Prom. Open to all, without exception, this was a bite-size concert – Holst’s ‘Jupiter’ (The Planets) the longest piece – conducted with genial spirit by Sian Edwards (and on her birthday too), with the central work – new to London – played by the disabled-led ensemble, BSO Resound conducted by co-founder James Rose. Using a baton attached to his glasses (which he developed and redesigned himself), Rose led the second movement of Trembling, Hoping, Lingering, Flying by composer-in-residence Alexander Campkin, who himself has MS. ‘Hoping’ wove a gentle, warm balm throughout the hall, Campkin’s slowly rising lines, variously overlapping over a steady tuned-percussion pulse (Philip Howells), featured clarinet (Matthew Scott), flute (Kate Ridson), violin (Siobhan Clough), cello (Roger Preston) and Linnstrument (Charlotte Bott), a digital instrument made by Roger Linn. The strings and harp of the BSO offered a sumptuous cushion on which this feather-light music could float, and it ended on a radiant chord that seemed simply to evaporate. 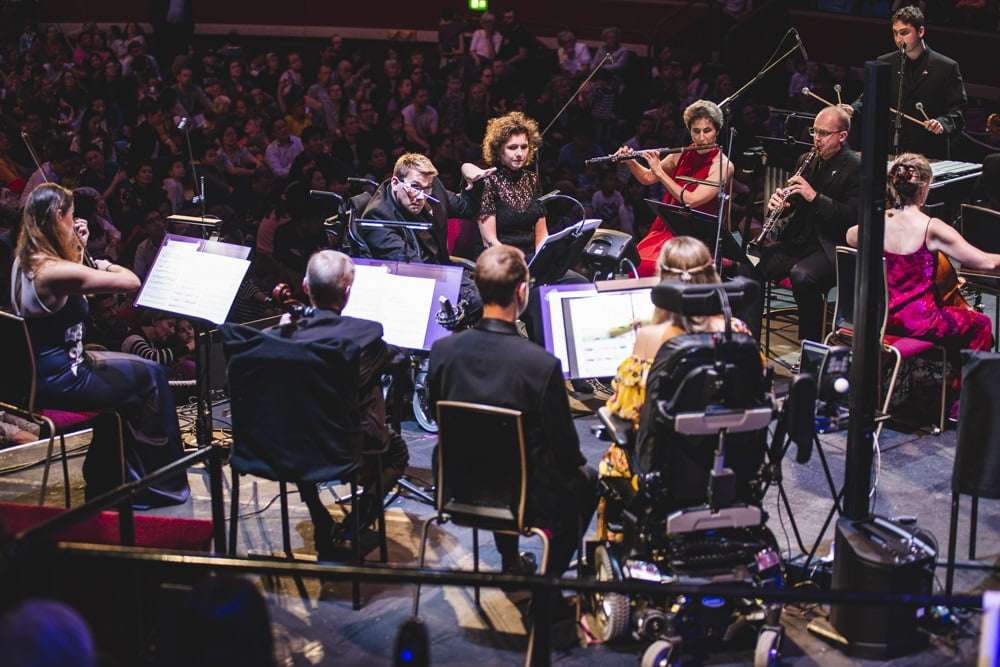 ‘Hoping had been prefaced by a film interviewing the players of BSO Resound: the simplest and certainly most direct illustration of the power of music I’ve seen, and I can’t have been the only person in the hall with tears in their eyes.

On either side of ‘Hoping’, the BSO (including Resound members) gave us some rip-roaring music from Russia, Britain and America, opening with a suitably bright and bombastic rendition of Shostakovich’s tub-thumping Festive Overture. Staying in Russia, with the brashness toned down somewhat, the Act One ‘Waltz’ from Tchaikovsky’s Sleeping Beauty Waltz cosseted us in romantic ardour, before a turn west for the end of the programme. 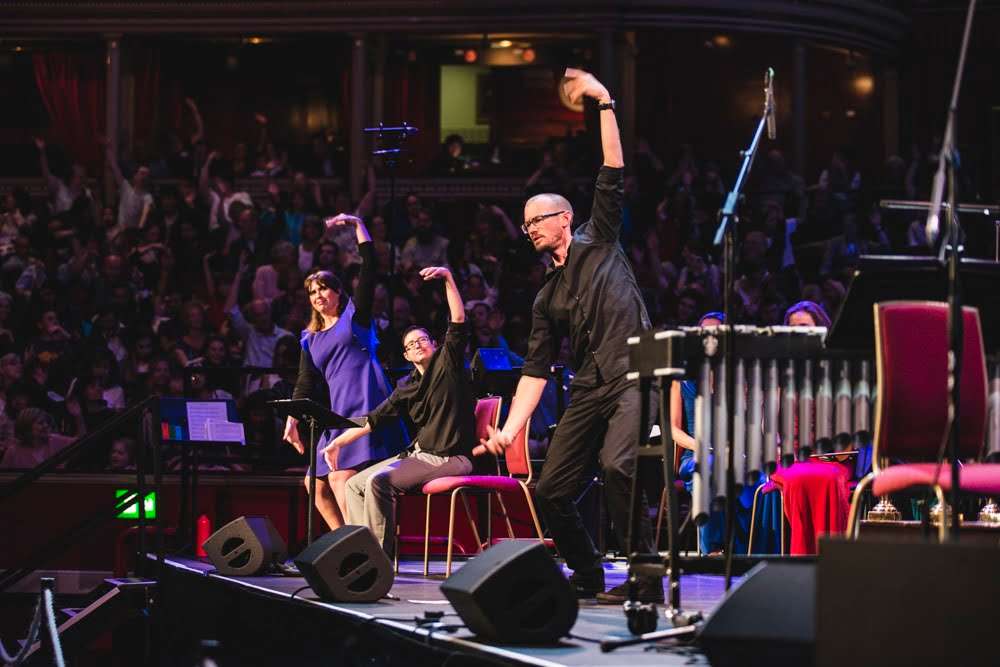 From Leonard Bernstein, the ‘Three Dance Episodes’ from Fancy Free and ‘Mambo’ (West Side Story) allowed presenter James Redwood to involve the audience in various clapping exercises and playing musical hide and seek (trumpet and piccolo in ‘Galop’; nervous clarinets, then insistent trombones in the ‘Waltz’; two flutes and violin double-stopping, then flutes and woodblock in ‘Danzon’), while before ‘Mambo’ we were divided into two halves, each having various moves and shouts to articulate. Justin Fletcher (CBeebies) was on hand to help encourage one half. So well instructed, we were perfect in our shouts of “mambo”.

We had already had a singing workout, based on the three opening notes of ‘Jupiter’ in which Redwood highlighted how that motif generates most of the music. Redwood was a genial host, aided and abetted by sign-language interpreter Julie Doyle. Each of the pieces was accompanied by specially conceived poetry by Donna Williams, a British Sign Language poet. With musical standards very high, this proved a hugely enjoyable seventy-five minutes. Redwood, the interpreters and Edwards created a convivial atmosphere and the audience repaid them with attention and commitment. As the person with me said – it was a better-behaved audience than at most classical concerts…