Bernstein
Slava! (A Political Overture)
Symphony No.2 (The Age of Anxiety)
Shostakovich
Symphony No.5 in D-minor, Op.47 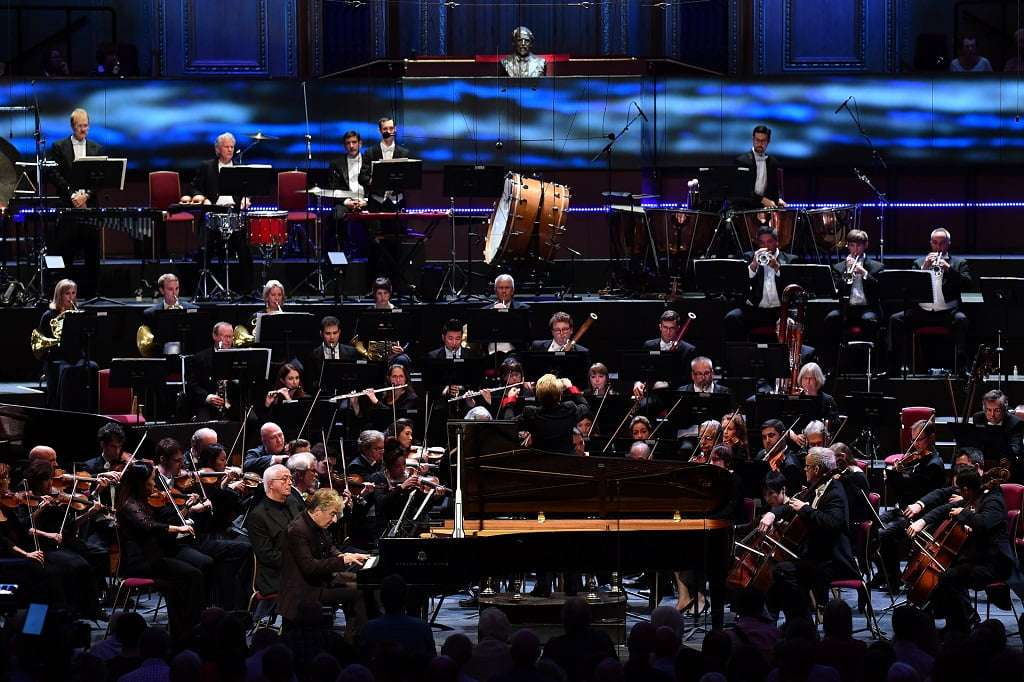 With the BBC’s extended bank-holiday Bernstein weekend drawing to its close it was no surprise to find his one-time assistant at the helm of this well-attended Prom. You can catch a glimpse of Marin Alsop in the thirty-year-old footage of Bernstein masterclasses at the Schleswig-Holstein Musik Festival (recently marketed on DVD by the C major label). Still plainly devoted to her nation’s first proper home-grown maestro, she is a powerful presence in her own right these days, not least at the Proms. And whatever your take on gender politics, it is surely extraordinary that so few bona fide Americans can be found fronting major US orchestras – there’ll be fewer still when MTT retires from the San Francisco Symphony! Alsop is exceptional in having arrived hotfoot from the Edinburgh Festival with her own Baltimore Symphony Orchestra. A nicely polished combination they make too, even if their music-making feels more than a little pale set beside Osmo Vänskä and the Minnesota Orchestra or Manfred Honeck’s Pittsburgh team. 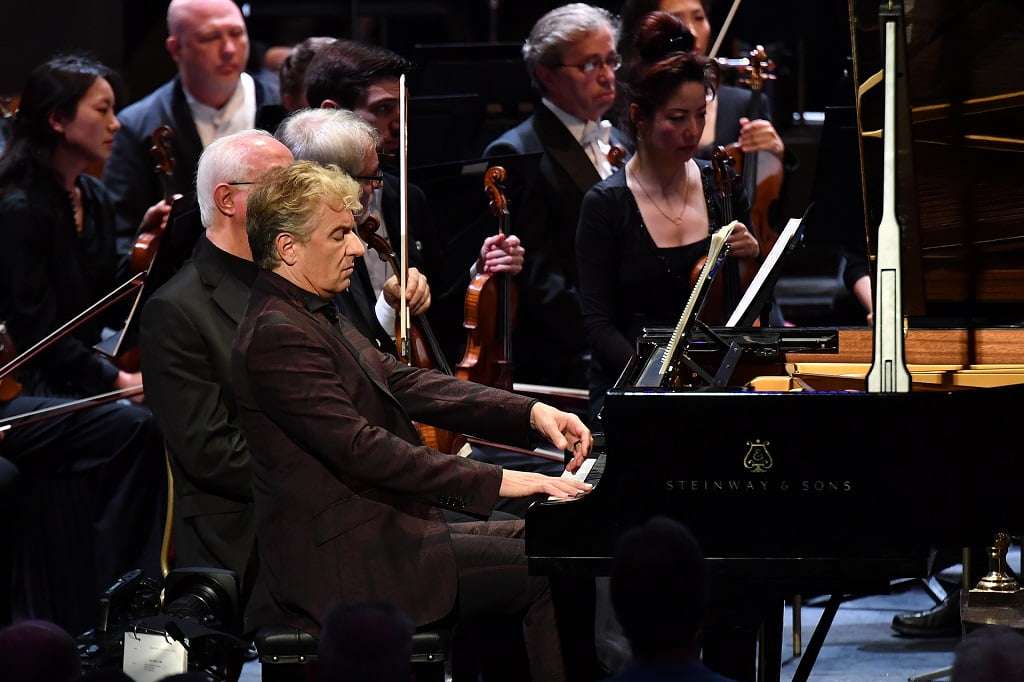 Alsop’s expertise in Bernstein’s own output can scarcely be doubted and it was good to hear a rarity alongside the now thoroughly ubiquitous Second Symphony. Slava! is new to the Proms although the problematic ‘political’ show from which it derives its main material, 1600 Pennsylvania Avenue, did get sampled here in 2015. John Wilson programmed two numbers, including ‘Take Care of This [White] House’ which seems now more resonant than ever. This Political Overture of 1977, dedicated to Mstislav Rostropovich, reflects the cellist-turned-conductor’s involvement with domestic rather than Soviet politics as incoming director of the National Symphony Orchestra (Washington DC). It is not to be taken too seriously. Alsop included its taped component of cliché-ridden political wrangling yet omitted the electric guitar meant to introduce the second theme, and the saxophone of Steven Temme certainly appeared to be out on its own. Alsop, who knows how to swing, was neater and tighter than the composer himself.

It was a similar story in The Age of Anxiety for which Jean‐Yves Thibaudet sported some kind of brown suit and darker shirt while old-fashioned enough to use the sheet music with a page-turner. No harm in that. The pianist was deft throughout, his restraint chiming with Alsop’s own tendency to circumspection. Hence the jazz party that is ‘The Masque’ was successful in its way albeit tinkly rather than thrilling. Perhaps Alsop was seeking to rein in the striving after profundity which can seem too much of a good thing in some of Bernstein’s own interpretations. There was an encore for the soloist alone, a gesture which seemed to further undermine the dubious symphonic aspirations of what we’d just heard. I assumed it was a trifle by Edward MacDowell or similar and am grateful to our editor for identifying it as the Kupelwieser Waltz which Schubert played at a wedding in 1826, the music passed on by ear until eventually transcribed by Richard Strauss. 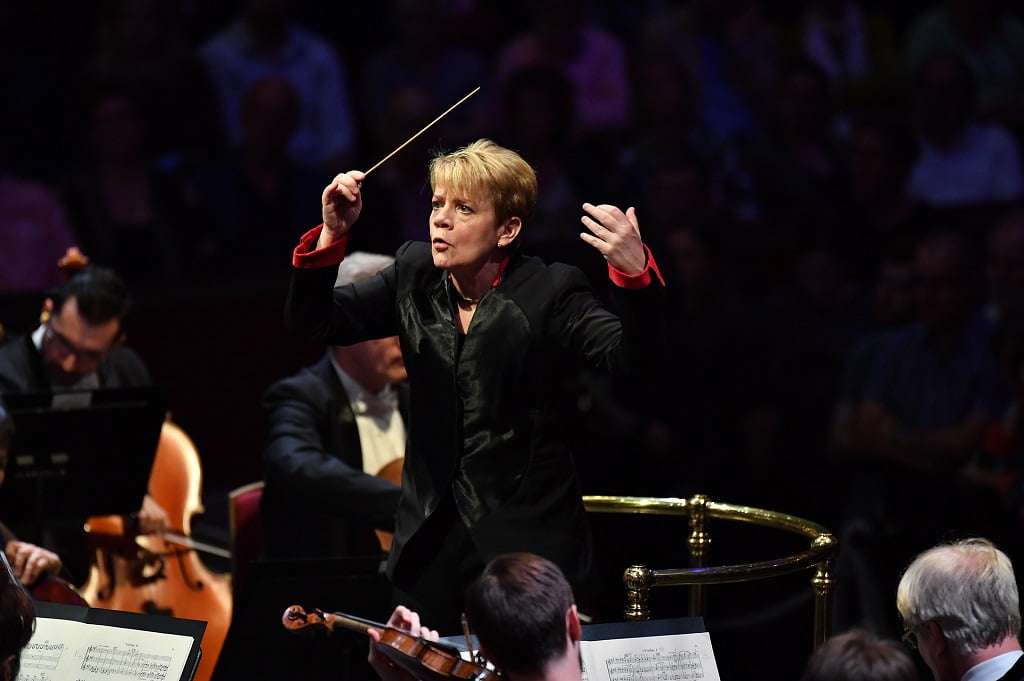 Gallic insouciance should have been banished after the interval. However, Alsop’s distinctly un-Soviet sounding Shostakovich was never really about plumbing depths except perhaps in the Largo movement where the strings rose eloquently to the challenge. The second movement came over as plausibly Mahlerlian, cellos digging in nicely. Alas the outer movements were much less successful. For all that individual sentences rang true, the paragraphs faltered and there were gear-changes which prevented the argument from building with maximal intensity. The Finale neither sped away with Bernstein’s compulsive hysteria nor beat us around the head with slow-motion dissidence, Rostropovich-style. Conducting without a score, Alsop was perfectly competent and the audience enjoyed the show but I’m inclined to doubt that her mentor would have thought the performance sufficiently intense.

The encores brought some brasher sounds. First we had a chunk from The Bolt, one of Shostakovich’s emptier scores, despatched here with suitable aplomb. Next up two random extracts from the Gershwins’ Porgy and Bess, ‘I Got Plenty O’ Nuttin’ segueing limply into ‘Oh Lawd, I’m on my way’ – a travesty of Robert Russell Bennett’s Symphonic Picture, let alone America’s greatest opera. The conductor herself took a couple of crowd-pleasing selfies which can be viewed on her Twitter feed.