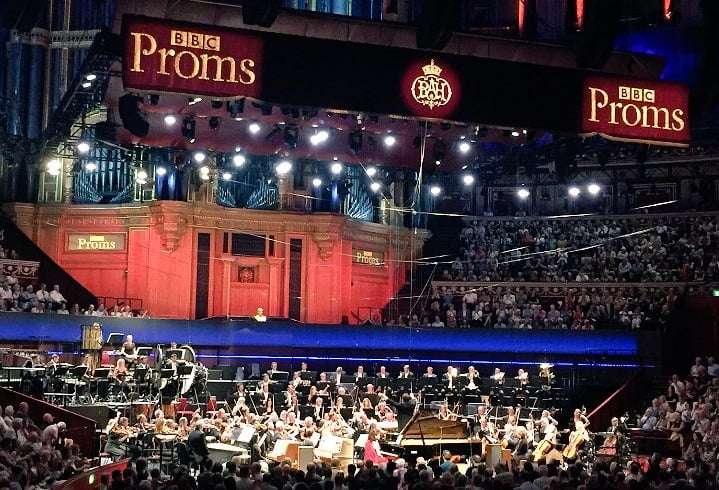 The big barn was almost but not quite full for this unlikely pairing held together, however loosely, by two of this year’s Proms themes: the musical legacy of French Impressionism and the role of Leonard Bernstein, not just as composer but as champion of the new. The American maestro, who could sound a little condescending when describing the structural limitations of Gershwin’s Rhapsody in Blue, conducted An American in Paris with suitably idiomatic fervour into his mid-career. It was Messiaen’s Turangalîla he dropped, despite having conducted its premiere with the Boston Symphony Orchestra in 1949. Yvonne Loriod’s tumultuous piano part was taken here by Angela Hewitt, equipped with a tablet in lieu of sheet music and coping with the mainly swift, distinctly twenty-first-century tempos favoured by Sakari Oramo. Cynthia Millar was the other named soloist, incarnating Ginette Martenot at her brother’s instrument. It was Millar’s sixth such performance at a Prom.

Following Turangalîla’s New York premiere (with the same forces) in Carnegie Hall, Cecil Smith wrote that “the trashiest Hollywood composers had met their match”. Bernstein, no stranger to accusations of vulgarity, recorded only Messiaen’s earlier Trois petites liturgies during his stint with the New York Philharmonic. Pierre Boulez, his successor there and a composer-conductor of a very different stripe, pointedly preferred to champion other Messiaen scores, usually those in which his former teacher appeared to be moving onto his own aesthetic turf. He did however programme selected highlights from Turangalîla at a 1973 Prom. Times change! The work is now a draw notwithstanding its abandonment of conventional notions of flow, tension and development. There were a few walkouts even in 2018 but plentiful applause is now guaranteed. It was all great fun even if a Nokia phone added a coda to the eighth movement and Messiaen’s own rhetorical gestures were sometimes downplayed. 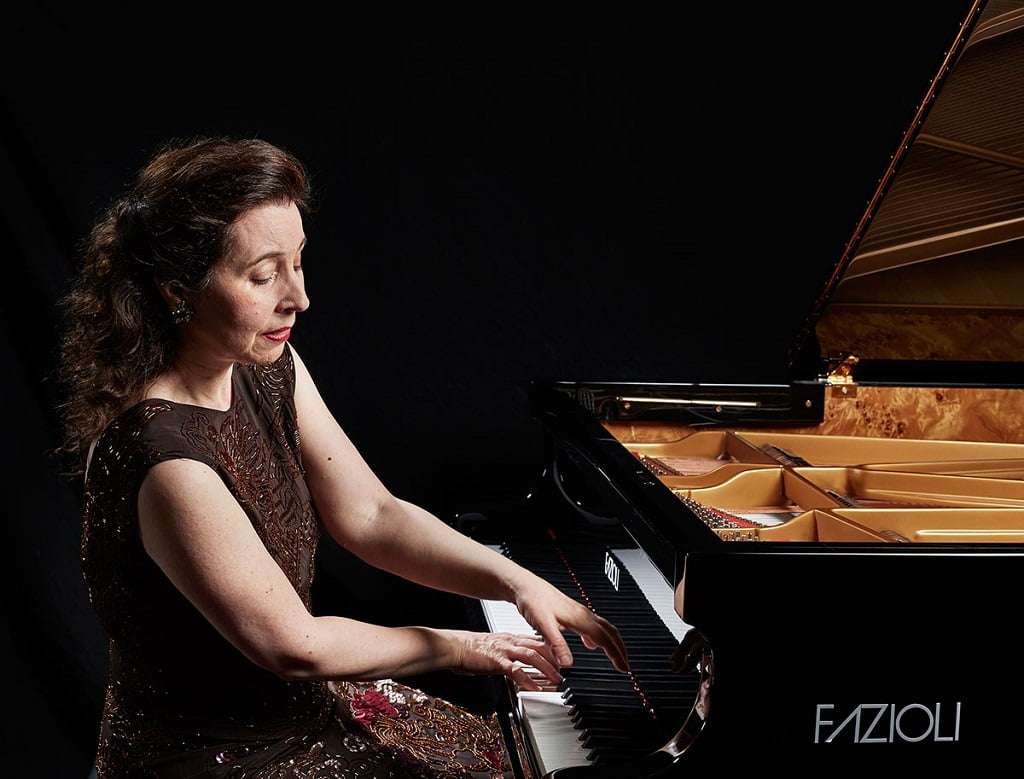 Was Oramo’s interpretation designed to avoid the suspicion of routine that can creep into renditions of music that once seemed crazily exotic and outré? This was nothing like as deliberate as the eighty-five-minute timing suggested in the revised 1990 score. The work’s final chord fell somewhere between minimal shamefaced consonance and the vulgar/ecstatic twenty-second jobs favoured by some, the indication being très long.

In other respects Oramo was something of an extremist. There being no consensus about how hard and how fast to push the main body of this ‘Final’ (tenth) movement, q.v. similar debates about the ‘Sacrificial Dance’ that concludes Stravinsky’s Rite or the ‘Danse générale’ at the end of Ravel’s Daphnis, Oramo took it at a sprint. The results were not quite clean enough, nor could they be so given the nature of the acoustic. Hewitt’s eloquent but soft-grained playing tended to be swallowed up too. The wonderful ‘Jardin du sommeil d’amour’ sixth movement was dreamy and chaste, remote from the intermezzo-like tempo indicated in Durand’s 1953 publication, but also not quite erotically charged enough to justify the slower one recommended later.

First though came the slightly mysterious new critical edition of George Gershwin’s American in Paris. Perhaps only die-hard fans and audience members investing in the printed programme will have been aware that Oramo was introducing us to a subtly different score. But now the plot thickens. Did the commissioned note fail to arrive, leading to some last-minute hunt for something suitable? The booklet contained an article on the conventional version of the work, erroneously crediting this to the estate of Robert Maycock. It was in fact written by yours truly sometime last century.

Copyright issues apart (advices gratefully received) one was of course left floundering when it came to any consideration of the new edition vis-à-vis the music-making. As usual in an Oramo-directed account there were many pleasures to be had in the cool luminosity of well-scrubbed textures and carefully shaped string lines but sluggish transitions and phrase-end dawdling made Gershwin’s symphonic poem feel more sectional than I’ve ever heard it. Was that Oramo’s idea or the new editor’s? It goes completely against what we know of the composer’s impetuous keyboard style. I clocked two puzzling cuts. The orchestration is tweaked and seemingly lightened. The most obvious change is the restoration of the more naturalistic tunings apparently intended by the composer for his car-horn passages. Distancing himself from Bernstein’s take on the composer, Oramo has argued that “Gershwin was really precise and very demanding in terms of the correct interpretation of his work” and that it was “because he died so young he was unable to establish definitive versions of his works…”. Yet apart from anything else this Gallic interpretation lacked idiomatic swing. The big tune, characterised within under-the-note bluesy inverted commas on its arrival, proved stiff as a board when elements of it were reprised.

A peculiar evening then but plenty to think about!