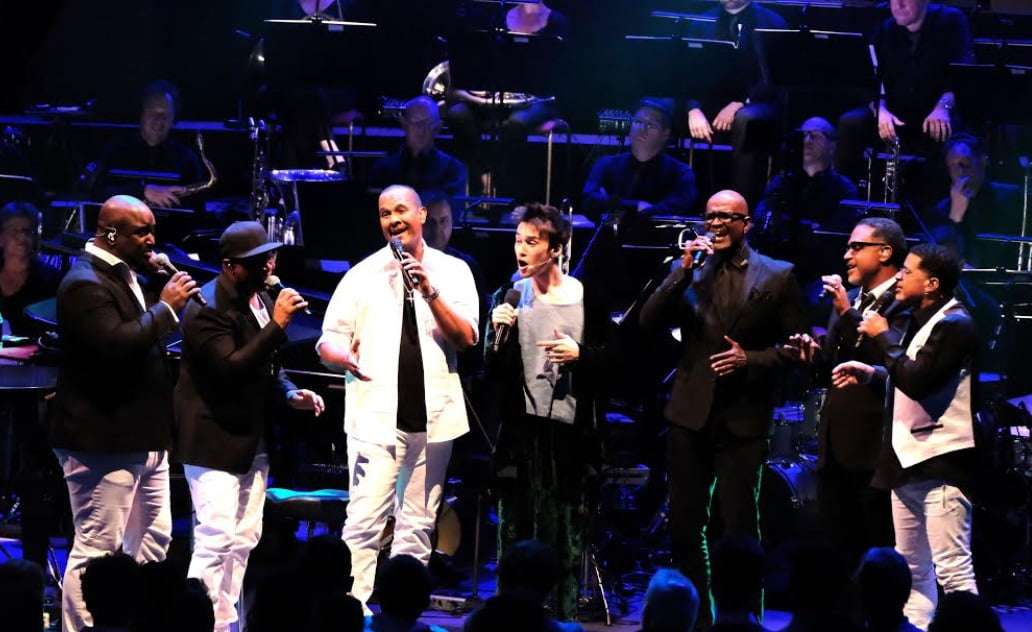 Before a note even sounded, Jacob Collier received an emphatic response as he entered the Royal Albert Hall. His musical journey has been spectacular. The viral success of his YouTube videos in 2012 of the then-eighteen-year-old self-taught multi-instrumentalist arranging and producing music from his room in North London generated a great deal of excitement. Collier has since attracted an international following, hailed as a prodigious talent by Quincy Jones.

In hosting his Prom, Collier launched full-throttle into a genre-shifting repertoire, combining his original compositions with innovative arrangements of other artists such as Sting, Stevie Wonder and Lionel Richie. His self-penned piece, ‘Don’t You Know’, blended synthetic sounds with traditional instruments, his vocals modulated through a vocoder. Collier flitted deftly from keyboard, to bass, to tambourine – with energy and a passion for his craft. 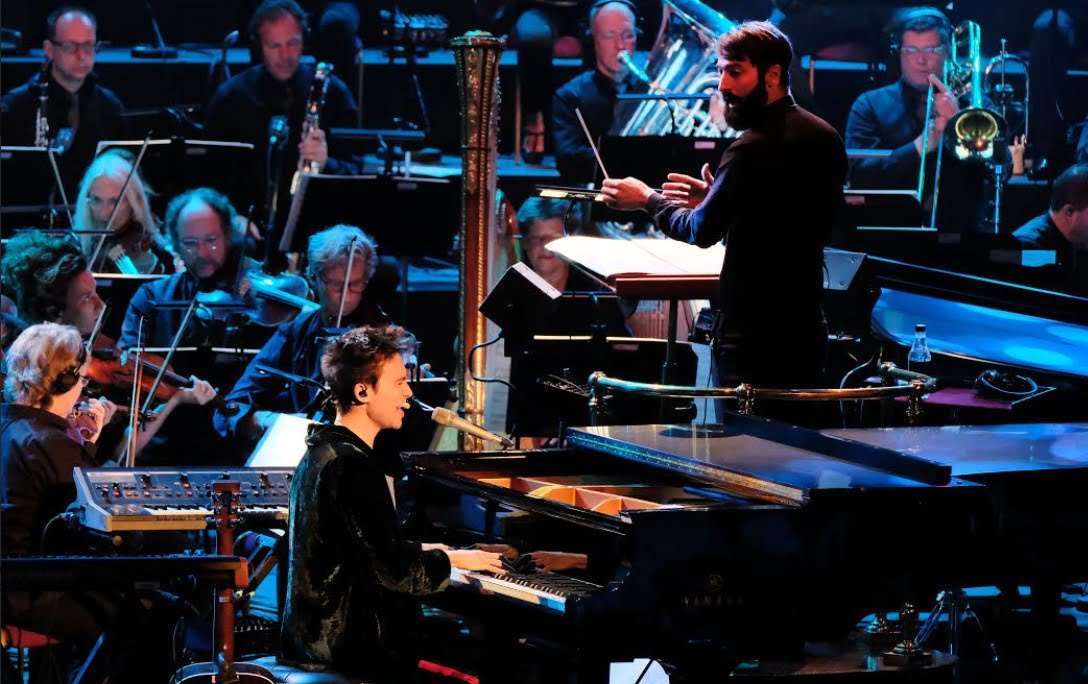 Collier’s Friends spanned a range of musical genres. Sam Amidon’s bluegrass-tinged tones merged with funk-infused guitar rhythms in ‘Pat Do This, Pat Do That’, while Becca Stevens’s folk sensibilities lent a reflective quality to ‘Ocean Wide, Canyon Deep’. A joyfully energetic performance of ‘Moulay Ahmed’ featuring Moroccan musician Hamid El Kari and his band was a highpoint of the evening, a bold and thrilling fusion of North African Gnawa music with Collier’s soul-influenced vocals.

Collier explored the range and depth of the human voice as an instrument, displaying a dizzying range, effortlessly shifting from tenor to falsetto in ‘Hideaway’. The a cappella group Take 6 served Stevie Wonder’s ‘As’ in delicious harmonic layers, reflecting experimentation with polyphonic structures.

Jules Buckley and the Metropole Orkest provided gorgeous arrangements, positioning Collier as the focal point. He dominated the stage, with confidence and remarkable presence, ultimately demonstrating his strength as an arranger in a joyful encore, where he managed with skill and ease to coordinate the audience into sections, singing a harmonic reprise and wreathed in smiles.