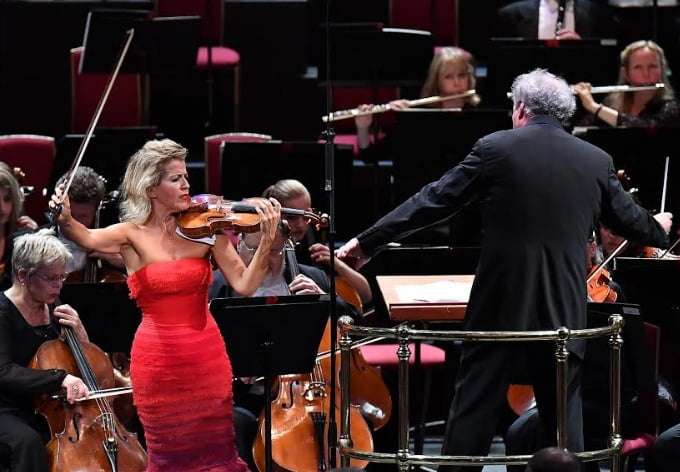 The Pittsburgh Symphony Orchestra, currently embarked on another of its whirlwind tours of Europe’s top music festivals, returned to the Proms for its twelfth visit with a very special guest in tow. As in 2011, the crowd-puller was Anne-Sophie Mutter, this time determined to make the Dvořák Concerto indisputably her own. I was not present in 1986 when she first gave the work at the Proms. These days she divides the critics. Sceptics tend to deride her latter-day readings as over-egged, dwelling on her strapless gowns or her fees rather than her musicianship – there is of course more to it than that.

This was not an account of the Dvořák content to let the composer carry the day unaided. The high-lying violin-writing (which Mutter believes has hindered the Concerto’s acceptance quite as much as its structural novelty) was dispatched with incomparable courage and fire. That said, her abrupt switches from gloopy romanticism to a super-refined vibrato-less whisper could scarcely be described as unselfconscious. There were numerous stabs at a distinctively Bohemian mode of expression in the Finale (and Manfred Honeck, a frequent collaborator, was with her all the way), rather less in the way of natural songfulness and intimacy. Mutter could never be fairly accused of resting on her laurels or merely coasting: that pressurised vibrato-rich tone is challenged first and foremost by the artist herself. The predictable Bach encore was the ‘Gigue’ from the D-minor Partita, BWV1004.

The Honeck/Pittsburgh partnership, though often described as the most central European of American teams, is capable of producing sounds both loud and brash. That was certainly the case in the opening work by John Adams, a lolloping dollop of post-modern jollification written for Simon Rattle and championed by MTT. Enjoyable as it was, it sat rather oddly with the rest. 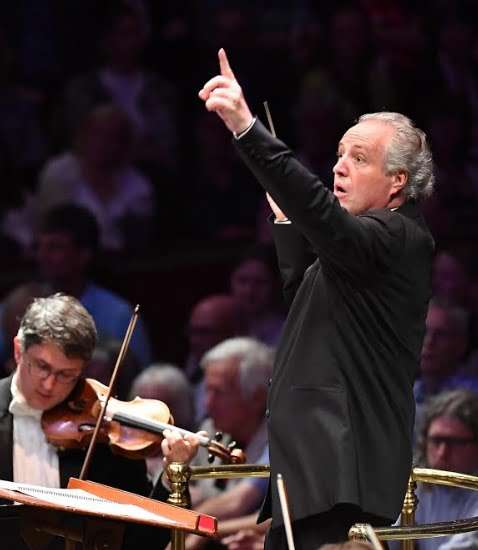 The Mahler confirmed that the American physicality of Pittsburgh’s brass section, still rowdy at times, is now better integrated than on previous visits. Indeed this was a mightily impressive display by the whole ensemble, beginning with the utmost delicacy and ending in no-holds-barred splendour. When the First Symphony was given its British premiere by Henry Wood during the Proms season of 1903, it is unlikely to have sounded anything like this. Its idiom is that much more familiar to today’s players and Honeck, a sometime Abbado assistant who spent years as a violist in the Vienna Philharmonic under such as Leonard Bernstein and Lorin Maazel, brings a wealth of insider knowledge to what has become one of his signature pieces.

While both the first and second movements demonstrated Honeck’s fondness for whipping up a storm as the curtain falls, the Scherzo was at times notably sturdy, a self-conscious study in rustic regionalism. Mercifully the third movement was launched with a double bass solo: Honeck had no truck with the recent vogue for allocating this minor-key ‘Frère Jacques’ variant to the whole section. Was the playing too plush even so? Here at least the strangulated effect produced in 1903 may have been closer to Mahler’s original conception.

Honeck revealed more of his inner Carlos Kleiber – a matter of height and demeanour as well as technique – in two encores. Josef Strauss’s Die Libelle (The Dragonfly), a mostly tender polka-mazurka, provided welcome relief after the storm-tossed intensity of Mahler’s Finale, while the brasher Furioso-Polka came from the pen of Johann Strauss II – neither seemed obvious choices to we non-Viennese. Like Kleiber, Honeck likes the second violins on the right. Rubato was ubiquitous, dynamic range maximally extended.

Not everything was plain sailing. There was disruptive coughing throughout – couldn’t we have an announcement and/or a note in the programme booklets to discourage the rampant excesses of bronchitic patrons? – not to mention some desultory applause before Mahler’s Scherzo.

Notwithstanding the above, the protracted closing ovation seemed like an expression of genuine enthusiasm for the band’s exalted technical standards and extrovert, old-school expressive candour. I doubt we will hear many better prepared accounts of mainstream fare during the coming season.