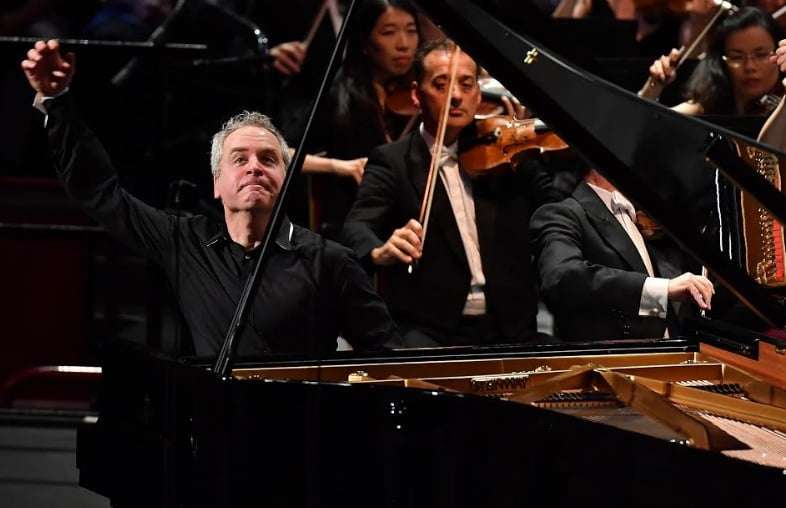 Nestled between a sequence of five concerts from overseas orchestras and a run up to the Last Night of the Proms, two evenings from the Vienna Philharmonic and András Schiff’s late-night Bach, it was perhaps to be expected that the house orchestra’s eleventh and penultimate appearance, with a debut conductor to boot, might be the night that even the most ardent Prommers might take off. But nobody told the BBC Symphony Orchestra and Karina Canellakis that, because together they were out to match the excellence of the Pittsburghers the night before and lay down a marker for the Vienna Phil. Someone from BBCTV knew there were good things brewing (or had been tipped the wink) as it was recorded for broadcast on BBC4 this Friday night. Don’t miss it.

This conjunction of repertoire serendipitously fell into the category by which Jeremy Denk introduced his encore: “Now for something completely different.” We travelled back in time from a twenty-first-century opener, a twentieth-century Piano Concerto and a nineteenth-century Symphony. Together they built into a supremely satisfying whole. 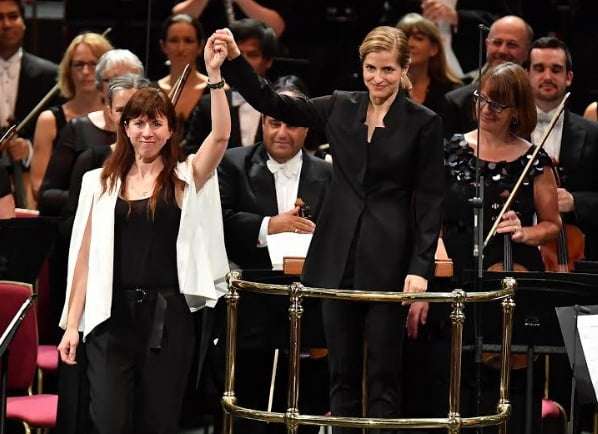 It turned out that Canellakis has played at the Proms before, as a violinist in the Chicago Symphony with Haitink in 2010. However, Missy Mazzoli was a true Proms debutante with her Sinfonia (for Orbiting Spheres). She is claimed as an arch-minimalist and the work was much more subtle than I might have expected. It magically and mystically portrays the circular orbits of planets in a solar system, and has an ethereal soundworld that evokes the infinity of space, through which the planets circulate in their own planes and speeds. Almost completely comprised of slow tempos and looped motifs, Mazzoli’s other-worldly sounds are heightened by harmonicas played by various members of the orchestra, with a percussionist also doubling as a melodica player. Inspiration also comes from the Medieval hurdy-gurdy, an early name for which was “sinfonia” – hence the title of the piece. Atmospheric in its glittering sensuousness – very much space music (film-music composers will need to take note) – there is a sheen of radiant harmonies, occasionally interrupted towards the end with the gruff yowl of a Lion’s Roar, encouraging the trombone section, before evaporating away. 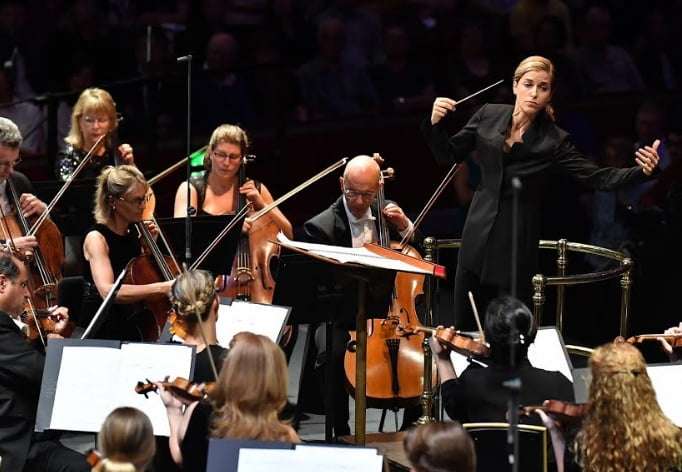 So to the acerbic style of Bartók’s Second Piano Concerto. The composer played it at the Proms in the 1935-36 Winter Season under Sir Henry Wood. With Jeremy Denk crystal-clear at the keyboard, if sometimes obliterating the quieter passages in the first movement (scored for woodwind, brass and percussion), the Concerto was nicely conceived, from the Baroque, rhythmic opener, via the night-music of the tripartite central edifice, to the folk-driven Finale. Denk made light of the technical difficulties, and clearly loves the work, collaborating in a performance that was both enlightening and absorbing. His Monty Python introduction to his encore led to a sublime Andante from Mozart’s C-major Sonata, K545, a contemplative gem.

Following the interval, Dvořák’s Symphony No.8 was given a performance of outdoor charm; direct and sometimes brazen, but always lovingly. It was amazing to hear the connections with Mahler’s First heard the previous evening; reminding one more forcibly than ever how much Mahler was a Bohemian composer. Even the brass-fanfare motifs in the slow movement seemed to have the basis of the military bugle calls that Mahler was wont to include. There was sterling solo playing and Canellakis directed an organically unfolding rendition, and a great rapport with the BBCSO.