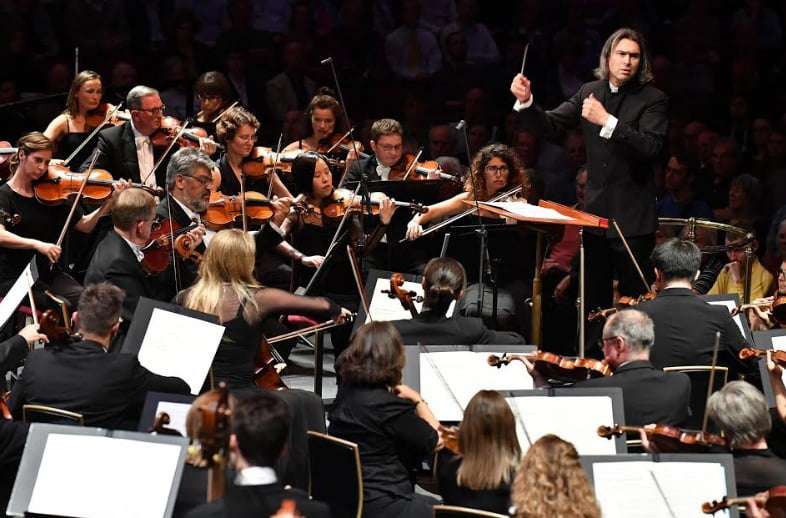 This London Philharmonic Prom opened with the lost-and-found Funeral Song (see link below), written in 1908 by Stravinsky to honour the deceased Rimsky-Korsakov. It had a performance in January 1909, St Petersburg, and then a second one there more than a century later… since then it’s travelled (Salonen did the UK premiere). Funeral Song is an ambitious piece – dark, brooding and with long melodies – Wagner is in the background if with Liadov and Rachmaninov in more-defined profiles. Apart from anticipations of the waiting-in-the-wings Firebird ballet, there is not too much to suggest Funeral Song is by Stravinsky, but it’s an intriguing addition to his catalogue. It would have been instructive to have gone straight into ‘Song of the Volga Boatmen’, arranged by Stravinsky without strings, a solemn woodwind/brass ceremonial that in these colours recalls Mussorgsky.

To the fairy-tale and wintery scenes of Prokofiev’s First Violin Concerto (completed in 1917, a significant date in Russian history), Alina Ibragimova and Vladimir Jurowski collaborated for a rendition that obliged the attention and found the LPO as sensitive and charismatic partners. Opening confidentially, Ibragimova was alive to the caprices of the first movement, the mood-changes made intrinsic, and it closed with the ‘magic flute’ of Juliette Bausor. In the sardonic and spiky Scherzo, Ibragimova didn’t rush and was therefore able to bite into the music, the LPO tactile to her machinations although the tuba was curiously subdued, audible if not outspoken enough; nevertheless the music swarmed and buzzed. In the Finale, as generally moderate as the first movement (maybe serving as a structural guide to William Walton in his three string concertos), Ibragimova seduced with lyricism, rose to an impassioned climax and then the music reminisced as if thawed. Her tone, technique and musicianship, aided by the LPO in fraternal form, married sound to images and brought out Prokofiev’s carefully crafted expression and insignias as if the ink was still wet. Ibragimova’s encore was the fantastical first movement of Ysaÿe’s Sonata No.5 (see link below to a review of her recording).

This was a generous programme. It’s not every day that Shostakovich’s mighty Eleventh Symphony shares a concert’s half with anything. But Benjamin Britten’s Russian Funeral (1936) was an apt choice. Scored for brass and percussion, this, like Funeral Song, fell off the radar as soon it had been performed, and wasn’t heard again, or published, until more than forty years later, after Britten’s death. The young Britten’s socialist and pacifist leanings are evident in this short if striking score, invasion and war in the air: mournful percussive steps and wailing and viperish brass do not necessarily suggest Britten, but the cleverness of the piece does; and these LPO members played it with much resource. 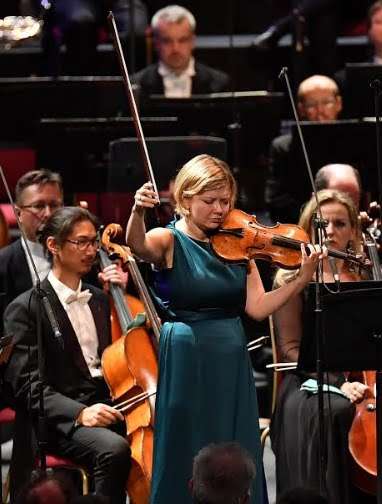 The Russian Revolution and its musical aftermath is a theme of this year’s Proms. Good that Shostakovich’s Twelfth Symphony has already been included (conducted insightfully and brilliantly by Vasily Petrenko) and now its predecessor is aired, concerned with the first (failed) Revolution. Symphony 11 (completed in 1957) was composed contemporaneously to the Hungarian Uprising and in which Shostakovich uses revolutionary songs (one also utilised by Britten). Performance timings are wide in this work, from around fifty-three minutes (Kondrashin, my intro) to over seventy (Rostropovich). Both are wonderfully persuasive (there are recordings), so too Jurowski with his fifty-nine (recently given in Bucharest), as other conductors have been (concerts from Bychkov, Metzmacher, Pletnev, Slatkin, et al, with their hour and various minutes).

The opening ‘Palace Square’ issued a chilled air, eerie, with ghostly fanfares and coded timpani, the Adagio tempo sustained, made compelling – these are strong musical ideas to create a potent atmosphere – before the swirl of ‘The Ninth of January’ enters, music of surreptitious networking, setting the scene for conflagration, as the rebellion is put-down; there is a filmic aspect to this Shostakovich Symphony and Jurowski might well have ‘let go’ more, not least with the vicious repression of the uprising. In ‘Eternal Memory’ the activists lick their wounds and remember those lost. The LPO’s viola-players eloquently essayed this lament for the fallen before a fervent outpouring, Shostakovich at his most Tchaikovskian. With ‘The Alarm Bell’ Finale bursting in (the Symphony’s span is unbroken) Jurowski again opted for deliberation rather than wide-screen graphics, although he built the hammered-out climax remorselessly, before Sue Böhling’s deeply expressive cor anglais solo over barely-sounded strings. The mutineers re-group for further fighting – 1917 is to be the year, with indebtedness to the 1905 insurgence. The grimly determined coda is brightened by bells, here the clangour of the church variety. Some conductors opt for a sustained tintinnabulation, whereas Jurowski went for an abrupt cut-off, his statuesque figure claiming a few seconds of silence. On reflection, not the most overwhelming account of this underestimated score, but one that saw the piece whole and which was impressively played throughout.