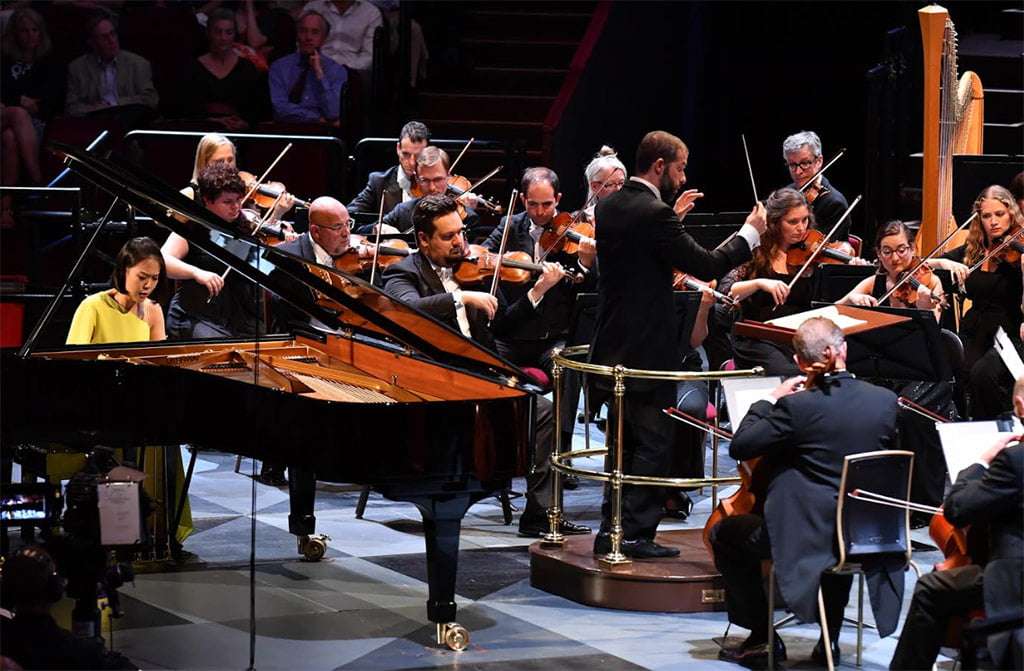 In his debut appearance at the Proms – as Chief Conductor designate of the BBC Philharmonic – Omer Meir Wellber ranged over three centuries’ worth of music with four bold works from the Austro-German tradition that were all ground-breaking in their various ways.

Mozart’s Piano Concertos from the mid-1780s achieved a new symphonic complexity, not only on account of the ambitious keyboard parts he wrote (generally for himself to play) but also due to their enriched scoring with woodwinds. Wellber launched a generally brisk, no-nonsense reading of K450 in which telling contrast was brought about not so much within a given section as with the manner in which he drew back for more-lyrical passages (such as the first movement’s second subject) and created a hushed, even fragile atmosphere for the Andante. Otherwise, phrases tended to be clipped and the music’s course driven but without any particularly discernible goal. Yeol Eum Son provided a crystalline musical presence, with demure cadenzas (Mozart’s); but, poised though her and Wellber’s interpretation was, there are greater depths that can be mined even in this most amiable and relaxed of WAM’s Piano Concertos.

The German-born, Israeli composer Paul Ben-Haim wrote his Symphony No.1 (1939-40) in the years after he emigrated to what was then the British Mandate of Palestine. Mahler remains the predominant influence, but Ben-Haim also sought to assimilate more-Semitic strands into his music, using songs, chants, and dances to create what would be regarded as an Eastern Mediterranean style. In Wellber’s hands the development of the first movement’s terse and wide-leaping motif was held together by the propulsive force he built up. That purposeful stride somewhat fizzled out, however, in both this first and in the final movements in favour of a merely well-executed traversal that created a lot of bluster if not so obviously a semblance of structure (though that could equally well be the fault of the composer as the conductor). The slow movement – entitled ‘Psalm’ owing to its use of a traditional setting of one such text from the Jewish scriptures – fared better with lush and evocative textures. 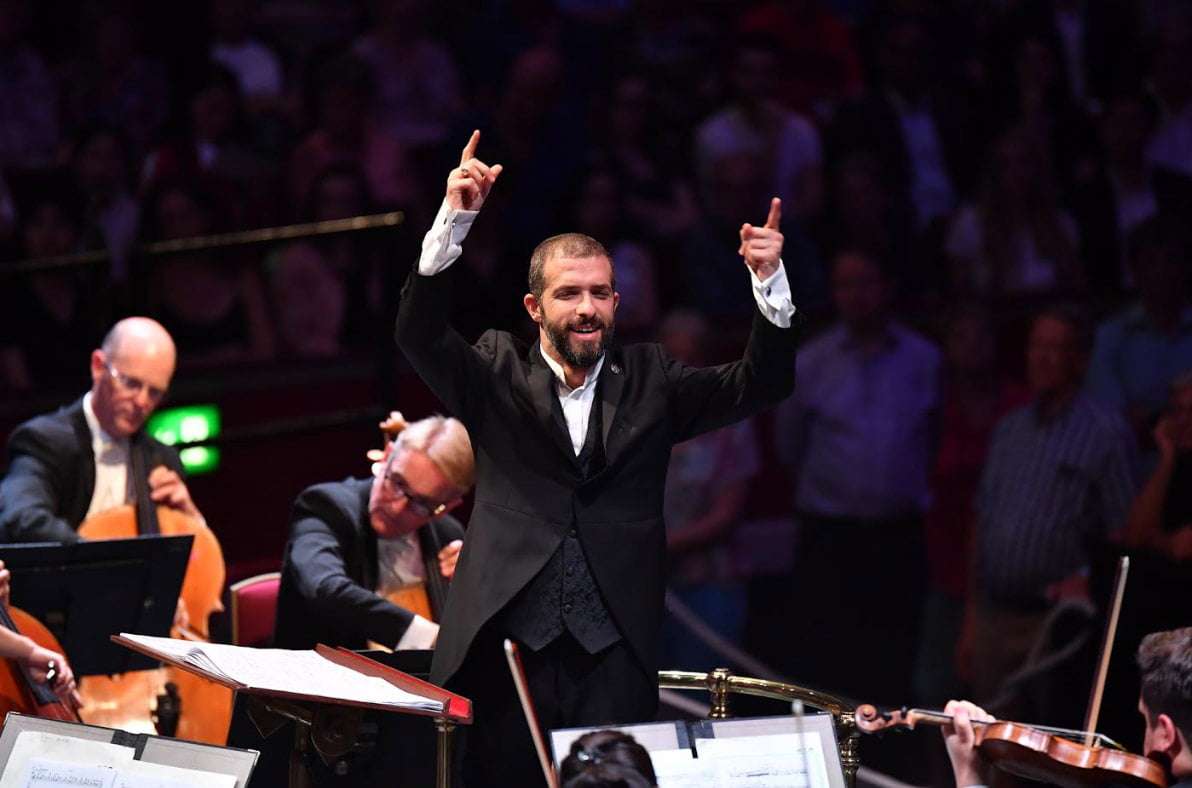 Schoenberg’s Five Orchestral Pieces featured in the original 1909 version (there are two revisions), which Henry Wood gave the world premiere during the 1912 Proms season. Wellber generally created a well-balanced sonority did justice to the music’s texture but the performance skated over the surface of these Pieces’ expressive essence. Even if it is right to eschew too programmatic a reading of them, ‘Premonitions’ and ‘The Past’ were dutiful rather than probing; the layering of the chords in ‘Colours’ was uncertain, and unvaried in timbre, so not at all iridescent; and ‘Peripeteia’ came across as inconclusive instead of the dramatic turning point the Greek term implies.

In the innovative through-composed span of Schumann’s Fourth Symphony (as revised) Wellber attended to some imaginative details in phrasing which brought the work to life as also did his, by now, characteristically brisk approach which instilled lightness to the dense orchestration. The slow introductions to the first and last movements were portentous, though, and it was only in the Finale that Wellber drew the music into a more identifiably symphonic argument, with its increasingly exciting rush to the end, but that was not sufficient to clinch a coherent unity across the whole Symphony, which often felt as though it needed to escape the straitjacket into which it was pressed. The results were less than all the conductor’s swaying and shaking around on the podium might have led one to expect, and the manner of all the interpretations here was essentially correct rather than insightful.