Reviewed from live BBC Radio 3 broadcast… Although I had a man present in the Albert Hall, this was such a good concert I just had to jump on the reviewing bandwagon; editor’s prerogative. (Designated scribe can of course add a postscript if he wishes.) 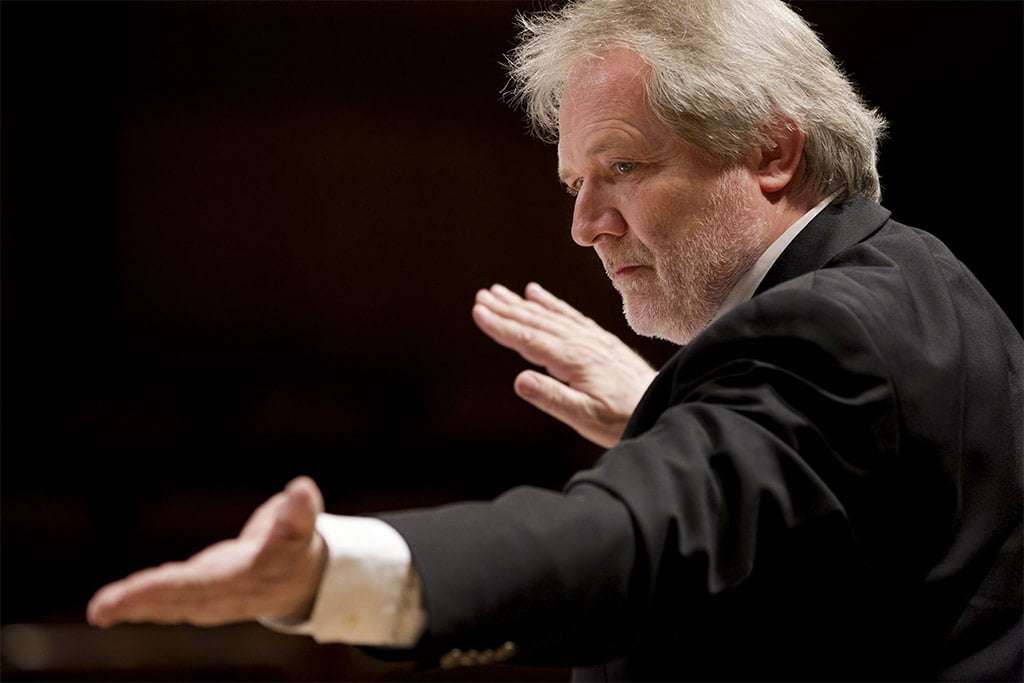 Henry Wood (Proms guru, and it’s his 150th-anniversary this year) introduced three of these works to the UK, and Peter Eötvös was on hand to do similarly with his Alhambra.

Eötvös (born 1944) is a conductor who, through his composer’s instincts, freshens-up the music he interprets – much-needed with the ubiquitous Firebird (1910), in danger of becoming flightless, but here, from ominous tread to pealing victory, this second (1919) of Stravinsky’s three Suites soared, full of vitality and detail, phrasal beauty fluidly handled, and thrilling impetus, such as in the ‘Infernal Dance’, the BBCSO in sensitive, scintillating and sonorous form.

The concert opened with a languorous, pastel-shaded and organically growing-to-rapture Debussy Faune (1894), cued by a beguiling flute solo from Daniel Pailthorpe, and also blest with numerous other individual contributions. There have been more-capricious Faunes than this but Eötvös’s through-line brought its own rewards, and maybe some cooling balm to those present in what was probably a hot-house venue. The Prom also embraced Bartók’s ritornello-infused Dance Suite (Táncszvit, 1923, fifty years since the foundation of Budapest), an earthy/incisive/fiery account divined by Eötvös, a native, with an innate sense of indigenous rhythms (although Bartók looks to other locales, too) and also notable textural clarity; moonlight and gentle breezes informed the fourth section, Molto tranquillo.

Alhambra (2018, premiered twelve days ago) was written for Isabelle Faust. The note G (Granada) is important, so too the interval of a fifth, and the orchestration includes a mandolin (the violinist’s “constant follower”, like Sancho Panza says Eötvös) and a baritone saxophone, the music inspired by the “fountains of the palace, its dimension, the surrounding mountains, the amazing sunset of Andalusia – all of this became part of my piece. If I were a painter, I would have used these colors.” [Schott website]

Over twenty-three continuous minutes, the cryptographically constructed Alhambra (one of the work’s note-spinners) is a compelling listen, always going somewhere yet with points of return if from a different perspective (Birtwistle-like); although Eötvös is quick to point out that his Concerto is not cast as a rondo.

The violin starts the adventure; Eötvös relishing the instrument’s lyrical and fantastical qualities, a pictorial quotient then added by a vibrant if subtly used orchestra to quixotic effect. Such unpredictability is also part of the attraction, whether melodic, atmospheric or through suggestiveness, and not short of wit either. With the composer conducting the seasoned-in-the-new BBCSO and featuring the originating soloist, this was a persuasive performance; the ending is enigmatic but fits the overall scheme.