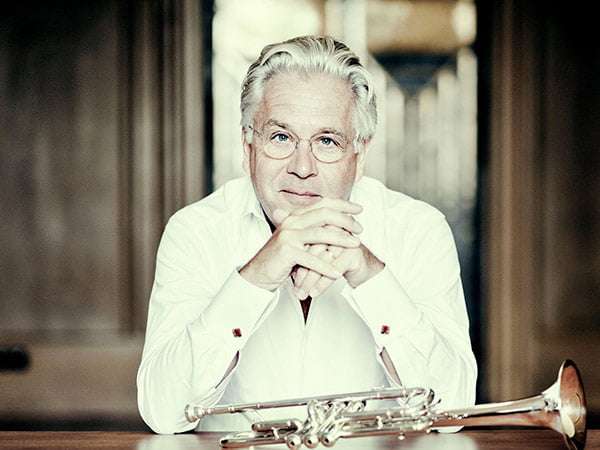 Improbable as it looks on paper, Richard Strauss and Brahms constituted the livelier outer panels of a triptych in which Tobias Broström’s two-trumpet Concerto formed the heart of darkness. Its subtitle indicates a theological dimension, of course, by referencing the sixteenth-century Christian mystical classic by St John of the Cross. But its trajectory is as much psychological in that it picks up on a Jungian interpretation of the soul’s development, symbolised in a sequence of colours from a black (nigredo) unconsciousness, via white, yellow and red to an awareness of the soul’s individuality in relation to its shadows.

Markus Stenz and the BBC National Orchestra of Wales set the scene with their carefully calibrated ripples of sound which evoked waves of water, more than light even, as though floating around a point of equilibrium within the texture of the music itself, rather than tied to, or grounded in, anything outside of itself. The contributions from Håkan Hardenberger and Jeroen Berwaerts emanated from those indistinct eddies of sound and carried them forwards, instead of fundamentally unsettling the process. 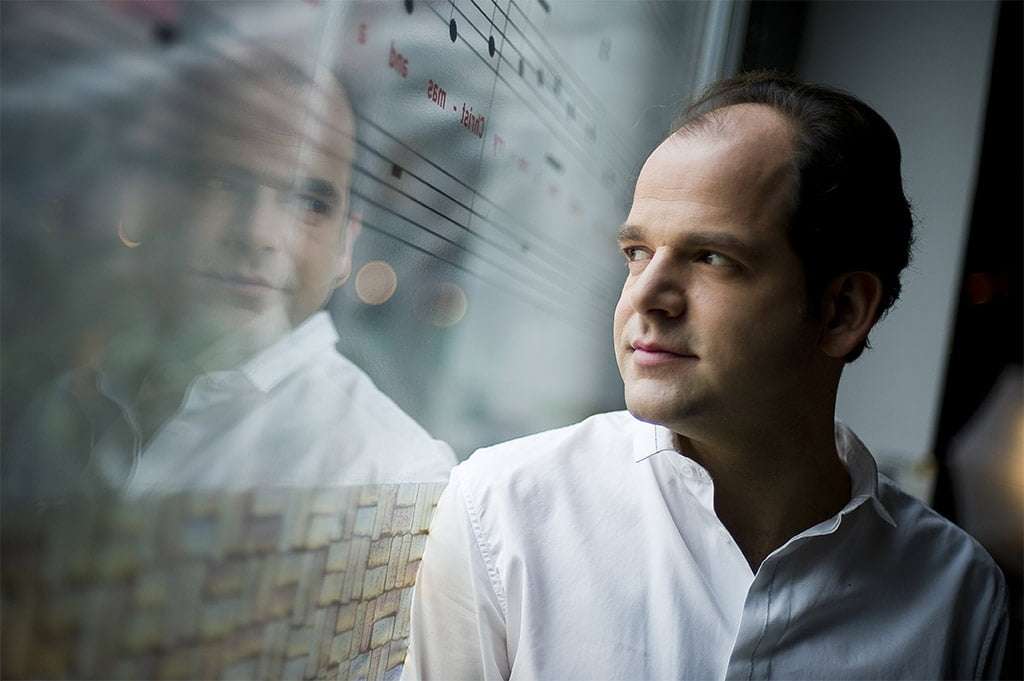 Although the second principal section of the piece succeeds the first without a break, it was marked by BBCNOW with a more settled and sustained character initially, but Stenz moulded its epic arc from the stillness of the first ‘No Man’s Land’ section, through to the feverish, faster conclusion (‘Remembrance’), so that the work still corresponds, at one level, to the Classical Concerto form of fast-slow-fast. The second ‘movement’ was heralded by a more-strident tone from the trumpeters who now took on a more antagonistic course against each other and the orchestra, though still cultivating a generally lustrous and clearly-projected tone, at times even hypnotic. This was a far cry from the ceremonial extroversion usually associated with their instruments, as found in Vivaldi’s celebrated Concerto for example. It was an appropriate and thoughtful touch that Hardenberger wore a white jacket, in contrast with Berwaerts’s black one, giving a visual dimension to the performance.

The turbulence of Brahms’s First Symphony – the product of a twenty-year artistic struggle with Beethoven’s mighty cycle – is often taken to be indicative of some dark night of the soul on that composer’s part. But in Stenz’s interpretation, it took on a surprising levity and clarity. The opening passage – usually given out portentously and gravely, but marked Un poco sostenuto after all – was here measured and controlled, creating some sense of mystery though less so of tension. A clear contrast certainly came with the purposeful and rhythmically vital Allegro, the tempos flexible, the texture airy and lucid. Where those changes of gear in pace could have been clunky, they were in fact masterfully handled to create a jaunty and an almost dance-like reading such that the movement came to sound convincingly theatrical rather than symphonically earnest. 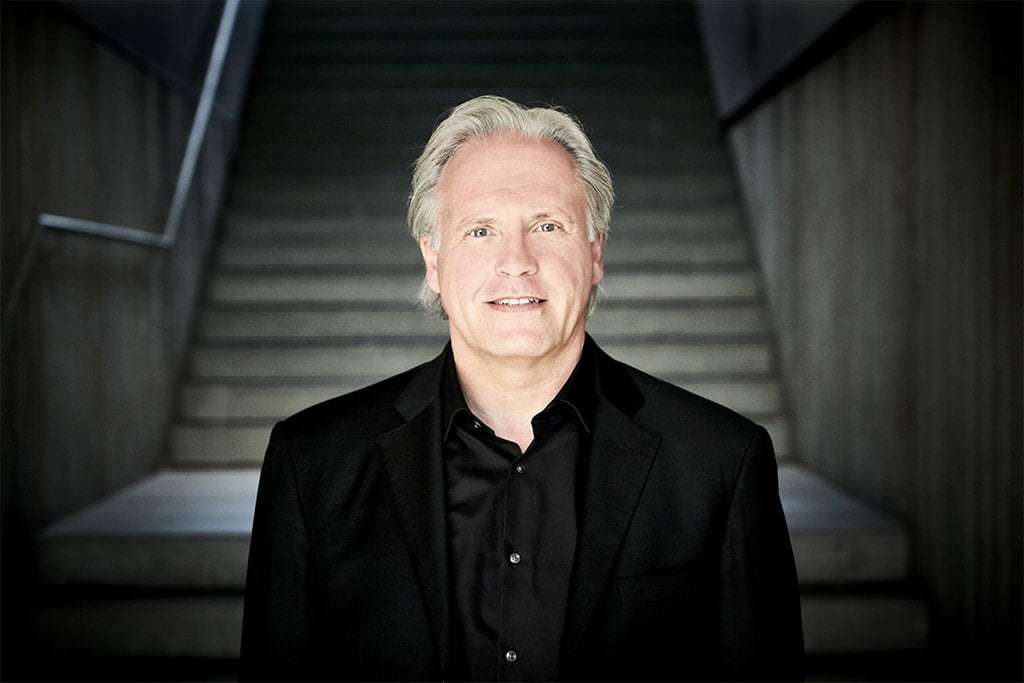 After a lithe slow movement, the third was buoyant and fleet-footed, now avoiding rubato (but, as elsewhere, also vibrato) so that it was over in hardly any time at all, and could truthfully have been described as the “tiny, tiny, wisp of a scherzo” that Brahms would ironically call the gargantuan equivalent of his Second Piano Concerto. Stenz tellingly led in almost instantly to the Finale (and fortunately forestalling any disruptive clapping, which had blighted the refined course of this reading in the pauses between the previous movements). As in the opening Allegro, he and the BBCNOW made no particularly big or dramatic gesture in its slower introduction, but they seemingly did so deliberately in order not to overshadow their impressively noble and broad statement of the principal theme, famously inspired by Beethoven’s ‘Ode to Joy’ (evidently there was no Brexit Party presence on this occasion to turn its back on the music). The rest of the Finale proceeded in a flowing, genial fashion, until the grand, solemn climax with the chorale near the end.

It was an unconventional account of the Symphony, which may have raised eyebrows, but it was no less welcome for that, and indeed cast it consistently in a brighter, more nuanced new light. This reviewer, for one, would welcome a complete Brahms cycle from Stenz.

To open the concert was a jocular reading of Strauss’s high-spirited tone poem about the ‘merry pranks’ of the folkloric hero Till Eulenspiegel, which was brisk without rushing, but also cultivated elegance and romance along the way in the lighter, more lyrical episodes. Altogether the whole programme was deftly drawn and contrasted, setting a UK premiere within the fruitful context of reinvigorated accounts of repertoire classics.