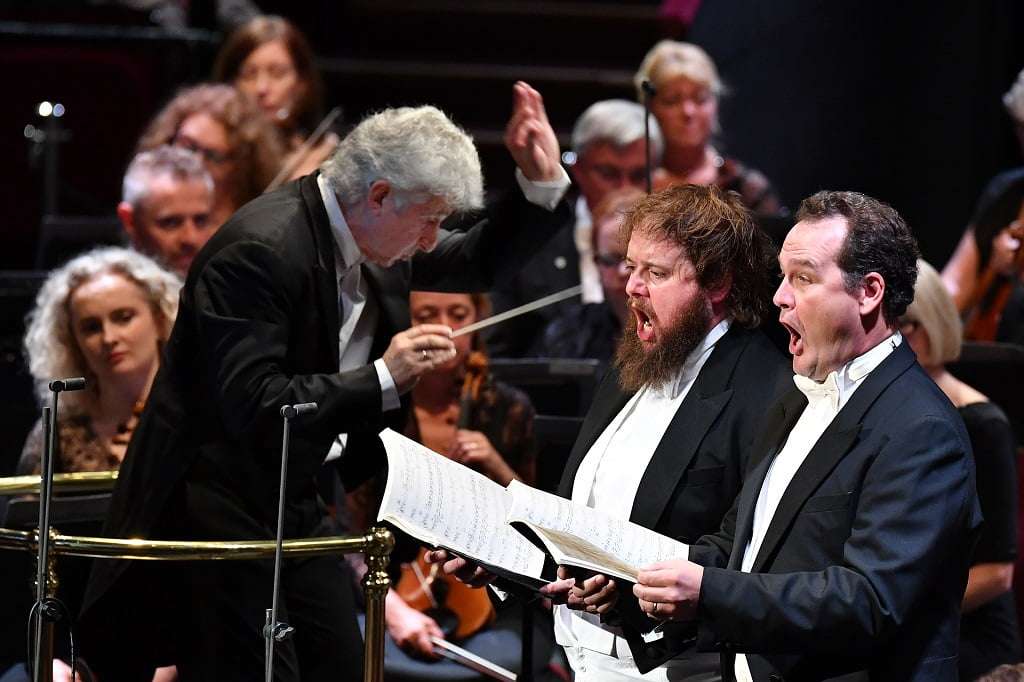 The centenary of the end of the First World War has been a constant presence in this year’s Proms, with three major Requiem settings and much other specifically war-related music besides. Britten’s War Requiem, last mounted at the Proms in 2014 to mark the start of the First World War, is the biggest of these choral juggernauts, and this performance also marked the centenary of the death of Wilfred Owen, killed aged twenty-five two months before the Armistice, whose poems Britten uses so magnificently to both leaven and illuminate the imagery of the liturgical Requiem text. Although the Owen settings often seem to stand apart, it is impossible to separate them from their context, and this playing out of a drama-within-a-drama is one of Britten’s finest achievements. Moreover, however time- and date-specific this 1962 work seemed in terms of cultural and political baggage, it never sounds dated, parochial or nostalgic; and, despite its size, the finesse of Britten’s ambition constantly takes you unawares.

This was Peter Oundjian’s final concert as the RSNO’s music director – he is succeeded by Thomas Sondergård – and his forces filled the Albert Hall stage, with the large (fifty predominantly girls’ voices) RSNO Junior Chorus and their uncredited organist adding a fine angelic perspective high up in the Gallery. In general, Oundjian’s approach was detached and restrained rather than overtly theatrical, and his tempos kept in touch with Britten’s specifications, bringing the work in at roughly eighty-five minutes (making allowances for some long pauses between movements). The brass fanfares that open the ‘Dies irae’ sequence movingly evoked the perfunctory bustle of the war machine getting into gear, and throughout brass and wind sections were on trenchant and characterful form. 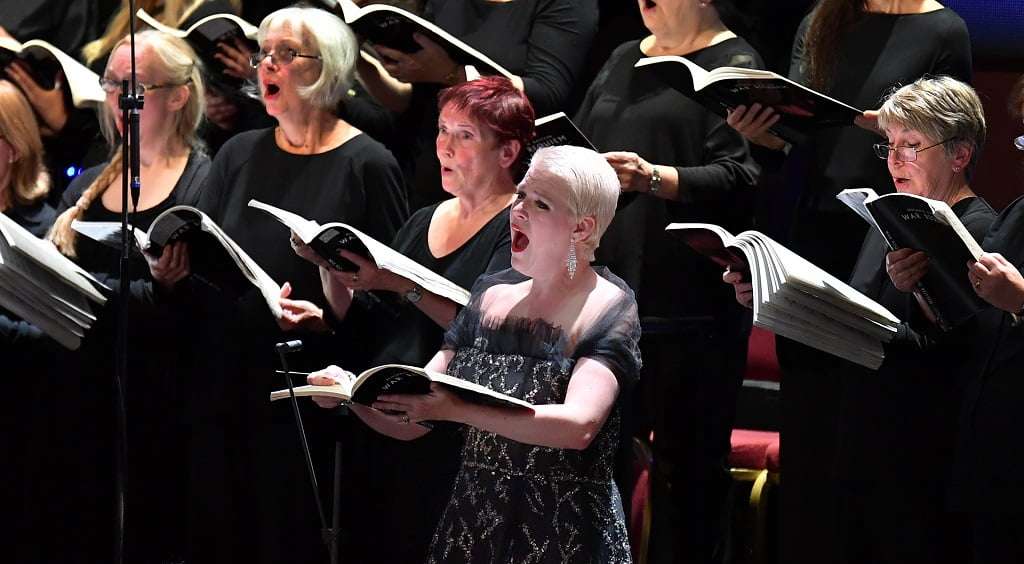 The 250-strong chorus matched Oundjian’s objectivity in some focused, disembodied quiet singing, but given the numbers, were oddly underpowered in the ‘Tuba mirum’, when the music explodes, but singers and players rose to the occasion for the stupendous G-minor black-hole of the ‘Libera me’, out of which emerged a particularly shell-shocked ‘Strange meeting’. Wisely Oundjian did little more than keep an eye on the chamber ensemble of twelve, letting Allan Clayton and Russell Braun as the English and German soldiers set their own pace, and this element of the War Requiem, a lone figure bearing the full impact of conflagration, came across very strongly.

Clayton’s voice had plenty of Peter Pears-like lyrical ache and sweetness, although I’ve heard the bitterness of ‘What passing bells’ or ‘Out there’ expressed more savagely, but there was no doubting his identification with the role. Braun had the same sort of direct connection, and the odd misplaced note apart, he was magnificent in the terrifying vision of ‘Be slowly lifted up’. Both singers clinched the work’s destination in the superbly hushed and haunted arioso of ‘Strange meeting’, but all the settings were beautifully sung, matched by the chamber group’s excellence. Erin Wall was a vocal reincarnation of Galina Vishnevskaya as she took charge of the gleaming swoops and leaps in the ‘Sanctus’, and if it’s possible to be ferocious and tender, Wall was both in an arresting ‘Lachrymosa’, like a guardian angel to Clayton’s ‘Move him into the sun’. Oundjian guided the combined (for the first time) choirs, soloists and orchestra in a suitably ecstatic ‘In paradisum’, which momentarily carried a hint of Vaughan Williams-style transcendence. Britten was rather dismissive of VW; perhaps I imagined it.