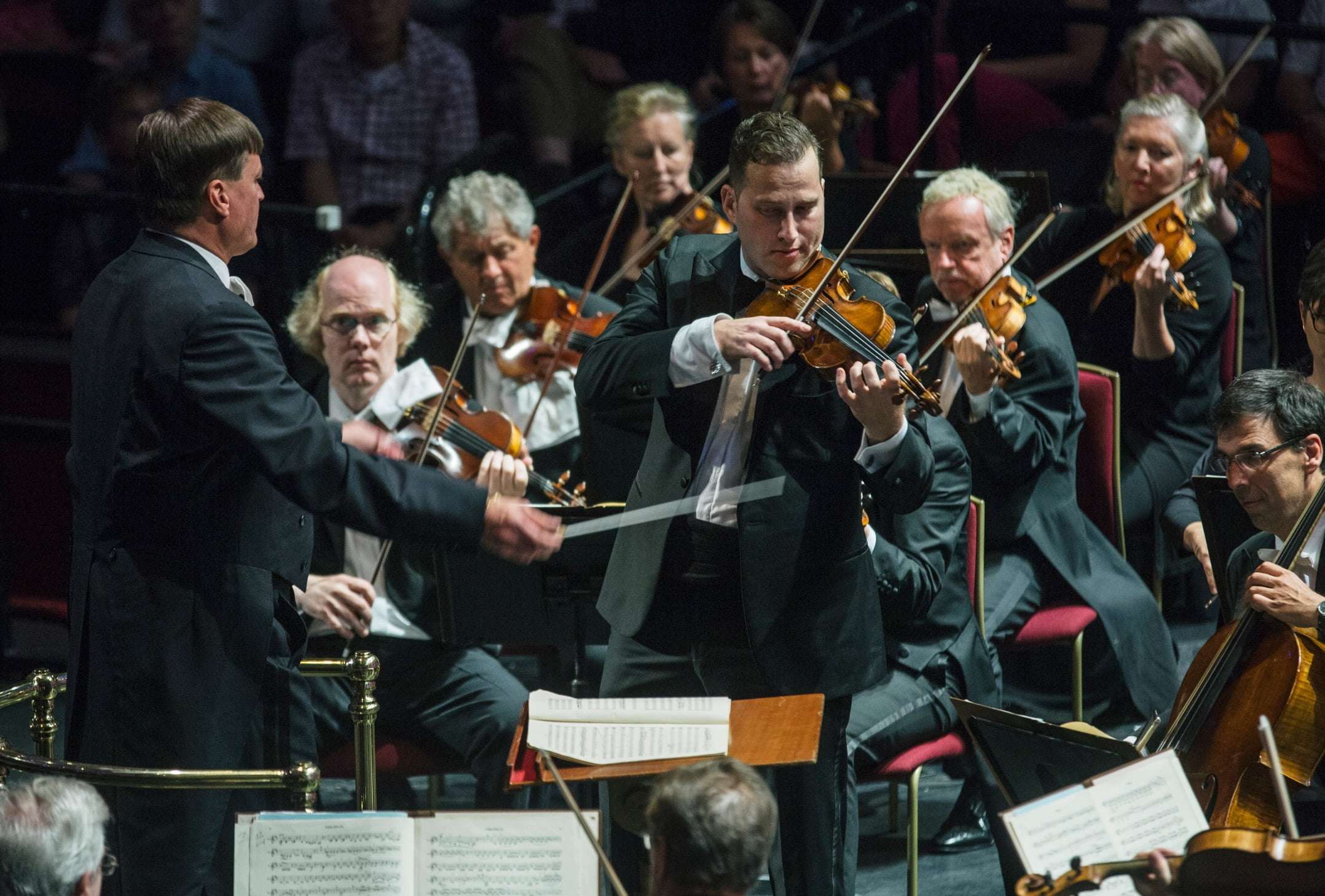 In their second Proms appearance this season, Christian Thielemann and Staatskapelle Dresden demonstrated again a characteristic authority and assurance in their native repertoire, whether familiar or not.

Beethoven’s is one of the most established of Violin Concertos, but this was no routine interpretation from them or Nikolaj Znaider, even though he’d played it just a few months ago with the LSO. Rather than straining to grab attention for its own sake or express anything outlandish and provocative, they performed this ubiquitous work with freshness and clarity of texture, underlined by quiet confidence in the shaping of the phrases and balanced sonorities.

Znaider sounded better integrated with the orchestra than when I heard him with (once again) the LSO in this Concerto in December 2013. Not having to concentrate on directing as well this time freed him up to deliver a more focussed but relaxed account of the solo part. Indeed the graceful and playful manner he sustained for much of the first movement recalled Beethoven’s earlier two Romances, with the fireworks saved for Fritz Kreisler’s cadenzas (in the first movement and in the Finale). 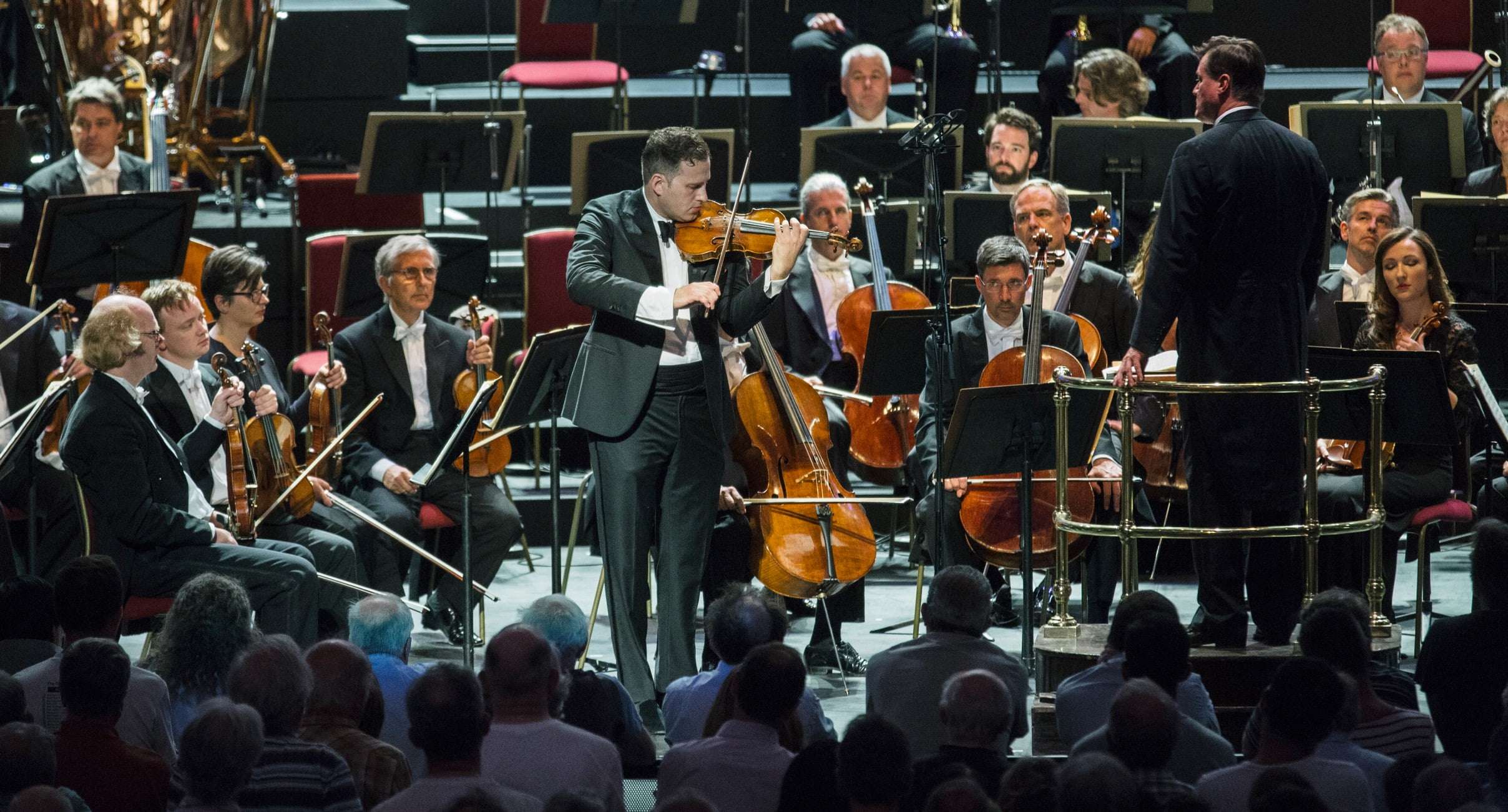 From the opening Znaider and Thielemann forged a close engagement in their execution of this music which brought out its lyricism beautifully and which was raised a level higher in intensity with the beguiling manner of the slow movement. Equal honours for their sensitive contributions go to the clarinettist and bassoonist (presumably Wolfgang Grosse and Joachim Hands respectively). The Finale was characterised by purposeful levity, followed through consistently. Znaider adhered to well-trodden territory for his encore, offering a refined rendition of the Largo from J. S. Bach’s C-major Sonata (BWV1005).

The items in the concert’s second half demonstrated two different responses to the formidable German musical tradition in the late-Romantic era. This rare airing of Max Reger’s Variations and Fugue on a Theme of Mozart (1914) to commemorate the centenary of the composer’s death, revealed his thorough grounding in the harmonic and contrapuntal procedures of composition going back through Mozart and ultimately to Reger’s revered Bach. However, whereas Reger is often disregarded for the overwrought web of Romantically-inflected Bachian harmony in his work, Thielemann showed how vividly and fastidiously scored the piece is, certainly when contrasted with the turgid manner which the other such comparable composition, Brahms’s Haydn Variations, can take on in some hands.

A child-like innocence radiated from the orchestra in the Theme (taken from the first movement of the Piano Sonata in A, K331) and the first Variation. Thielemann paced the subsequent sequence with a fine accumulation of dynamism. Sadly the magical and lucid atmosphere of half-lights and shadows in the lush harmonies of the final two (somewhere between Debussian Impressionism and Straussian chromatic ripeness) were disrupted before the gossamer outline of the Fugue’s theme could continue by inane clapping from a considerable section of the audience, seemingly unable to count the number of Variations which had elapsed and to comprehend what a Fugue is and its function in this composition. Fortunately the orchestra was undeterred in its irrefutable course through the latter’s contrapuntal labyrinth. 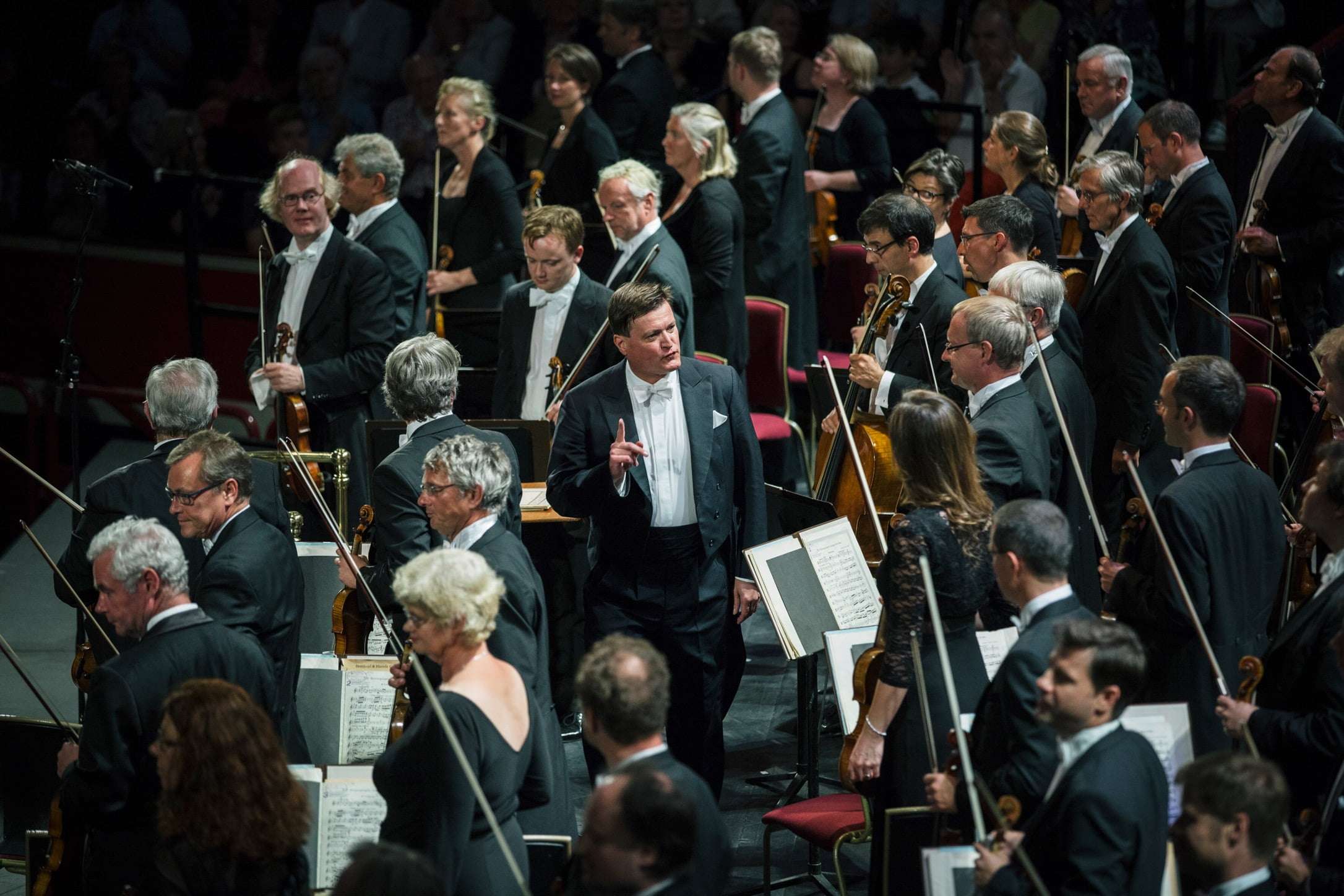 Richard Strauss developed the heritage of German music not so much through a strict application of abstract technique and theory per se, but through a brilliantly theatrical and imaginative ability to depict characters and situations by way of brilliant orchestration founded upon impeccable harmonic logic.

Despite Thielemann’s symphonic sweep through Till Eulenspiegel, the virtuosic contributions of various instrumentalists dramatically realised the narrative, if not quite extracting the last ounce of wit from the score. Nevertheless this was a compelling end to the concert, capped by an energetic account of the Prelude to Act Three of Wagner’s Lohengrin.