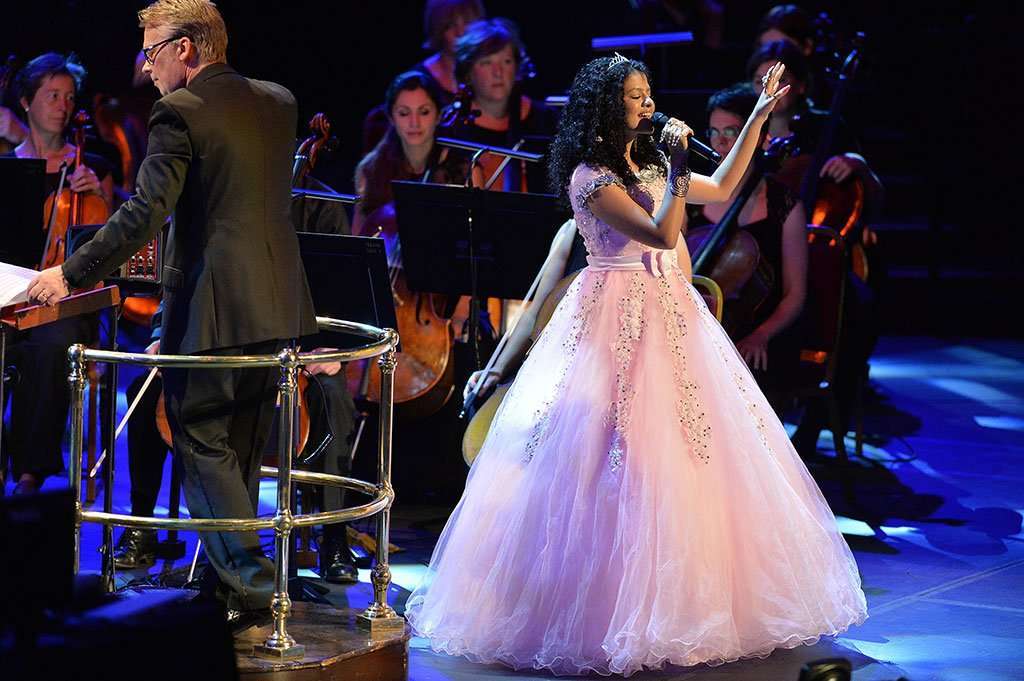 The ties between BBC Radio 3 and its sister stations have been strengthened by Late-Night Prom collaborations. The BBC Asian Network is the latest to be awarded a Prom and was an undoubted success.

Part of this was due to the contribution of the BBC Philharmonic under Richard Davis, who inhabited the notes and arrangements with considerable panache. Dave Heath and Tim Pottier deserve considerable credit for their attention to detail and use of orchestral colour in these versions, always sensitive to the vocalists.

Davis conducted a bracing opener, the Overture from Rahul Dev Burman’s score for the 1980 Bollywood film, Burning Train. Jagged strings quickly set up the figuration of the moving train, which rocked with a persuasive rhythm once it got going – though it was bathed in deep blue lights.

Bobby Friction introduced Palak Muchhal, as “the best of the next generation of Bollywood playback singers” – that is, a vocalist whose work is recorded for a soundtrack but performed in the film by a different person. Muchhal gave us Jeet Gannguli’s ‘Chahun Mein Ya Na’, notable for its subtle ornamentation, the singer using a microphone but projecting sensitively and softly. Little accompaniment was needed bar the twinkling harp and reduced orchestration. The strings applied an atmospheric tremolo for the intimacy of Mithoon’s multi-award winning song ‘Tum Hi Ho’, before the pace increased for ‘Lag Ja Gale’ by Madan Mohan, its sumptuous arrangement nicely inflected to go with the quick triple time. Himesh Reshammiya’s ‘Jumme Ki Raat’ followed in bold, brassy clothing, really letting rip, topped off by an extravagant burst of drums.

Having thoroughly warmed to her task Muchhal completed an enchanting set with the penetrating vocal of Lamikant-Pyarelal’s ‘Lambi Judai (Hero)’, her arresting introduction all the more effective for the hushed strings behind it. 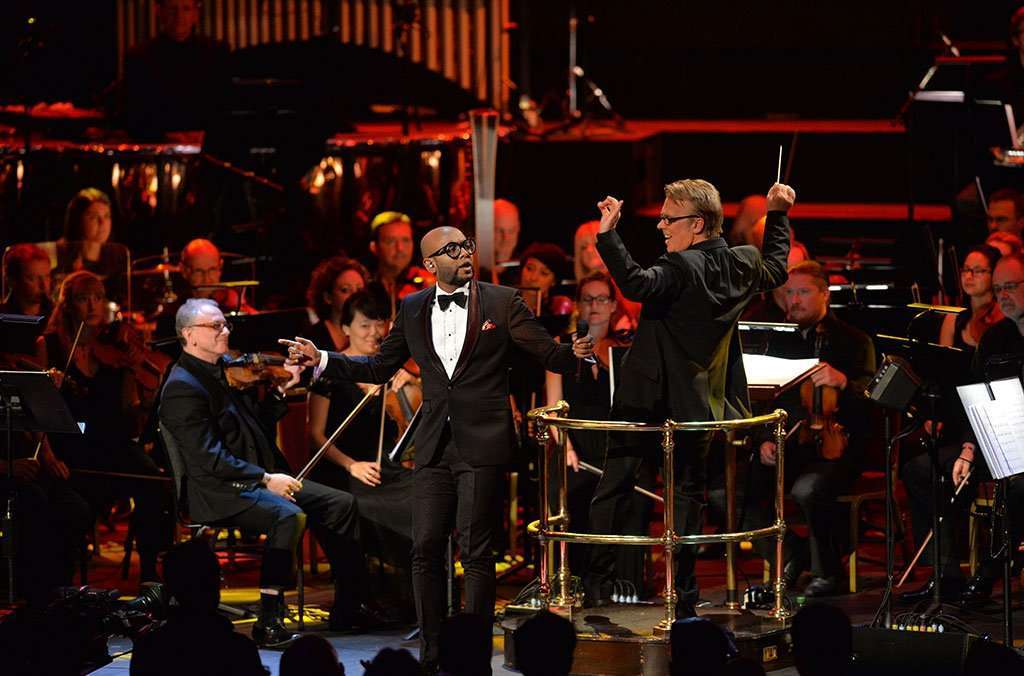 Benny Dayal had a lot to live up to with his tagging as ‘the future of Bollywood’, but his sharp tuxedo and even sharper glasses suggested he was happy with the label. Vishal & Shekhar’s ‘Bang Bang!’, from the 2014 film, showed him at complete ease, and his unison with the violins suggested rehearsal time well spent. Dayal got the audience involved from the start and impressed with his polite manner. He dedicated R. D. Burman’s ‘Chingari Koi Bhadke’ to the composer, with a sweetly played flute solo to start, before A. R. Rahman’s ‘Dil Se Re’, a huge hit in 1998, enjoyed its colourful orchestration, got the crowd clapping and showed Dayal as a more than capable vocalist. “I am the real naughty!”, proclaimed Dayal before a wonderfully sleazy trumpet solo kicked off Pritam Chakraborty’s ‘Badtameez Dil’ and the drums locked in to a persuasive, off-beat rhythm.

It was then time for the main act, Watford’s Naughty Boy, aka Shahid Khan, who stole onto the stage for his UK number-one hit-single from 2013, ‘La La La’. Originally featuring Sam Smith, the intricate arrangement here, with harp prominent, was given as an instrumental, with a nicely done muted trumpet coming out with the hook line. Truth be told, Naughty Boy himself looked a little ill-at-ease behind his production desk while this was going on.

After a gracious introduction he was more comfortable, introducing two songs from his childhood. The first, ‘Mere Khwabon Mein’, is from the movie Dilwale Dulhania Le Jayeng, and was sung by Kanika Kapoor with a beautifully floated vocal. Kabhi Khabie, from the film, demonstrated what Naughty Boy said was the “epicness” he took from Bollywood. Another intricate but beautifully played orchestration was the ideal foil for Kapoor’s inflected vocal.

A trio of Naughty Boy’s own songs finished the Prom, though before this was a showcase medley with Dave Heath, The Orb, where he talked self-indulgently, over the music – a shame, as there was a lot going on behind. Then a new single, ‘Runnin’, was performed by Arrow Benjamin – a husky vocal over rolling percussion suggesting it will approach the success of ‘La La La’. Finally ‘Lifted’ introduced Emeli Sandé, whose passionate performance was a fitting final curtain.

With a diverse selection of performers there was a danger this Prom could have been fragmented, but in reality it was an invigorating and joyous sequence of music, all the while giving the impression this music had arrived far too late at the Royal Albert Hall. Asian music and the Proms have a healthy relationship and it here moved on to a bigger and better stage.