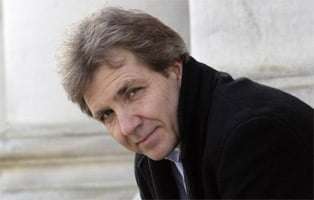 Thierry Fischer’s second Prom was a flute sandwich, with Emmanuel Pahud’s golden flute in two 21st-century concertos as the opulent filling, and the musical equivalent of echt-pumpernickel in the shape of propulsive Beethoven symphonies, now two centuries old, but brushing up nicely.

Fischer was originally a flautist, so made a perfect partner for Pahud, and learnt his Beethoven under Nikolaus Harnoncourt at both Zurich Opera (where he was principal flute) and in the Chamber Orchestra of Europe. Not surprisingly he grabbed the Beethoven by the scruff of their necks, propelling the music along with period-instrument-practice alacrity.

There’s no real slow music in either Beethoven’s First or Seventh Symphonies and Fischer clearly pointed to 19th-century developments rather than harking back to 18th-century sensibilities in his brisk, breath-of-fresh-air performance of the First, making sweeping gestures to engender brittle attack from his responsive BBC National Orchestra of Wales players, including old-style timpani and ‘natural’ trumpets (though not, in either symphony, ‘natural’ horns). To end the concert, Fischer conducted an equally strident performance of the Seventh Symphony, suitably breathless and assuredly breathtaking, and greeted with a barrage of cheers from a packed audience. 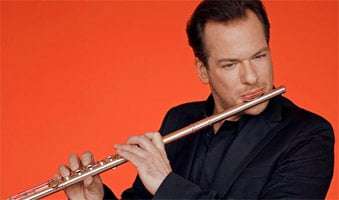 Intriguingly cheers had followed Marc-André Dalbavie’s 2006 Flute Concerto, but only after a lonely booer (one who boos!) had initially sounded a note of discord. It’s hard to understand why someone would ‘boo’ what was clearly a great performance from both soloist and orchestra. Cast in a single span, but in the recognisable concerto form of fast-slow-fast sections, Dalbavie skilfully pits the soloist against the orchestra. Even in the slower music, some of the orchestra remains busy with quavers or semiquavers, emulating the flute’s opening gambit.

Dalbavie’s concerto sounded rather extravagant compared to Elliott Carter’s. With single wind (though two horns) and reduced strings, though with percussion, piano and harp, Carter’s forces were more economic than Dalbavie’s. Ever his own man, Carter’s soundworld and musical logic is quite distinct and – rather like a miniature version of the big bang – everything seemed to be generated from the opening tutti chord from which the solo flautist picks out notes to create the opening theme. The orchestration clicks and whirs, with notable incursions by woodblocks and vibraphone, a sinuous duet between the orchestral flute and soloist (reminding of Smetana’s ‘Vltava’) and countless other small details, belying Carter was 99 when he composed it in 2008-9.

Unfortunately, the work may well have been composed by someone called Catarrh rather than Carter, given the amount of coughing that was going on. Why do people fill quiet musical passages by an extraordinary admission of their inability to control their bodies?