Trial by Jury – comic opera in one Act; music by Arthur Sullivan to a libretto by W. S. Gilbert 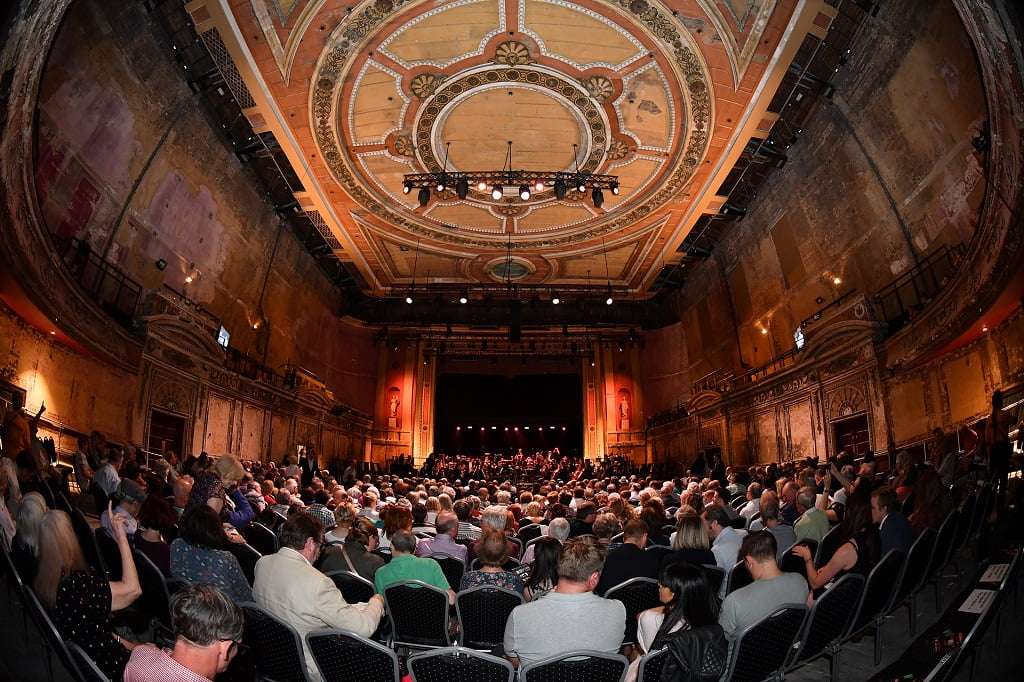 It may have been “beautifully restored to a state of frozen decay” (to quote Kate Romano’s programme note), but the recently re-opened Alexandra Palace Theatre (think Wilton’s Music Hall as re-imagined for the petit bourgeoisie) seems to have retained much of the evocative atmosphere which it surely possessed around the time of its opening over one-hundred-and-forty years ago.

It was assuredly an ideal venue for music mainly from the Victorian era. A distinguished academic as well as capable conductor, Jane Glover opened proceedings with the sparkling Overture that the teenage Arthur Sullivan wrote for a Leipzig production of The Tempest; its Mendelssohnian deftness duly making way for an aria from Samuel Coleridge-Taylor’s Hiawatha’s Wedding Feast, eloquently sung by Sam Furness with little hint of the mawkishness associated with this once-popular work. If not a revelation, a recitative and ballad from Alfred Cellier’s The Mountebanks suggested revival of this operetta to a fanciful libretto by W. S. Gilbert as worthwhile – the cor anglais eloquently shadowing Mary Bevan’s vocal line to haunting effect. 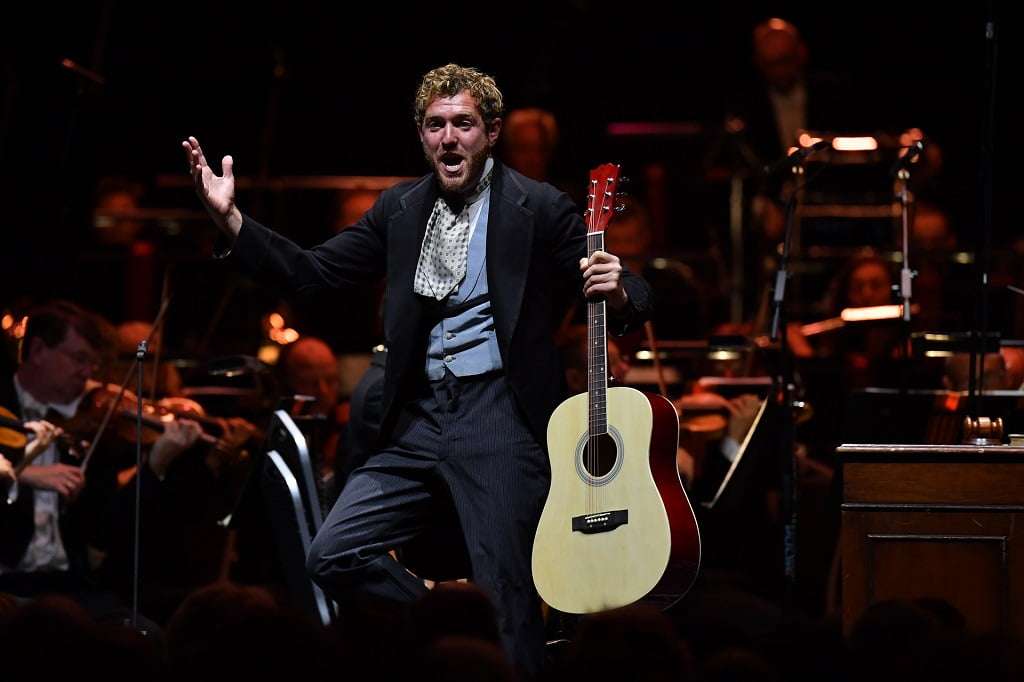 Contrast came with the rumbustious Overture to Ethel Smyth’s opera The Boatswain’s Mate, a lively reminder of this composer’s significance in the centenary of women’s suffrage, before Neal Davies evinced suitable pomposity in a number from G&S’s Iolanthe. A duet from Charles Stanford’s Shamus O’Brien was not quite saved from anonymity by the pert responses between Bevan and Furness (though note The Travelling Companion is being revived by New Sussex Opera in November), then this first half was brought to an appealing conclusion with three numbers from Hubert Parry’s incidental music for a Cambridge production of Aristophanes’s The Birds – characterfully rendered by the BBC Concert Orchestra under Glover’s attentive direction.

The subsequent half consisted of Trial by Jury – the second collaboration between Gilbert and Sullivan, and a judiciously realised one-acter with momentous consequences for Victorian music-theatre. Just the sort of piece that this venue was intended for, and though props were understandably few in number, Jack Furness’s staging still managed to evoke the appropriate environs – even though the tendency of the chorus/jurors to move in time with the music might have been more fitting for the funeral of a soul legend than for a court in-session. A pity, too, that there were no surtitles as the wit and irony of Gilbert’s libretto came across only fitfully in this ample acoustic, for all that the singers projected their lines with no mean style and not a little enjoyment. 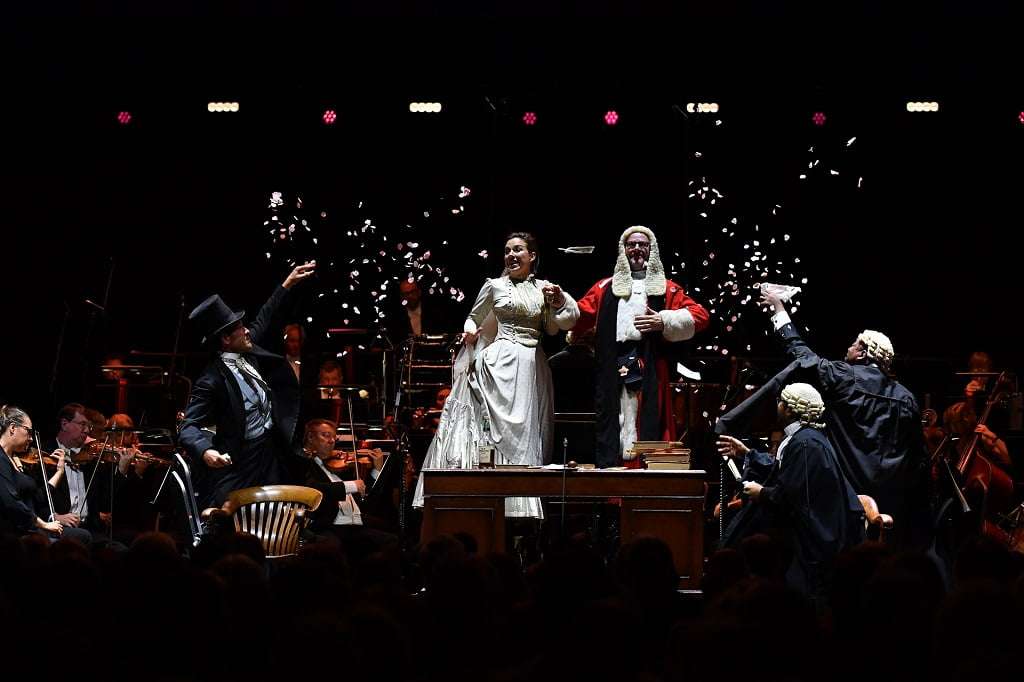 Vocally the performance was a triumph. Mary Bevan brought whimsy and not a little pathos to the role of The Plaintiff, while Sam Furness exuded suavity of the most untrustworthy kind as The Defendant. Neal Davies nevertheless stole the show as The Learned Judge, blithely rewriting whatever rulebook then pertained as regards broken-marriage contracts. Ross Ramgobin was an appealingly uncomprehending Counsel for the Plaintiff, while Keel Watson held together comings-and-goings with his warmly authoritative Usher. The BBCCO was in its collective element, and conducted by Glover with a sure sense of the nascent G&S idiom which was to prove enduring.

In a very real sense, though, this matinee belonged to the building itself – not so much refurbished as resuscitated so as to allow performances of the kind for which it was always intended. Editions of Friday Night is Music Night are to be broadcast from here in due course, and it is hoped that revivals of long-neglected operettas and musicals from the period might also be feasible.