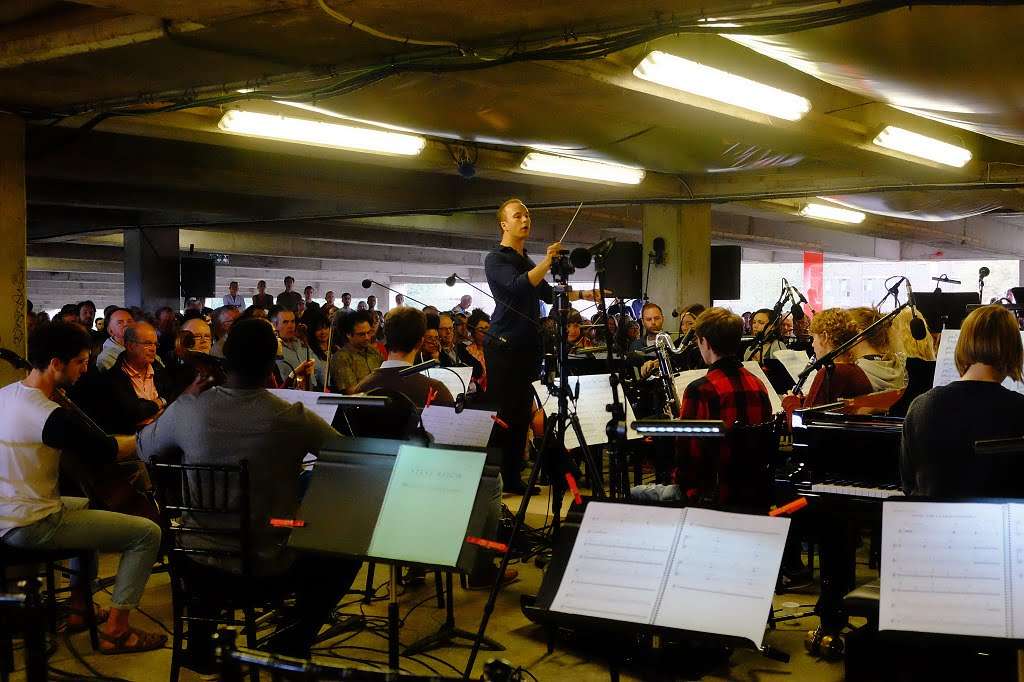 In its most daring relocation yet, the Proms once again headed east and south of the river, this time to the ex-car park in Peckham where Bold Tendencies has fashioned a artistic and community space over several floors, presumably a reason why resident orchestra, Multi-Story, is so named. With its spectacular views north to the skyline of the City and railway line immediately to the south – and open to the elements at the side – this is a world away from the hallowed (if immense) intimacy of the Royal Albert Hall.

For many of the audience this was a new venue – that in itself is important, and hopefully many will return to Multi-Story’s annual summer programme in the venue – and this first (of two) performances was packed for an 80th-birthday nod to Steve Reich (his birthday exactly a month hence).

Three works, growing in players between each, started with flautist Hannah Grayson playing against seven previously recorded lines of hers to create Vermont Counterpoint. The interleaving pattern had a curious 2D semblance, the seven parts issuing from loudspeakers being rather flat, compared to the 3D sound so obviously coming from Grayson’s flute, piccolo and alto flute. It left me wondering what a performance with eight live flautists might sound like.

In essence my hypothetical question was answered immediately, in Eight Lines. Two pianos, flutes, clarinets, violins, violas and cellos – all live, but amplified, making the bass clarinet particularly sound like a pumping saxophone – presented with aplomb Reich’s trademark slow progression underpinned by vibrant repetitive rhythmic cells that gradually change metre and harmony to provide the musical impetus. Christopher Stark can make his beat dance – ideal in this repertoire – even where it’s five beats to the bar. Cast in five sections, the fourth and fifth have the cellos enhancing the long lines offering a soothing balm to the other instrument’s continuous and infectious chatter. 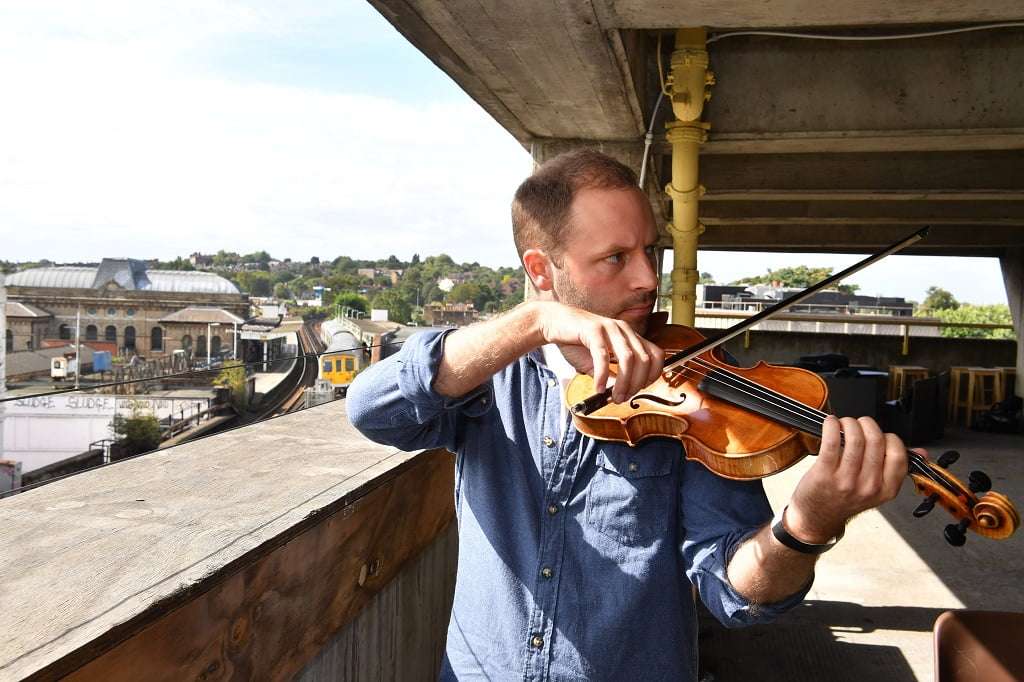 Finally an increase to twenty-six players (unfortunately the ‘car-park ticket’-style, unfolding free programme did not name Multi-Story’s members) for Music for a large ensemble. Now the pianos had two players each, with also a batch of tuned percussion joining winds and strings, as well as four trumpeters who occasionally play unison long notes to add to the activity, specifically written to be just encompassed by a player’s breath. It occurred to me that amidst Reich’s busy figuration there is always a calming tread: somehow this music makes me breathe deeper. Coupled with his use of the piccolo – in all three pieces, which somehow just makes me want to smile – this programme had a cumulative joyous effect.

The performances were excellent. How the broadcast (of the second concert) coped with the car park – and the trains rumbling by outside (perhaps Different Trains would have been an appropriate work to include) – I’ve yet to find out, but sitting close to the Orchestra (and a loudspeaker) the acoustic was immediate and realistic. But spare a thought for the players who have an additional factor to accommodate: the necessity of clothes pegs to hold their parts in place, which means an extra level of co-ordination at page-turns.

I wonder if in future years there may be an exchange programme – Berliner Philharmoniker or Ensemble Intercontemporain performing at Bold Tendencies while Multi-Story tour to the Royal Albert Hall, hopefully taking some of their regular audience north of the river.