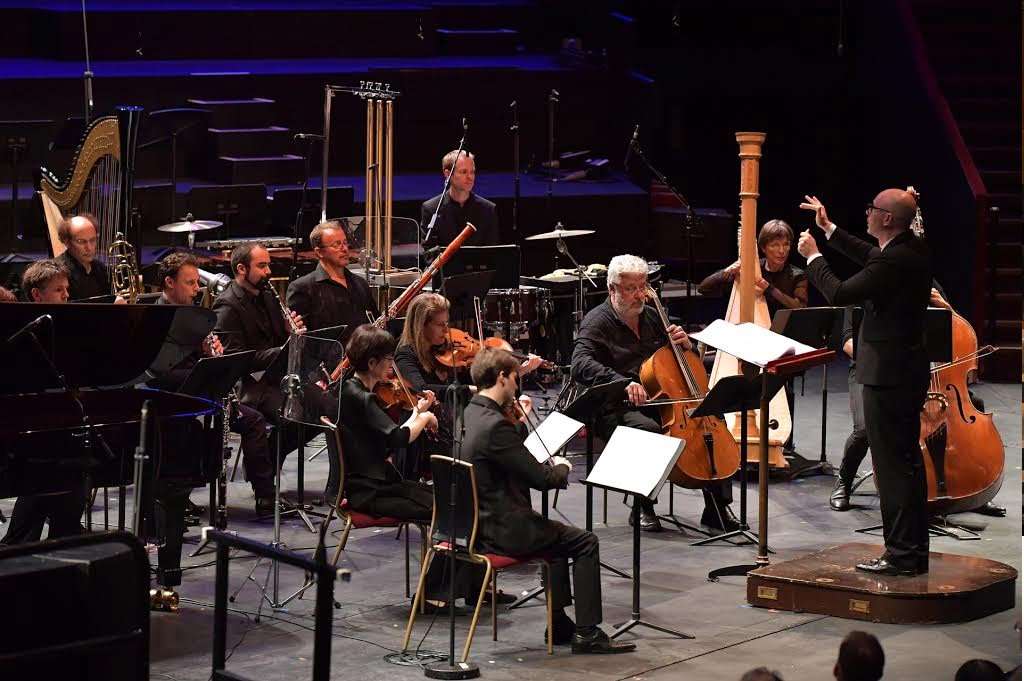 Completing the Proms’ bijou bipartite Boulez bash (the Berliner Philharmoniker only just off the stage after starting its first Prom with Boulez’s Éclat – played with …er… éclat), Pierre Boulez’s Ensemble Intercontemporain – which he founded forty years ago this year – returned to the Royal Albert Hall in its own tribute, together with the BBC Singers and Baldur Brönnimann.

It was a typical Boulez programme; Boulez had conducted three of the works at the Proms (the Carter being a world premiere) and the other – Anthèmes 2 – had previously graced the stage in Daniel Barenboim’s Beethoven-Boulez series in 2012. Whether the initials of the composers’ surnames – BBC – was an intentional nod to the organisation responsible for the Proms I know not. 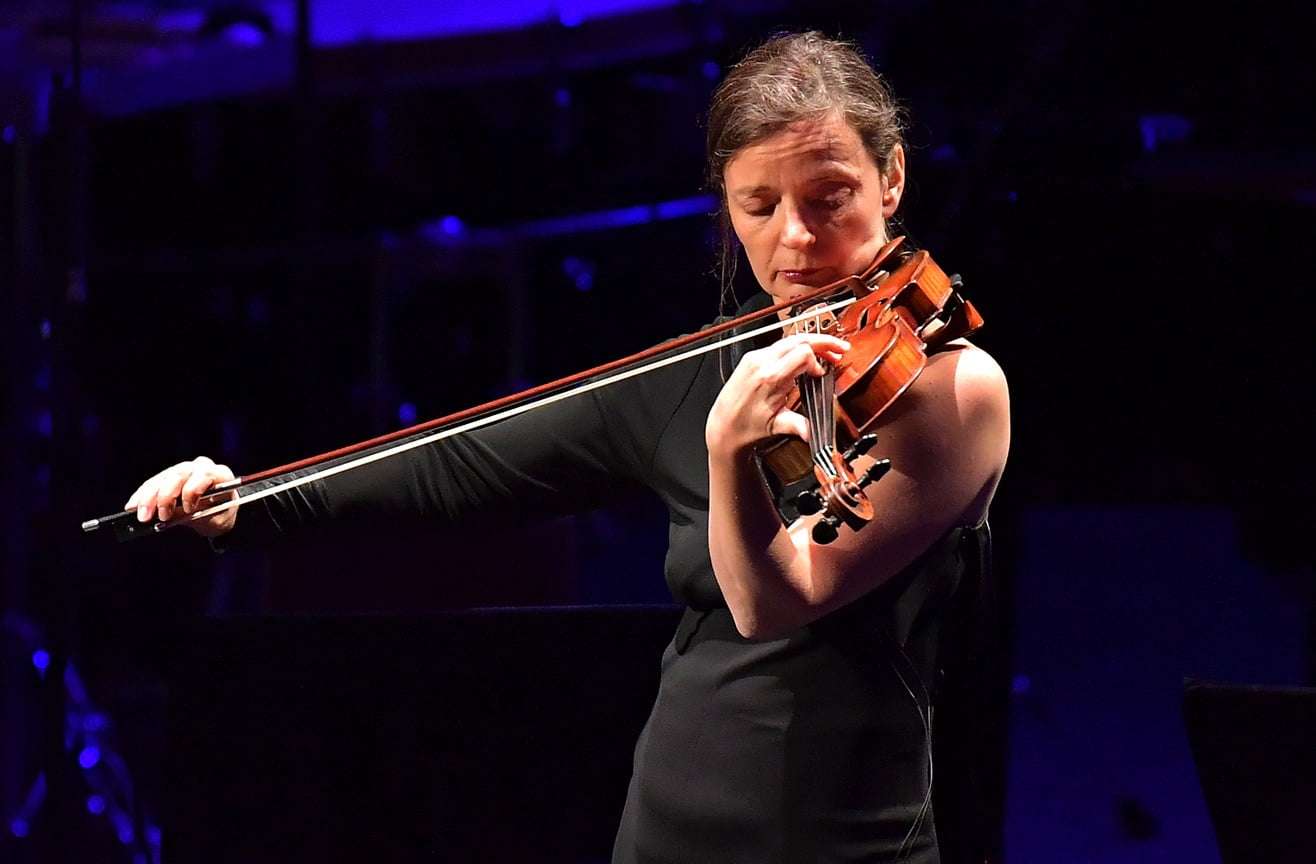 There was another sense in which this concert celebrated Boulez’s contribution to the Proms: it was a late-night that garnered only a small though committed audience, especially given the earlier sell-out for Rattle, and a trend-bucker to the other ‘lates’ this season. It didn’t affect the quality of the performances, starting with Bartók’s spiky reaction to Stravinsky’s Les noces. Indeed, the first of his Three Village Songs from 1926 is about a wedding, contrasted with the subtler ‘Lullaby’ before the rumbustious ‘Lads’ Dance’. It was an ideal palette-cleanser after Rattle’s sumptuous Mahler 7, with the Ladies of the BBC Singers rising to the challenge to the Scenes’ guttural Slovak. Boulez had conducted two of the work’s three previous Proms performances, introducing it in 1974. 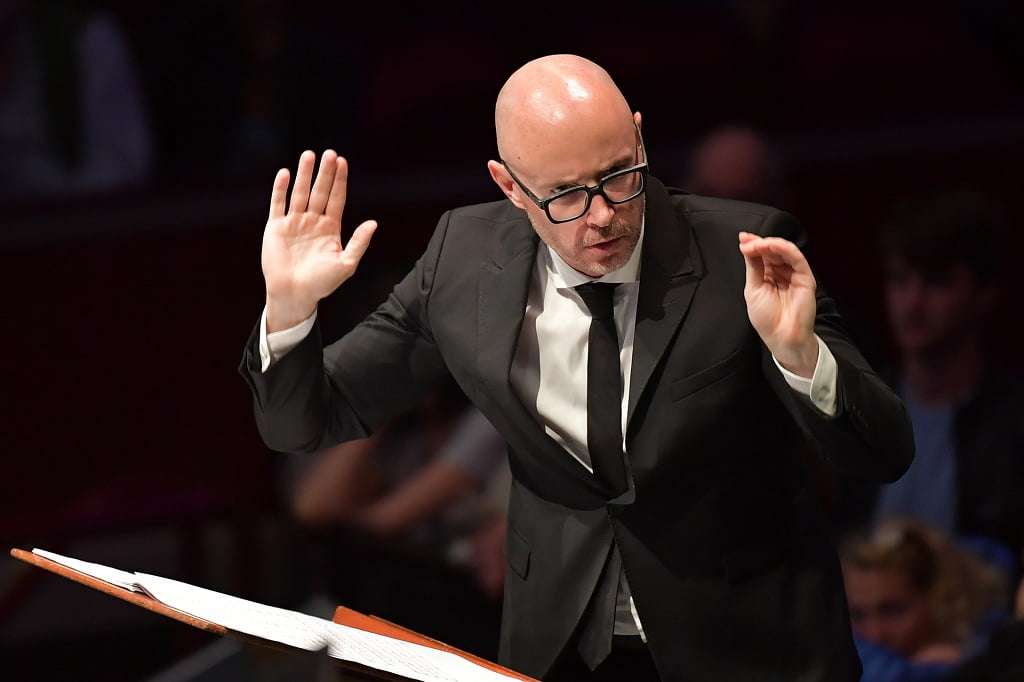 Boulez’s latter interest in electronics was next on the bill, with every sound created by violinist Jeanne-Marie Conquer and fed back by IRCAM’s computer wizardry to create a web of accompaniment that resounded across the vast interior, while our focus was on the single player. In six sections – opened, linked internally and closed by a passage entitled Libre – Anthèmes 2 dazzled and amazed until Conquer’s final pizzicato acted like a switch for the stage to be plunged into darkness. To be honest I was unaware of the passing of sections and indeed of the passage of time (it certainly doesn’t feel like twenty minutes), so mesmerised was I by Boulez’s freedom of imagination in a work dating from 1997.

A major stage re-set was required to create the five stations each for four instruments, beginning on Brönnimann’s far left with the unusual combination of viola, bassoon, piano and percussion, required for Elliott Carter’s Penthode (1985). Starting with an extended viola solo, before expertly intertwining thematic ideas between and across the five groups, Carter’s piece here may have benefitted visually by a greater differentiation between the separate ensembles (they were rather cheek-by-jowl). Aurally I wasn’t sure I could detect the inner workings, which I may have picked up on if the stations had been more distinct. 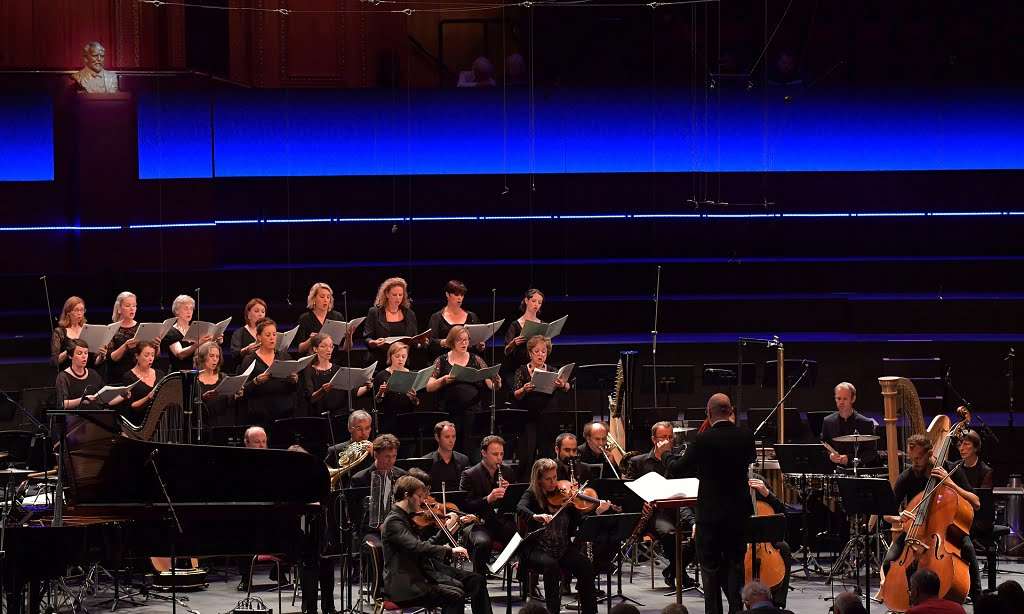 A further stage rearrangement (pushing the concert to a twenty-minute overrun) set the scene for the largest ensemble of this Prom – twenty-seven players and thirty-two choir (two to a part) – for Boulez’s 1986 revision of his cummings ist der Dichter, which gained its title over a misunderstanding. For the Stuttgart premiere Boulez had written to the organisers that “cummings is the poet” which they mistook for the title and translated into German. The name stuck. Boulez’s response to the arch anti-capital letter poet’s single sentence (though elegantly spaced over a number of lines in the programme) is both witty and deadly serious, here presented, with éclat, as a glittering jewel to bring this tribute to Boulez to a close.