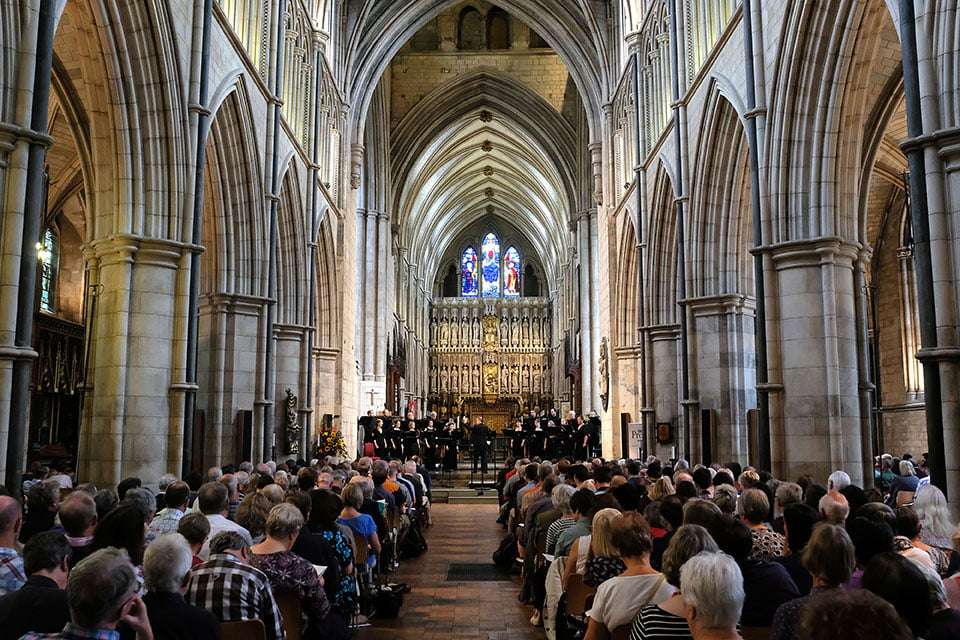 For its first “Proms at …” outing in London this season (the previous concert in the sequence of four had been in Hull), the focus turned not as far east as Greenwich last year (the Chapel of the Old Royal Naval College), but still was nestled south of the Thames, at Southwark Cathedral.

Under the vaulted ceiling of the Nave, Palestrina found a suitable setting, more resonant than the Royal Albert Hall and certainly more appropriate for sacred music. With the twenty carved saints and dignitaries flanking Christ and the Virgin Mary on the grandiose altar screen – first erected in 1520 – looking down, David Hill, in his final concert as Chief Conductor of the BBC Singers, led a pair of connected Palestrina’s a cappella settings, a Motet (1572) from Isaiah XII, and the later Mass (1585) given the same title because of its use of some of the same material.

Southwark Cathedral resounded to Palestrina’s intricate lines as sung by twenty BBC Singers. I became aware of an almost physiological affect of the music in this setting: at cadences I found myself following the dying chord upwards to the vaulted ceiling. There is a comforting, calming, contemplative nature to this music; unhurried and unfussy, even in its intricacy, which – even if one does not follow the words or chime with its religiosity – still hits the mark. Hill unfolded (rather than directed) the performance which, in the Mass, featured tenor and soprano solos to start each section. 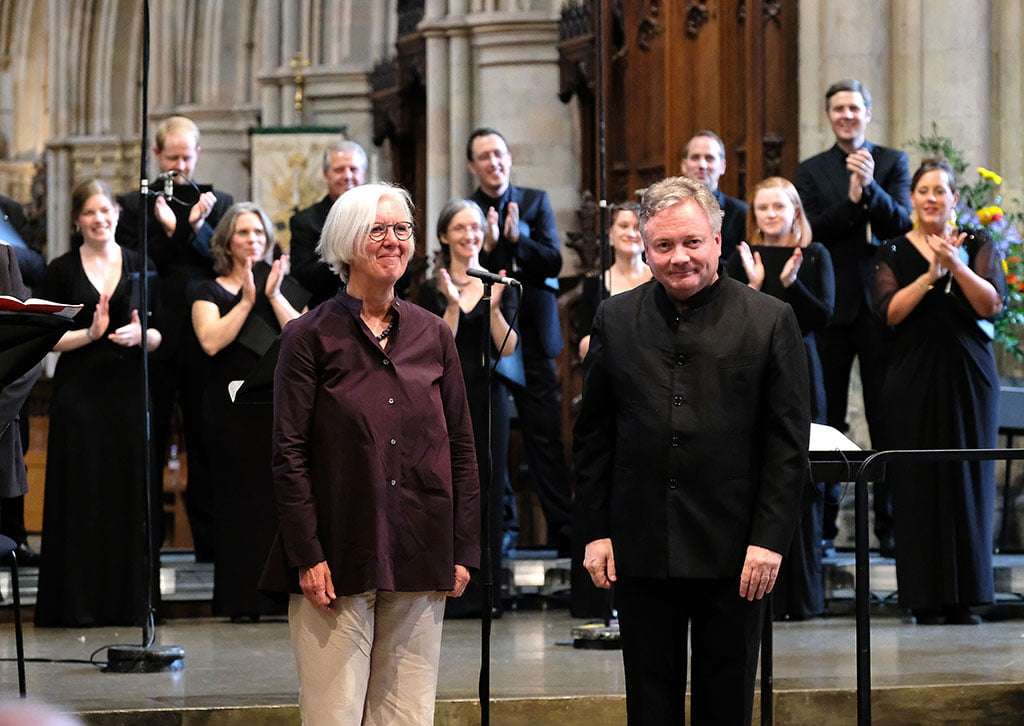 To match Palestrina was the premiere of Judith Weir’s In the Land of Uz, which takes the biblical tale of Job (he of utmost patience) and pairs a tenor with the exquisitely mournful musings of a viola – Adrian Thompson and William Coleman respectively. Cast as a Cantata with an occasional narration (Charles Gibbs, amplified, in the pulpit), with the chorus taking various parts, Weir uses the instruments sparingly, an unusual line-up of viola, double bass, soprano saxophone, organ, tuba and trumpet, if deployed to maximum effect. There are seven sections, tracing old Job’s series of shattering events that robs him of his family, covers him in boils, and sends him do-gooder comforters who make matters worse. Job’s lament is answered by a vigorous organ and trumpet interlude illustrating the whirlwind from which God states his stance, to which Job acquiesces and is allowed to live for a further one-hundred-and-forty years, bring up a new family (and seeing four generations of it) and, finally, die: “being old, and full of days.”

In a swift-moving thirty-five minutes, Weir has fashioned an involving tale that constantly beguiles the ear and Hill kept the drama moving, and Coleman’s viola was achingly stoic. Christian Forshaw’s sax offered a haunting sound in these confines, while Huw Morgan’s off-stage trumpet and Stephen Farr’s organ were more forceful in their assault on the Cathedral’s walls. David Hill hopes that In the Land of Uz will be taken up by many choirs; it t thoroughly deserves it.

If a touch of levity may be admitted: I did wonder about a future “Job’s Worth” Prom – In the Land of Uz in the first half, with Vaughan Williams’s Job in the second (both require a saxophone).