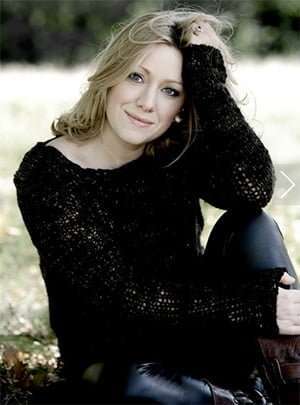 The focus of the first Proms Saturday Matinee this season was Handel in Rome and the music by which he might have been influenced there. Although accomplished and distinctive pieces in their own right, the selected items were revealing in demonstrating the sources from which Handel developed his own fluent style in melody, grounded upon harmonic sequences that are vibrant and almost physiologically compelling. Once cultivated, it was a style Handel was to maintain for the rest of his creative life, and substantively he drew upon the considerable body of vocal music (mainly cantatas) that he wrote in the short space of the three years he spent in Italy by recycling music in his later operas and oratorios.

The first flourish of Handel’s genius was represented by two cantatas, sung by Sophie Bevan. In Pensieri notturni di Filli she described the faithful Phyllis remaining true to her beloved even in the thoughts and images of her dreams, capturing Phyllis’s delight vocally in the second aria. The compound rhythms of the first aria were a little clogged, but the obbligato recorder helped to conjure up the hovering visions of her beloved. In fairness to Bevan, the aria requires quite a low vocal range and this facet was increased by the Academy of Ancient Music playing according to Roman pitch (A = c.392Hz), a full tone lower than we are used to today. Bevan was fully assured in the more extensive cantata Tra le fiamme, impressively so in the fast coloratura lines of the aria ‘Voli per l’aria’ and in the delectable fluttering of the opening and closing eponymous aria (later adapted by Handel as ‘Qual farfalletta’ in the 1730 opera Partenope). 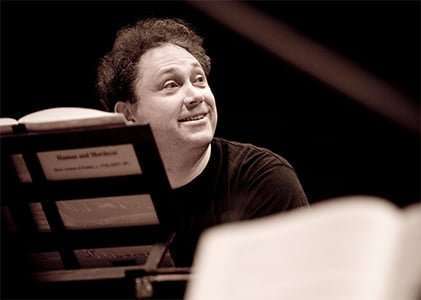 Book-ending the programme were the first and last of Corelli’s great Opus 6 collection of Concertos. These, and the Valentini, were prefaced by emotionally complementary extracts from Bernardo Pasquini’s duo-sonatas, each one realised by Richard Egarr and Alasdair Ross from a set of paired figured basses. The opening of Sonata No.1 allowed them to flex their fingers with fizzing trills and embellishments, while Sonata No.10 was like a catty dialogue between two sparring protagonists, both of which sought desperately to have the last word. In the two Corelli concertos the AAM brought out their light and shade with flexible tempos and brisk dextrous virtuosity. There were some particularly fast passages for the concertino violins, with which Tomasz Pokrzywinski was more than able to keep up on the cello. In the Largo of Opus 6/1, he sustained a beautiful yearning line, underpinning the drowsy alternation of a lulling figure among the violins and appropriately evoking the mood of a hot summer’s day.

The seven movements of Giuseppe Valentini’s Opus 7/11 are almost all in a minor key and a mood of profound tragedy results, even though only scored for four solo violins and continuo. Some very vivid writing and contrasts of textures might almost suggest an undisclosed narrative, rather than constituting absolute music. The reduced forces of the AAM performed it with great vigour, even boisterousness, indicating that they would not succumb to tragedy without a struggle. They might have let up somewhat occasionally, but certainly this was a hefty, determined performance.

For an encore, Sophie Bevan returned to perform ‘Tu del ciel’, the ravishing final aria from Handel’s Roman oratorio Il Trionfo del Tempo e del Disinganno. Bevan’s vocal line and the intertwining violin solo from Pavlo Beznosiuk were seamless and translucent, but the accompanying chords from the orchestra were delivered with perhaps too much unsettling staccato, disturbing the music’s peace.