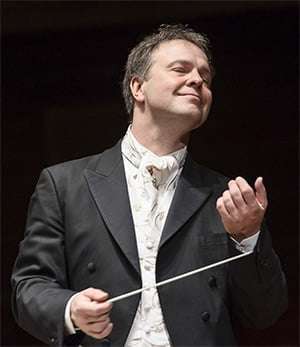 The 21st edition of the George Enescu Festival (September 1-28) has paid host to an array of international orchestras and conductors, among which two concerts by the Royal Stockholm Philharmonic and Sakari Oramo promised to be as memorable as any. Oramo is no stranger to this festival, having brought the City of Birmingham Symphony Orchestra to Bucharest in 1999 for an acclaimed account of Enescu’s Third Symphony – duly nominated as the best performance of a work by Romania’s greatest composer to be heard at that festival.

“I was presented with a certificate to that effect by the festival organisers – which was very flattering for me and, most importantly, recognized the commitment of the CBSO in tackling a difficult and unfamiliar work that ought to be much more often heard. Enescu is by no means an unknown composer, though his music has not yet made the headway outside of his home country that it deserves. So I’m happy to have been invited back to the Festival and to have the chance to present another of his most significant orchestral pieces.’’

The piece in question is the Second Orchestral Suite – completed in 1915 and harbinger of what became the neo-classical tendency in Western music, predating as it does such totemic works as Prokofiev’s ‘Classical’ Symphony and Stravinsky’s ballet Pulcinella. Aesthetically it echoes such composers as Richard Strauss and Max Reger, while also anticipating later figures such as Hindemith and Honegger. The six movements may resemble those of a Baroque suite, yet the expressive content is audibly of its time – a telling synthesis of musical qualities that were to become directly antagonistic after the First World War. ‘‘Technically it’s a real challenge – not least the final ‘Bourrée’, which occupies nearly a third of the work’s total length and requires immense stamina from the players. We gave the work in Stockholm recently and the audience responded positively.” 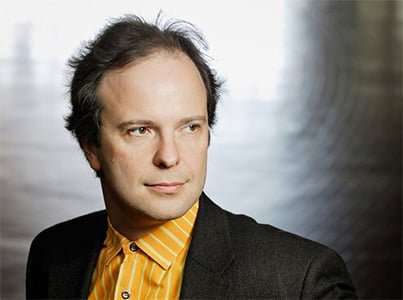 The Enescu is typical of Oramo’s imaginative programming, each of the present concerts ending with a either a symphony by Nielsen or one by Sibelius – neither of them composers who enjoy a high profile in Romania. Was Oramo disappointed that the audience had thinned out considerably prior to Nielsen’s Second Symphony in the second half of the first concert? ‘‘Maybe a little, but that was outweighed by the warmth of the response that greeted the performance: if this was the first time the piece had been heard here, I’m sure it won’t be the last. I imagine, too, that Sibelius will be more familiar, and his First Symphony is certain to leave a powerful impression.’’

Sibelius’s Symphonies were central to Oramo’s concerts while in Birmingham, and those by Nielsen are proving no less significant during his tenure at Stockholm – with a recorded cycle on the BIS label currently in progress. ‘‘I was very glad to be given the opportunity to set down our Nielsen cycle, though I’ve made a point of not sticking to the latest critical editions as I feel these often leave out details which are crucial to the impact that this music makes. A composer’s first thoughts, even where they can be pinpointed, aren’t necessarily to be taken as definitive.’’

Otherwise, British music continues to play a notable part in Oramo’s schedule, with a recording of Elgar’s Second Symphony just released and its predecessor imminent (both on BIS). His advocacy of Vaughan Williams was evident at this year’s BBC Proms, with A Sea Symphony dominating the First Night to impressive effect. ‘‘That was the first time that I’d conducted the piece, and I was pleased it cohered so completely. It’s often been criticised for its longueurs, but so much of this music finds the composer at his best – not least the finale, ‘The Explorers’, with its closing pages that capture the transcendence of Whitman’s poetry in full measure’’. Oramo’s other Prom had featured an undeniable rarity in Granville Bantock’s Celtic Symphony, ‘‘which was a piece I was keen to include when I heard that Bantock’s music was to be a feature of the recent Proms season. I wouldn’t claim it as a neglected masterpiece, but its writing for strings and harps is often highly evocative, and ideally suited to the ambience of the Royal Albert Hall. There are far more major orchestral works by this composer that deserve to be revived, in which respect he’s hardly alone among British composer of that generation.’’

Nor is contemporary music neglected in Oramo’s programmes either in Stockholm or in London. His first season with the BBC Symphony Orchestra features a new orchestral work from Tristan Murail (Barbican Hall, November 2) and then with no less than three new or recent violin concertos – by Esa-Pekka Salonen, Pascal Dusapin and Bright Sheng. ‘‘There was a degree of coincidence in the way that this came together, but as a violinist I’m delighted to be introducing three such works to London audiences, and to have three leading soloists [respectively Leila Josefowicz, Renaud Capuçon and Gil Shaham] playing them is an added attraction’’. Might London audiences also look forward to hearing unfamiliar Swedish symphonic gems by such notable composers as Alfvén, Eliasson and Nystroem? ‘‘I wouldn’t want to be seen as merely transferring pieces between countries and orchestras, though there are works that deserve wider exposure and it is well worth looking to include them within programmes that enhance their qualities.’’

Finally, what are Oramo’s thoughts on returning to Bucharest after 14 years? ‘‘My feelings about the city are very positive overall. Certainly there is a far greater range of international shops and hotels than I could have imagined back in 1999, but the sense is still strong of a place which one can walk around and take in at one’s leisure. Also I hadn’t realised just how much art deco and inter-war architecture had survived, even if it’s often in need of urgent renovation. I’ve no doubt that Bucharest could yet reclaim its status as a European city of the front rank, just as it was in Enesco’s day.”