The Canadian director talks to Mansel Stimpson about his production of Gluck’s Iphigénie en Tauride, which opens the new season at Covent Garden… 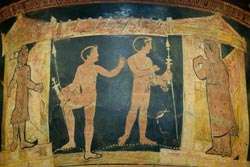 Many people hold to the view that in our concert halls the one composer of genius who receives less than his due is Haydn. A comparable figure in the world of opera could well be Christoph Willibald Gluck, the thought being prompted by the fact that this month finds The Royal Opera staging the original French version of his last but too rarely seen masterpiece Iphigénie en Tauride. This production is new to London but it’s a co-production with Chicago Lyric Opera and with San Francisco Opera and has already been seen in those cities. Robert Carsen who directed it in America is again at the helm and when I talk to him he tells me how the project originated.

“It all started way back with a plan to do two Gluck operas in Chicago, first Orfeo in the original version from Vienna and then Iphigénie. It was a proposal that excited me because I realised that these were wonderful works but I didn’t know them well. Furthermore, that world that existed between the Baroque and Mozart was one that had great interest for me. It was only when we started work on Orfeo that it emerged that other theatres were interested in Iphgénie and that led to the idea of a co-production. Susan Graham who sings the title role was not involved in Orfeo but Iphigénie was something she had done in Salzburg seven years ago – in fact she did it with Ivor Bolton who is our conductor here. Having somebody of her quality aboard is a necessity for this work – indeed all three leading roles are demanding and Paul Groves, who sings Pylide, not only did it with her in Salzburg but was in our American staging. Our Oreste is Simon Keenlyside who was also meant to be in it – for him it would have been a return to that role – but he was unable to do it then. Consequently, I’m now working with him for the first time and I’m enjoying it a lot. I’m excited too to have the Orchestra of the Age of Enlightenment in the pit since I’ve often heard them. Their contribution is a new element because we didn’t use a period orchestra when we put it on in America.” 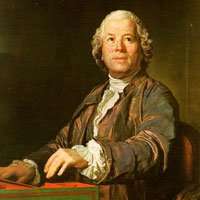 Iphigénie en Tauride, first staged in 1779 and rooted in Euripides’s tragedy, is a work that fully illustrates Gluck’s standing. It also reveals the paradoxes that make him unique as a composer. In so many ways it foreshadows the future of opera yet it was composed with a conscious wish to look back and re-establish certain basics that he felt were in danger of being lost. “It’s his famous Reforms that everybody talks about and how he altered the musical and dramatic landscape that existed in opera at that time. His single-mindedness was remarkable: he had this clear vision of how opera had to clean up its act. That meant getting back to the basics of musical theatre. It involved getting rid of ornamentations that played to the vanity of singers, the bravura and the show-off, and in addition excising needless orchestral passages that existed only to fit in dancers. In this aim he was helped by the Greek subjects he chose for his operas because the essence of the art, its roots, can be traced back to Greek theatre. However, Iphigénie is not only rigorous in its intent but in Gluck’s staggering ability to give us a piece in which you find nothing at all that is extraneous. It’s in four acts but the music lasts well under two hours and I don’t think that you’ll find anything as succinctly composed until you get to Janáček.” 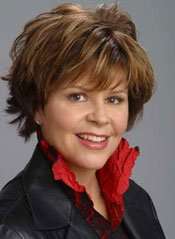 If one thinks of this as a work that looks back, it’s fitting to note that at times the music contains the kind of purity we associate with Bach. Similarly it comes as no surprise that Susan Graham is also noted for singing Purcell’s Dido. Robert endorses this and agrees too that Gluck, a German who spent some ten years in Paris, had the ability to absorb without being overwhelmed, thus being able to create a work that seems quintessentially French but which is also totally true to its composer. Robert is anxious to point out other aspects that again seem ahead of their time. “Take the libretto: it’s pre-Freudian to a degree you can hardly believe, although all of it is inherent in the subject matter. It’s a really amazing piece and I can’t really put it better than to say that Gluck seems to have captured exactly the way in which a piece of Greek drama moves inexorably forward. That fact, linked to the use of arioso rather than standard recitative, gives this work a sense of dramatic propulsion different from what you get in Mozart.” This comment serves to remind me of a remark by André Tubeuf that I came across recently: ‘Mozart is all line, Gluck is all dash, surge and animation, even if the material seems made of marble’. It’s an insight that points to one of those paradoxes at the heart of Gluck’s art and when I quote it to Robert he responds by saying: “That’s lovely. I like that.”

Like many an Ibsen play, Iphigénie is a work in which a great deal has happened before the curtain ascends and here it’s on a scale we associate only with Greek tragedy. Iphigénie looks back on the terrible history of her family involving the killing of her father by her mother who in turn was killed by Oreste her brother. The latter arrives unrecognised on the island of Tauris accompanied by his loyal friend Pylide, the lack of recognition being the more believable because Iphigénie had believed her brother to be dead and in any case fifteen years have passed. In addition to all that, only the intervention of the goddess Diana has saved Iphigénie from being sacrificed as her father intended and, in what Robert describes as a horrible irony, she has spent her time since then as a priestess on the island expected to sacrifice innocents at the whim of the ruler, King Thaos, who now decides that the two latest shipwrecked strangers, Oreste and Pylide, should become the latest victims.

All of this could have yielded a work of a markedly melodramatic nature, but not in Gluck’s hands. His controlled non-histrionic approach imbued with a deep sense of inner emotion leads me to make the perhaps unexpected suggestion that this work can be seen as comparable in some ways to the films of Robert Bresson, and Robert responds warmly: “That makes total sense.” He then returns to some of the Freudian issues in the work: “I feel that that the whole thing is very much told from Iphigénie’s point of view: for me the storm that occurs is a storm inside her. It’s the equivalent of the dream she describes in which all the horrors are depicted and she is the epitome of somebody in trauma who somehow feels responsible, as can easily happen with children. She even tries to be protective of her father’s memory and is in denial about what he did until she finally gives in to her anger. But there’s so much about parents and children here. For a parallel you have to look at a work written in the middle of the Freudian period, Die Frau ohne Schatten. That scene where Oreste is tormented by the Furies and then, when his sister comes in, he says: ‘my mother’: that’s analogous to the moment in Die Frau where Hofmannsthal has the empress mix up the husband and her father. Then again, the moment of Iphigénie’s father arranging her death is shown to be what it is when she turns her attention from him to the man she hopes to marry. Does she feel as though the father’s action is to punish her for transferring her love from him to another man?”

As for this particular production, Robert stresses that, despite the fact that war and destruction play an important part in the opera, he and his designer Tobias Hoheisel have favoured something not too naturalistic. “I didn’t want to set it in Iraq or in some other war zone that is recognisable, but to deal with it in a more abstract way by exploring an emotional landscape, one which indicates just what it is like to experience the trauma that Iphigénie is going through. It’s a work that presents human lives in a perspective that stresses the burdens placed on us by our ancestors, and by the Gods too, but within all that you have the human drama of how we cope with a whole range of situations. Many, many composers were influenced by Gluck, Wagner amongst them, but Wagner never learnt how to be so succinct.”