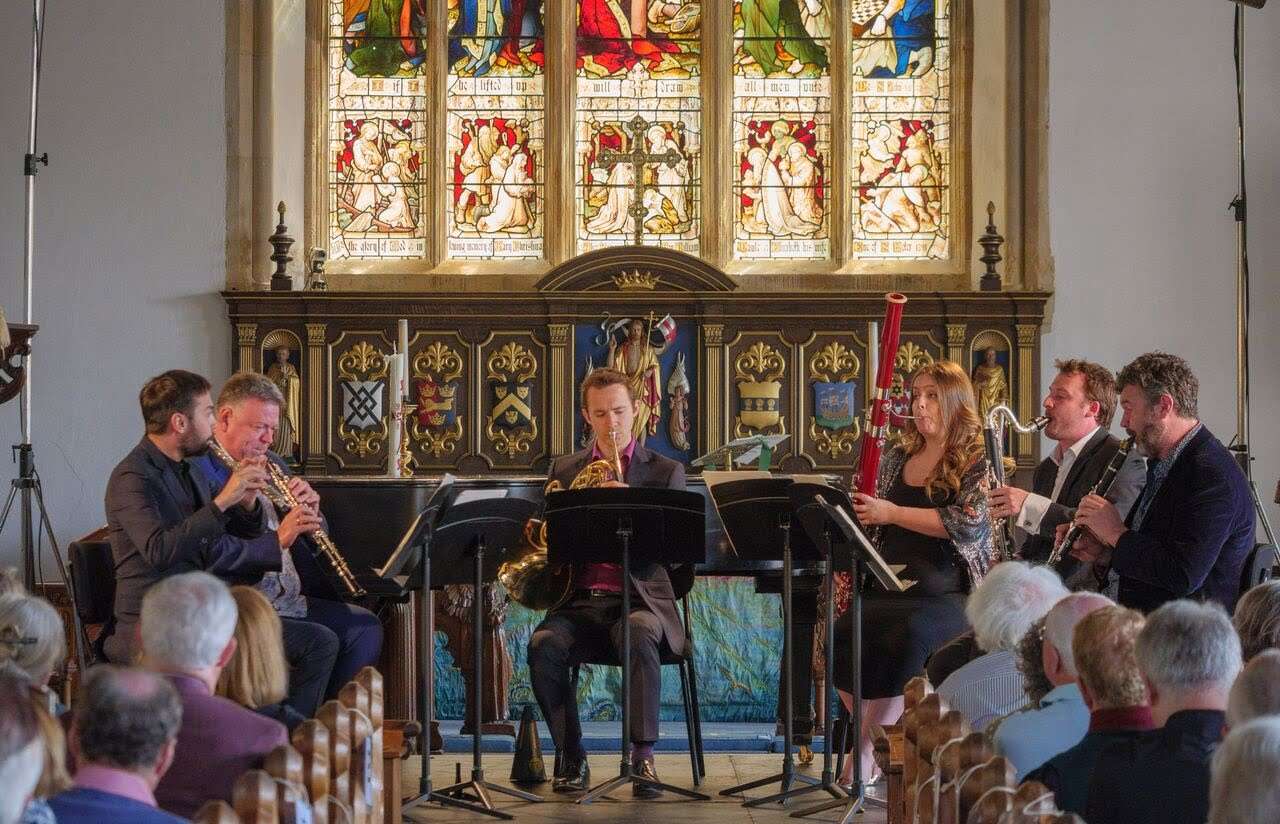 Suffolk’s embarrassment of fine medieval churches frequently offers attractive and acoustically satisfying venues for the Aldeburgh Festival. On the morning of Saturday the Ninth, the Festival’s second day, it was the turn of Aldeburgh’s own, The Church of St Peter and St Paul, to host the debut performance of the Orsino Ensemble, an eight-strong wind (plus piano) group directed by flautist Adam Walker, in a relatively light but consistently appealing programme framed by two Czech works: Janáček’s Mládi, often energetic and carefree but never superficial, and Martinů’s jazzy, blues-influenced Sextet, including piano.

Both of these date from the 1920s and so it was also interesting to hear in their context a very youthful – 1930 – work by Britten, the Movement for Wind Sextet, possibly influenced by the more introspective passages of the Janáček (which had been premiered in the UK in 1926).

The Britten was itself complemented by the newish Bagatelaranas from another British composer, Simon Holt; premiered by the Nash Ensemble at Wigmore Hall last year. This is a rather filigree piece, complex without being too dense: the title, formed from compounding the Spanish words for “bagatelle” and “cobwebs”, sums it up nicely.

The Orsino Ensemble delivered all this with sensitive musicality and a nice sense of line: the works don’t demand enormous profundity but they do require each note to be just-so, and that was smoothly achieved. This is a group to watch out for.

In the afternoon it was over to the church at Blythburgh, one of the county’s grandest, for a Bach concert. Here Phantasm, a consort of four viols led by Laurence Dreyfus, took us in gently with three of the five Bach Fugues arranged by Mozart (K405); pleasing enough, but really only an appetiser. Far meatier fare was provided by the seven ‘Contrapuncti’ played from The Art of Fugue (including the unfinished final one) in an intense but impeccably clear account of these late works which, as so often, sounded extraordinarily modern.

Between the Mozart-Bach and the Fugues, guitarist Sean Shibe delivered the A-minor Suite (BWV997), designed for lute, with delicious poetry and great clarity.