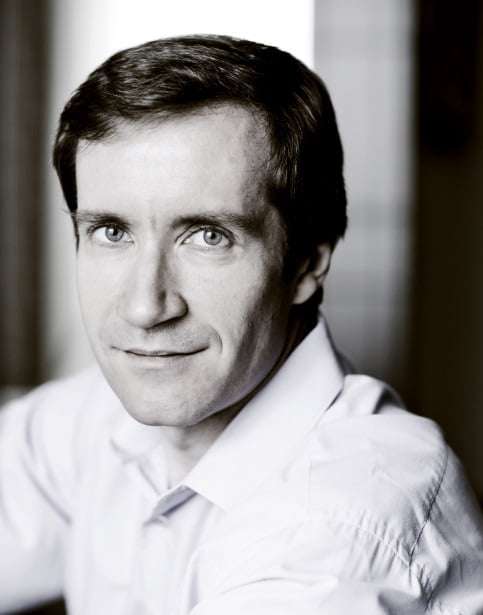 When I call Nikolai Lugansky, the Russian pianist is preparing for a typically varied recital in Nantes. “Tonight I am playing Franck, Schubert and some Liszt”.
Our reason for talking with him concerns a short UK tour the pianist will be undertaking with the St Petersburg Philharmonic Orchestra and Yuri Temirkanov, with whom he will play Grieg’s Piano Concerto and Rachmaninov’s Piano Concerto No.3. This is followed by a concert with the London Philharmonic Orchestra and Osmo Vänskä, on November 7, with whom he will play Rachmaninov’s Fourth and final Piano Concerto. Our discussion begins by focussing on this work.

“There are generally two versions”, explains Lugansky. “The first was much longer and very different in form – I play the final version. It is the most dark of all his music, the most hopeless too. It was the first piece he fully composed after he left Russia, and that was the work where he totally expressed what he felt in that moment. If the composer writes with all his heart and soul it is sometimes more difficult for the listener. It was a rare work in his output where he did not count on the audience reaction at all. I love this piece, it is so honest and it is music of his soul, very tragic. There are lyrical and beautiful moments but t is one of the most difficult concertos to play. The first movement is unbelievably difficult, while the finale is technically hard for the orchestra.”

He is glad to be returning to play the piece. “I didn’t play the Fourth Piano Concerto for a long time – the last time I think was in Berlin. The very last Rachmaninov I studied was the First Concerto, but I studied the Fourth very quickly, and in four or five days I could play it without the score. Mentally it is not so easy.”

Given the difficulties Rachmaninov famously experienced with the critical reception of his music in his own time, how does Lugansky feel about his music being so well known now? “When he was alive the public reception for Rachmaninov’s music was immediately very good. People who wrote ‘old style Romantic music’ were left in a difficult position. Rachmaninov was so famous the critics could not stop his music. It was perhaps even worse for Nikolai Medtner, although now some pianists are playing him. For Rachmaninov the critics were unpleasant but the audience loved him immediately. There were some disastrous premieres, like the First Symphony, but the music is so melodic and emotionally strong it goes straight to the soul. Critics think ‘this is the Twentieth Century, we should not be like this; we should have innovation. The Fourth Concerto is not like that, and for many people after two to three listens it is absolutely worth it.”

Does Lugansky think the composer’s music is now properly understood? “Now, yes – and not only in Russia but in the UK and the US, including some of the works that are not so easy going, such as the Third Symphony – that is now played a lot. I remember some wonderful performances of this piece in London. Maybe the last country that is slow to accept his music is Germany, but I would say that for a few composers. Many critics there find non-German music exotic, and I think of Debussy, Albéniz, Sibelius and Nielsen as examples. The UK does not have as many ‘big’ composers as Germany, if that makes sense, and because of that I think it is more open to different music. The Berlin Philharmonic Orchestra, for instance, is much less known for Rachmaninov than London orchestras.” 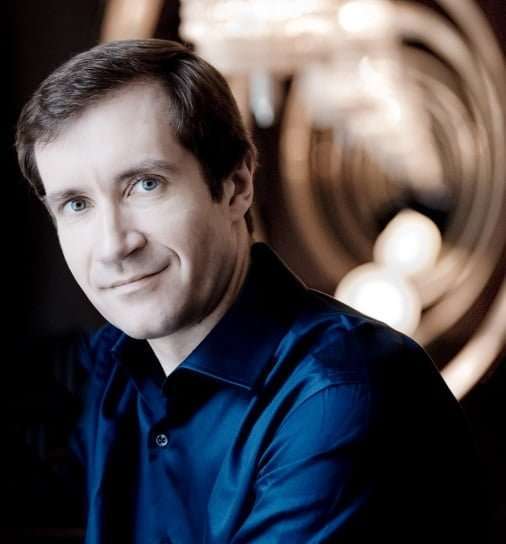 Lugansky considers Rachmaninov to be the composer who means more to him than any other. “It is music I was in love with from a very early age. I am not from a musical family but my first feelings were for the music of Chopin and Beethoven, and then at the age of nine or ten I fell in love with the music of Rachmaninov. I played the Opus 32 Preludes recently, and those are pieces I had not played for a long time. Yet he wrote in big forms for solo piano as well, and for me the First Piano Sonata is one of the most important. It is a little bit more difficult to accept for audiences, partly because it is quite long, but it is great music. It is less connected with Russian sources, and more with the story of Faust, which no Romantic composer missed of course. I feel it very strongly.”

What are the physical challenges when playing Rachmaninov? “If you can manage it, you enjoy playing it more than any composer. I remember studying the Concerto No.3 very quickly. I find it so beautiful, so perfectly written for the piano. Rachmaninov used all possible techniques – that for his time made this piece the mountain of piano playing. He never wrote outside the piano, which Beethoven did. I would say Beethoven’s Piano Concerto No.4 is more difficult than the Rachmaninov Third – you never feel wholly comfortable. With Rachmaninov his hands were very big so sometimes it helps to have exceptions. My teacher Tatiana Nikolayeva, she played the Second and Fourth Concertos.”

What did she teach the young Lugansky? “I remember when I played the Third she helped me a lot. She was always telling me about the melodic line, that it should be very deep, and that I should imagine the weight on the melody as being more than it is in reality. She wanted a very deep and profound sound, where you feel the depth of the key and use your weight. Now for Russians I would say that is pertinent for many things, and not just for the music of Rachmaninov. It is like singing, but singing mezzo-forte. Quite often Rachmaninov’s mf marking is so intense, especially if pronouncing the melodic line.”

We move on to discuss why Rachmaninov’s Piano Concertos are as popular as they are. “He was a genius of melody”, responds Lugansky warmly, “and I include the Fourth Concerto in that. The music of the Second Piano Concerto comes back briefly. I think the pieces are so well loved by audiences – and maybe not so much by critics. Yet if you follow the score of the Second and Third Piano Concertos you find very interesting methods of composing. If you study the scores you discover these moments of his intellect as a composer. He had his own style of orchestration too, which was missing in Medtner. I love the Medtner Piano Concertos, but if Rachmaninov could have helped in some moments of the orchestration it would come to the audience quicker.”

In his London performance of the Fourth Piano Concerto, Lugansky will be partnered by the London Philharmonic and Osmo Vänskä, with whom he has not worked before. “I know some of his Sibelius but we have not played together. I have played with Finnish conductors and I find they are either very good or fantastic! Sakari Oramo, Esa-Pekka Salonen, Jukka-Pekka Saraste – all are very good examples, so I think it must be very good with Vänskä. I also remember Paavo Berglund – I played the Rhapsody on a Theme of Paganini with him, and he taught me a lot of great things. They are very different but great personalities.”

Lugansky will also be playing the Grieg Piano Concerto, early on his short UK tour. Is this a work that is difficult to perform ‘fresh’, given its ubiquity? “It is one of the most beautiful pieces, for me among the five best piano concertos I know. I would say that because Grieg was not as great s virtuoso as Liszt or Rachmaninov that it makes this Concerto more difficult. Some of the finale is the most difficult among all piano literature, so that is why I have played it less! I am very happy to play it again, especially as it is the first time I will have played it after recording it.”