Michael Darvell looks at the rise in popularity of Stephen Sondheim’s best piece of musical theatre, Sweeney Todd, revived this week at the South Bank Centre… 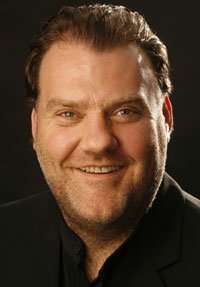 The original Broadway production of Stephen Sondheim’s musical thriller Sweeney Todd ran for a respectable run of 558 performances, a year and a four months, and won no less than eight Tony Awards. In London in 1980 it lasted for only 157 performances, barely 20 weeks, although the Society of West End Theatre awarded it Musical of the Year. Put into the huge barn of the theatre that is Drury Lane, which is usually reserved for the biggest of big musicals (witness its current staging of The Lord of the Rings), it was generally considered to be the wrong venue for such an intimate work. In New York it was also in a large theatre, the Uris, which meant the staging had to be big, hence the vast Victorian industrial architecture setting by Eugene Lee which at the time seemed impressive, even though it made the production bigger than it needed to be.

It wasn’t until the first London revival in 1985 at the Half Moon fringe theatre in Stepney that proof came that the piece could be mounted as a chamber work. In 1994 Declan Donnellan directed a small-scale version for the National Theatre which subsequently became the definitive way of approaching the musical thriller about the demon barber of Fleet Street who shaved his customers to within rather more than an inch of their lives, while his partner, the appalling Nellie Lovett, popped the bodies into pies.

It was Christopher Bond who directed the Half Moon version with a small cast of ten (the original London production had nearer thirty). The rest of the cast was made up of life-size puppets that each character carried, thereby doubling the cast at a single stroke. It was also Bond who was originally responsible for the inspiration for the musical version of Sweeney Todd. Sondheim was in London in 1973 for the opening of Gypsy with Angela Lansbury and, being a fan of grand guignol and Victorian music-hall, he went to the Theatre Royal at Stratford East where Bond was staging his own adaptation of the old Todd Slaughter vehicle about Sweeney Todd.

The story first appeared as a serial in one of the Victorian ‘penny dreadful’ newspapers in 1846 and, while it was being serialised, it also appeared on stage in a version by Dibdin Pitt called The String of Pearls or The Fiend of Fleet Street in a theatre in Hoxton.

Bond had written his version when he was an actor at the Victoria Theatre, Stoke-on-Trent. The theatre had announced the production but nobody had a script, so he wrote one very quickly. As inspiration he used Dumas’s The Count of Monte Cristo, Cyril Tourneur’s The Revenger’s Tragedy, bits of the Bible and some Shakespeare, notably Othello, Twelfth Night and Pericles, plus cockney slang. The result was a great success and Bond subsequently put it on at Stratford East Theatre Royal where it appealed to Sondheim immensely. In 1985, when he was staging his Half Moon production of the musical (which he has also staged in Watford and Liverpool), Bond was asked whether there was much left of his original play in Sondheim’s version.
“Quite a lot. Sondheim was extremely clever and used whole sections out of the play and adjusted them into rhyme for the lyrics. There is quite a lot of me left in it and in terms of the story and the characters, scene by scene by scene, it’s almost exactly the same as the play. The play is OK, but it was a rush job and it worked, but I think the musical is a vast improvement. It’s a different animal and there really isn’t any comparison between the two, but then there shouldn’t be. I was 22 when I wrote it in a week. Sondheim took a bit longer than that, about two years, and it is obviously the product of a very considerable talent at the height of his powers.”

Since 1980 there have been umpteen other London productions of Sondheim’s Sweeney Todd. Apart from those already mentioned, I have seen it with a black Sweeney and a black Tobias in the Holland Park Opera season, and with a black Mrs Lovett in a production staged in the crypt of a Clerkenwell church. It’s been staged at the Royal Opera House, Covent Garden and twice by Opera North, once at Sadler’s Wells and at the Queen Elizabeth Hall. Perhaps the least successful production of Sweeney Todd was the promenade performance at the Bridewell
Theatre in, of all places, Fleet Street. It was just too exhausting for the audience to follow the cast around.

The ‘Demon Barber’ returns this week – to the Southbank Centre and this time to the newly-refurbished Royal Festival Hall where Bryn Terfel takes the title role in a concert version directed by David Freeman, with Maria Freedman as Mrs Lovett, Daniel Evans as Tobias, Philip Quast as Judge Turpin, Rosemary Ashe as the Beggar Woman, Emma Williams as Johanna and Daniel Boys as Anthony. Stephen Barlow conducts the London Philharmonic Orchestra and it promises to be a great if gruesome occasion, even without a full production. Having seen it before in concert, I reckon it is a piece that works on every level. The music and the lyrics are so strong and Hugh Wheeler’s adaptation of Christopher Bond’s play has an impetus of its own, so that this most operatic of Sondheim’s works should feel quite at home in the concert hall.