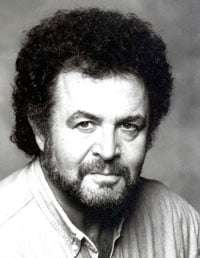 If only Franz Grundheber was a film star and not an opera singer he would be much in demand for chat shows. He’s a great one for anecdotes, a fact that is quickly established when he tells me about one of the most important days in his life. He was eighteen years old. “At school in Germany I had a very good literature teacher who got me to love plays and poetry and it was he who inspired me to go to the theatre from very early on. I was just fourteen or so. The music teacher, on the other hand, was not a big help to me: in fact I didn’t like him and he didn’t like me. Then aged eighteen I got a free ticket for the opera in my hometown of Trier, which is close to the French/Luxembourg border. It was for The Magic Flute and I was quite bored to begin with. The production was not exactly stunning and I thought it was bad theatre. But then Sarastro came on stage and the moment that the singer opened his mouth I got goose-bumps all over. I thought: ‘God, what is happening here! There was somebody standing all of eighty yards away from me without a microphone and that voice of his is ringing out and touching me’. I was overwhelmed by what was my very first experience of operatic singing.

“Only later was I to discover that this man was a guest for that one night. He happened to be visiting his parents in the next village but had already performed in Bayreuth so he was indeed an outstanding singer. I went home afterwards awed by what I had heard. It was around midnight and I hurried to the very small bedroom that I had next to that of my parents. I had a very good memory for vocal lines being in the church choir and I couldn’t wait to imitate that singer. What came out was something at least five times bigger than I had ever achieved before. My father, a humble metal turner, knocked on the wall: ‘Quiet!’ I have to get up at five o’clock in the morning.’ And that was the moment when I truly discovered my voice.”

Now in his sixties, Franz Grundheber is a veteran who can look back on a long and distinguished career. Just last year he was made an honorary member of the Hamburg State Opera to celebrate forty years’ association with the company, the only other singer to have been similarly honoured being Plácido Domingo. Having appeared regularly in that house under contract from 1966 onwards, Franz felt the need after twenty years not to be tied down to the same extent and favoured freedom as a freelancer. “At that point the Intendant indicated that they still wished to be able to say that in some way I belonged to the house. Consequently an arrangement was made, albeit unwritten, whereby I would have a kind of permanent guest spot there. In effect I am guaranteed at least ten performances a year for so long as I want, for as long as I can sing, and with Simone Young in charge now I’ve been doing wonderful things there like the recent Simon Boccanegra which she conducted. Because of what Hamburg means to me I will sing there for 20 percent less by way of fee than I would ask anywhere else.”

Franz’s success has been far greater than his parents could ever have envisaged. “We were a very loving family but didn’t have much money and my parents were keen that I should be well educated. Their main aim was to get their son to be something better, as they put it. They rather hoped that I would become a schoolteacher and when I turned to a singing career my father was at first quite unhappy about it. But that was because of the insecurity, and I understand that – I would have felt the same if my own children had come to me with that notion.”

On leaving school Franz had to do military service and he decided to take note of the suggestion that he might wish to consider becoming a jet-pilot. He signed up for the career of an officer after considering the terms carefully. “I knew that initially it would be for three years, after which I could leave if I didn’t like it and that in that event I would be paid quite a lot of money, about £10,000 in today’s terms. So that’s exactly what happened and three years on that money paid for my studies in Hamburg where I took private voice lessons and studied acting.” The next step came when he was given the opportunity to study for two years in America at Indiana University. “They had the best schooling over there, and in the opera house attached to the university I performed many roles including Guglielmo in Così fan tutte, Masetto, Malatesta in Don Pasquale and both Moralès and Escamillo in Carmen. Nevertheless, when I got back to Hamburg it was difficult to get accepted because the State Opera took the view that they didn’t hire beginners. But I persisted and after weeks and weeks they did let me audition if only to show them how I had improved during those two years in America. Rolf Liebermann was the general manager then and he came up on stage afterwards. “I’m sorry but I can’t give you a one-year contract” he said, and I was thinking to myself that it meant a whole year without work when he added “but a two-year contract”. That was his kind of humour and that was how I started.”


Franz sings much German music and his twentieth-century repertoire extends from the title-role in Berg’s Wozzeck (one of his favourites) to Hindemith’s Cardillac (which he performs again in Paris next year) and from Borromeo in Pfitzner’s Palestrina to another role that he loves, Moses in Schoenberg’s Moses und Aron (set up for Madrid in 2009). Even so it’s not surprising that he should now be in London to sing the role of Rigoletto. “For some reason I felt from the start that I should sing the Italian repertoire and, indeed, Trier is the oldest Roman town north of the Alps so perhaps I’ve inherited something from some Roman soldier who came there and left something of himself behind! I have ease with the Italian language and an Italianate way of singing, but for a while it was nevertheless hard for me to be accepted for Italian roles. However that all changed due to Karajan who took me for the role of Scarpia in Salzburg following a Macbeth that I had done for Prêtre in Paris. After that it became easy to sing all the parts in that repertoire that appealed to me, and to do that I didn’t have to change my name to Francesco Something-or-other!”


Franz talks generally of his career: “There are singers who take a part to show off the beauty of their voices, but I’ve always wanted to use my voice with all its colours and possibilities to interpret the part. It’s really interesting to look at a character in depth especially in a work like Rigoletto, and I find that our conductor, Renato Palumbo, with whom I’ve not worked before, shares this approach. It fits in with my feelings about theatre for, after all, it was a drama that inspired the composer in the first place and made him want to set to work and to express it all in music. Respect for the text and the music is essential, and that’s where I part company with the modern developments we have in so many stage productions today, especially in Germany. You have directors who just use the material to be what they may call ‘creative’ but which does not serve the piece at all. Here I stop: that’s where I say ‘no’.”


When it comes to deciding what is or is not suitable, Franz Grundheber is often guided by viewing DVDs as well as by checking out a director’s work first hand. Indeed he saw the DVD of David McVicar’s Covent Garden Rigoletto before signing the contract to appear. That didn’t give him the opportunity to view his fellow performers in this revival but he regards his Gilda, Patrizia Ciofi, as “super”. As for the Korean tenor Woo Kyung Kim who appears as the Duke: “He’s such a sweet guy, a wonderful talent and a personality, someone with the ability to project which some Asiatic singers seem to lack”. But if checking in advance on directors suggests a certain conservatism on Franz’s part, that’s not the whole story. “David McVicar is ready to take on board the potential of the singers with whom he is working and is as open to new ideas as I am. There have been many great singers who, famous for certain roles, have reached the point of saying ‘That’s my Wotan; that’s my Rigoletto: that’s how I do it’. But I don’t say that because it’s boring simply to repeat yourself for years. The most interesting thing in life for me is to be like sponge, soaking up ideas. The fact is that you can constantly learn, whether it’s about vocal technique or acting, and therefore meeting a new director or a new conductor is a way to get new ideas. I’m very receptive to fresh things, to what I can add or change provided that I am convinced. Given that, it’s the way for a veteran to keep fresh and lively and it’s what I seek.”