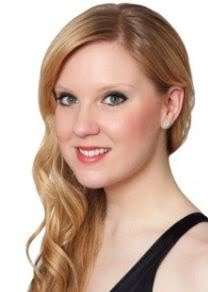 This was the third Young Singers’ Competition convened by Bampton Classical Opera since the competition’s inception in 2013, aimed at identifying emerging talent among opera singers working in the UK who are aged between twenty-one and thirty-two.

Certainly there was a conspicuously varied and impressive array of vocal ability on display amongst the six competitors, and they have already acquitted themselves superbly at conservatoires, as well as in performances mounted by those institutions and various opera festivals.

The challenge for each contestant in this competition was to devise a programme of around twenty minutes, comprising a diversity of repertoire from different periods and countries.

Corinne Cowling’s selection of six items played to her strengths as a dramatic soprano, from the arresting opening exclamations in the extract from Handel’s Radamisto, the bright, brittle tone of Britten’s ‘The nightingale and the rose’, to the coquettish vivacity of her rendition of Gounod’s ‘Je veux vivre’. Although powerful in her upper register, Cowling was a little breathless and flustered in Schumann’s ‘Meine Rose’, and there could have been more rhythmic flexibility for Turina’s ‘Tu pupila es azul’. Her accompanist, Maya Irgalina, offered by turns some delicate and robust support. 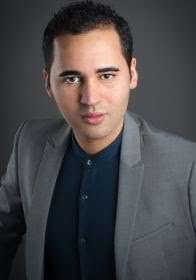 There were strong, urgent performances from Kamilla Dunstan in her four pieces, the drama suitably brought out from the operatic extracts by Mozart and Saint-Saëns, but less lyricism in both the latter and ‘The Swimmer’ from Elgar’s Sea Pictures, where the words were forcefully enunciated at the expense of their poetry and the music’s structure. She was more at home in the cabaret-style wit and irony of Ben Moore’s Sexy Lady (which quotes from Cherubino’s ‘Voi che sapete’) with a sort of cooing, shrill tone used to convey its insouciant mood, supported by equally light-hearted accompaniment from Jo Ramadan.

Michael Pandya set a lively atmosphere for Wagner Moreira’s offerings. The latter sounded rather too rigid and formal for the Mozart, and a tendency to declaim missed the intimacy and charm of the extract from Massenet’s Manon. But he gained more confidence for the stillness and hushed awe of Wolf’s ‘Schlafendes Jesuskind’ and finally in the swagger of Tom Rakewell for the extract from The Rake’s Progress, which was sung and acted with aplomb.

It was a trait of all six singers that they generally declaimed their music well, no doubt honed from their experience in operatic performances in filling a stage with the personality of a given character and an auditorium with a fullness of sound in order to convey theatrical conviction. Their performances of the self-contained items, however, tended to lack a more subtle dimension so as to draw the audience into their private world, but rather fell back upon merely projecting it outwards.

In that respect Emma Stannard was wise to choose pieces in which she could sustain a suitably dramatic temper throughout, such as in Schumann’s ‘Belsatzar’ – though its musical challenges occasionally overreached her – and the snarling moodiness of Falla’s ‘Polo’. Her two operatic extracts were assertive and assured, providing a characterful approach to the Gounod, although the aria from La clamenza di Tito needed greater delicacy in vocal tone for the crystal clarity of the melody. Keval Shah kept up an ideal pace and attention to detail in his accompaniments, though cultivating a special, rarefied background for Britten’s ‘The Highland Balou’ over which Stannard floated a seamless vocal line complete with Scottish accent. 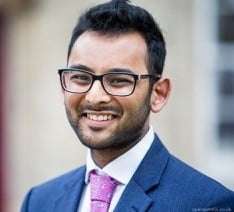 From the beginning of his programme, Samuel Pantcheff engaged with great alacrity, even to the extent that the Count’s scene from The Marriage of Figaro could have taken us more directly into his inner thoughts rather than directing bluster and rage outwards. But the gentler lyricism of the Chabrier and Schubert songs were sung with warmth and impressive concentration, matched by the controlled ardour of the support from Michael Waldron, and it was an imaginative touch to run these songs more or less together. After that, with the almost inscrutable darkness of Aleko’s ‘Cavatina’ and the guileless folksong-like simplicity of Michael Head’s setting of Limehouse Reach Pantcheff offered well-executed contrast, before the exuberant energy and comedy of his extract from The Merry Widow rounded off a programme demonstrating enviable versatility.

In the final selection, Olivia Warburton sang with expressive radiance, her joyful tone decently matched to Herbert Howells’s delightful ‘Come sing and dance’, and bringing a Schubertain ecstasy to Wolf’s ‘An eine Aeolsharfe’. It was interesting to compare her performance of the same extract from La clemenza di Tito which Stannard offered; Warburton’s may have embodied less inherent drama, but her incisive tone brought its own ideal musical sense and pleasure, and similarly for the pristine coloratura of Rossini’s ‘Una voce poco fa’ where the difficult vocal leaps and roulades were handled with flair and virtually flawless intonation. Edward Liddall gave solid, steady support on the piano, perhaps slightly lacking some sparkle and humour, but otherwise providing a good framework for Warburton’s vocal displays, and integrated with her interpretations.

Bonaventura Bottone and Jean Rigby constituted the judges, and would have been joined by Paul Wynne Griffiths, had he not been indisposed. They awarded the first prize to Emma Stannard, and second to Wagner Moreira. A new prize for the accompanists was inaugurated this year, and that was awarded to Keval Shah (Maya Irgalina and Jo Ramadan, incidentally, not being eligible). All the performers have something to offer in terms of technique and musical ability, and I am sure that we shall continue to hear more from them, but the winners will clearly have received a great boost to their careers.