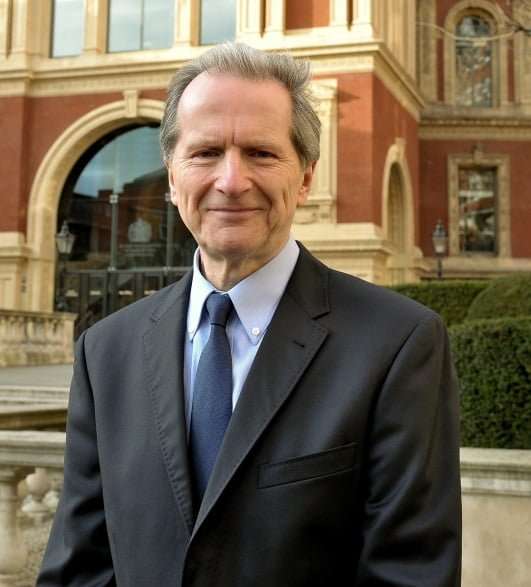 Tonight’s the night! It’s the First Night of the BBC Proms 2015 and I’ve been anticipating it with great excitement. I love that moment each year when we hear the first chord of the first concert and we know we’ve got two months of wonderful music ahead of us.

And what music! This year we’re marking the 150th-anniversaries of Sibelius and Nielsen, we’re celebrating the 90th-birthday year of Pierre Boulez, and we’re welcoming a glittering line-up of pianists for the complete Piano Concertos of Beethoven and Prokofiev, as well as six of the wonderful late Concertos by Mozart. We’re also launching a new series of Sunday Matinees designed to introduce audiences young and old to classical music, and our Late Night Proms will showcase solo Bach recitals alongside adventurous new collaborations with five of the BBC’s network radio stations.

We’re so lucky that the world’s best orchestras and soloists want to come and play for us and that we can share that with hundreds of thousands of people during the season in the Royal Albert Hall and countless millions around the world via broadcasting and the Internet.

Sir Henry Wood’s vision back in 1895, when he co-founded the Proms, was to bring the best possible music to the widest possible audiences, and we’ve always got that in mind and are constantly asking ourselves how we measure up year by year. It’s partly about mixing the old with the new – offering people a way in and giving them a chance to explore new things. I really think all you need is open ears and an open heart. The Proms is all about adventurous and broad-ranging concert programming, which includes new music and commissions – this year there are 32 premieres of new works, including first commissions by several young composers. Such a lot to look forward to.

Do join us if you can at the Royal Albert Hall, but if you can’t, you can listen to every note live on BBC Radio 3, and many of the performances are filmed for BBC Television. The Proms can also be heard on six of the BBC’s national radio stations this year – Radio 1, 1Xtra, 2, 4, 6 Music and the Asian Network – presenting an exciting coming-together of different musical genres. And this year, for the first time, you can download the Proms and listen whenever and wherever you are, for up to 30 days via the BBC iPlayer Radio app.

The Proms is about the best of music and also the breadth of music. So do go to the Proms website to check it all out and join us for a glorious summer of music.