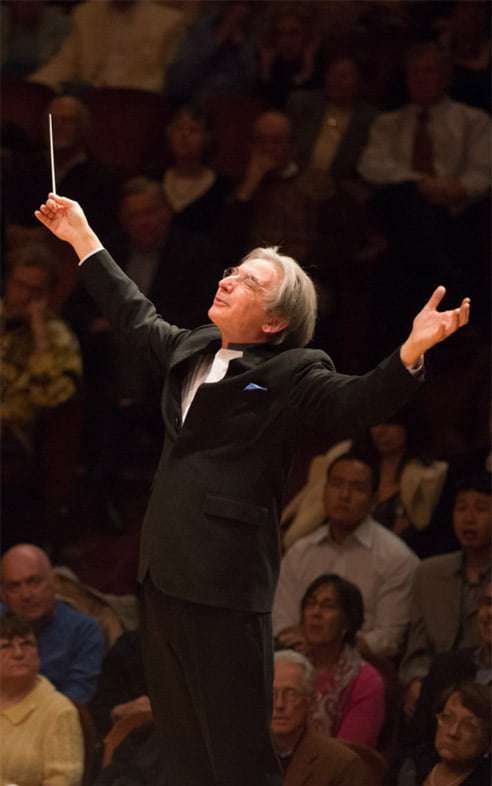 The New World Symphony is an organization that doesn’t do anything halfway. A training ground for music conservatory graduates who are headed for a career in orchestral performance, it operates from its state-of-the-art facilities in Miami. Performances inside New World Center’s concert hall – a building crafted by the celebrated architect Frank Gehry – are shared with anyone who happens to be outside the building via a live “WALLCAST”, a simulcast multi-camera video projection of the performance with high-end audio.

Competition is keen for the eighty-seven spots at NWS, about one-third of which are open annually in this three-year fellowship. For some instrumentalists, the program is a key step in landing a job in a symphony orchestra. Certainly the curriculum – which includes a full season of symphonic and chamber performances with star guest soloists and conductors, lessons and masterclasses with top-notch musicians, and hands-on training on everything from video production to community outreach – is designed to get them on their way. The fellowship program provides housing and a fairly generous stipend, another reason that these positions are coveted.

Michael Tilson Thomas launched the program thirty years ago. He continues to lead the artistic endeavors and conducts many of the fifty or so concerts each season. On 3 February 2018 NWS presented its annual “New Work” event with especially bold and unusual programming. Each of the selections was highly theatrical, each used the five projection screens that ringed the auditorium to great effect and each explored the human condition in some way.

Three autobiographical works by MTT himself, selections from Glimpse of the Big Picture, opened. Throughout his life, MTT has kept a kind of a diary of musings, essays and music, many of which – including these three – have never been performed before. The earliest work presented, Whitsett Avenue: Sunset Soliloquy (1963) for piano, recalls some of his memories as a young adult in his family’s home. In this melodic music, left and right hands often play alone, each depicting different personalities: the left calm, lyrical and reflective, the right eager, surging ahead. It was performed thoughtfully and deftly by John Wilson. Auction Dream (1977) is a monologue delivered by its creator, with images of pages from an auction catalogue and a slick auctioneer in action projected on the screens above the stage: a surreal tale with MTT as the protagonist. Lope (2012) brought a dozen or so wind, brass and percussion players to the stage for a whimsical and jocular interlude that describes the pleasures and excitement of a routine daily walk, from a dog’s perspective.

The Inherent Sadness of Low-Lying Areas by the playwright Christopher Wall was commissioned by NWS. This world-premiere performance with two actors and five musicians (who were also required to act) is a dramatic work in which music plays an essential but small role. Fragments of works by J. S. Bach, Berio, Janáček, Prokofiev, Saariaho and Schulhoff serve mainly as a manifestation of what a person with Post-Traumatic Stress Disorder experiences inside their head. The very effective opening scene had the actor Joel Leffert writhing in distress on the ground as a flute trilled on low notes near his ear. The drama was accentuated by the same scene projected above, as psychedelic patterns of light played on the floor of the stage. The fact that the character suffers from PTSD comes out in dialogue with his ex-wife (June Ballinger), who ultimately pulls him out of his house and physically away from the disturbances that he is experiencing.

The centerpiece of the evening was a collaborative work commissioned by New World Symphony, Miami in Movements. Composer Ted Hearne and filmmaker Jonathan David Kane were tasked with creating a multimedia undertaking that would describe as many aspects of the city of Miami – the terrain, the people, the experience – as possible. Miami in Movements is the culmination of a year-long crowd-sourced project, in which the public was solicited to submit their video and audio clips. Hearne and Kane also travelled the region with a mobile recording studio, videoing ‘man-on-the-street’ interviews in an effort to capture the flavor and essence of this diverse metropolis. The work begins and ends with depictions of nature: landscape, birds, marshes, seashore, set to bucolic music which begins with a rather cliché flute. The film’s topics move from the fusion of Cuban, Haitian, African- and Native-American cultures to the devastation of ‘Hurricane Andrew’ to life in various neighborhoods. Segments of the film include a man describing the harrowing experience of riding out the hurricane in a closet, a woman listing the menu items at her barbeque stand and reminiscences of the star-studded glamour of Miami in the 1950s.

This exploration of Miami in images, stories and music was engaging. But the real strength was the outstanding performance by the New World Symphony, conducted by Tilson Thomas. Hearne’s colorful orchestration and straightforward thematic material is a showcase in contrasting styles that provided every section of the orchestra an opportunity to prove their excellence. Concertmaster Cynthia Burton embodied the style and spirit of each of her solos, from a lyrical melody to country fiddling. Trumpets and drum-kit featured in an offstage section performed with spotless bravado, rich sonorous strings showed excellent dynamic control and contrast, low brass was smooth and sweet, woodwinds brought forth technical passages effortlessly and the percussion section was in solid lockstep.

Since New World Symphony’s inception in 1987, over 1,000 of its alumni have gone on to performance and leadership roles in orchestras around the United States and abroad. There’s every reason to believe that each of these current musicians will follow in those footsteps.