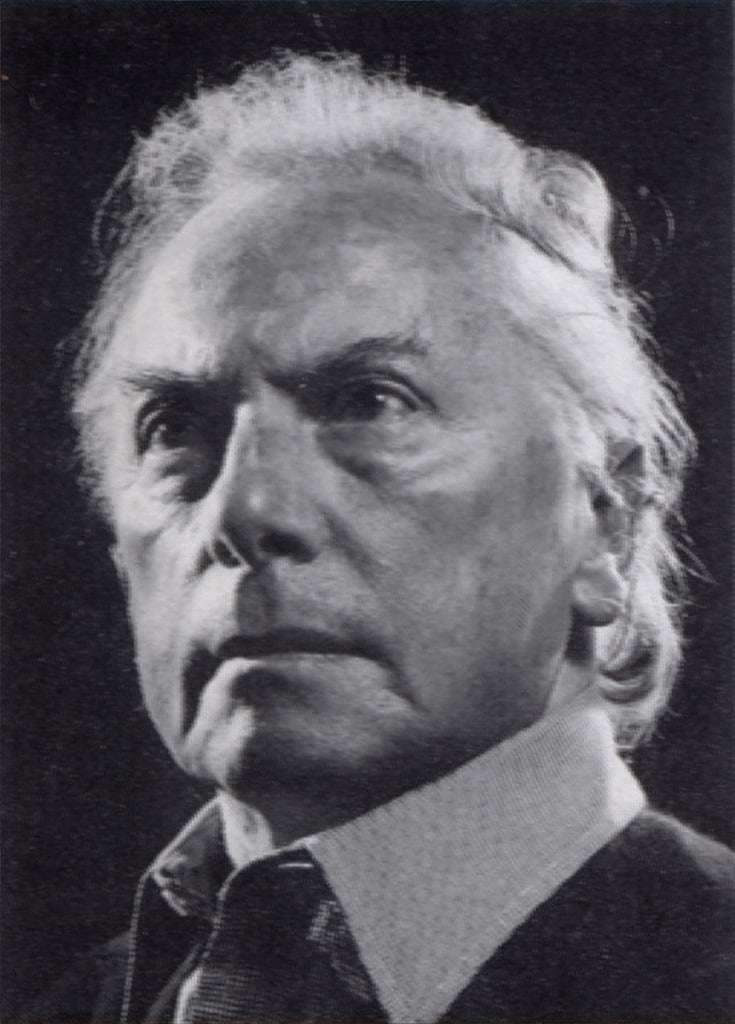 Although the music of Sir Andrzej Panufnik (1914-91) has had numerous performances in his centenary year, this day event at Kings Place was the culmination in every sense. A notable line-up of performers was on hand for a wide selection of chamber, instrumental and vocal works, beginning in Hall One. The mezzo-soprano Heather Shipp and the pianist Clare Hammond opened proceedings with Britten’s poised realisation of Purcell’s ‘Sweeter than Roses’ (1696) then continued with Roxanna Panufnik’s Mine Eye (1999), an elegant if anodyne setting of Shakespeare’s Sonnet XXIV. Panufnik père wrote few settings in his maturity, but Love Song (1976) amply conveyed the sheer rapture of Philip Sidney’s poem; after which, the George Herbert setting by Panufnik fille that is Virtue (1992) proved an affecting memorial tribute.

Hammond then played some of Panufnik’s solo piano music. Hommage à Chopin (1949) began life as five vocalises for soprano and piano before it found wider recognition in his arrangement for flute and orchestra, yet it sounds hardly less effective in his daughter’s transcription for piano – of which the pensive first and incisive fourth numbers were heard. 12 Miniature Studies (1947) is among the most radical of Panufnik’s post-war works, and Hammond had the measure of Nos.7-12 as complete the cycle of fifths via their alternation of trenchancy and introspection. She was partnered by violinist Daniel Rowland and cellist Jacqueline Thomas for the Piano Trio (1934) that is Panufnik’s earliest surviving piece, its tensile outer movements framing a Largo that has an eloquence the more touching for its brevity.

Hall One was also the venue for a showing of the film My Father, the Iron Curtain and Me – Krzysztof Rzaczyński’s 2009 film where Jem Panufnik journeyed to post-Communist Poland to gain a deeper perspective on his father’s formative years and his daring escape to Britain in 1954. Just 50 minutes, the film packs a great deal of information into its modest duration, but the human dimension was movingly conveyed and Panufnik fils – who had worked as a drummer and in electronica before moving into record production and graphic art – was a thoughtful and sympathetic guide. The screening was followed by a discussion in which the Panufnik children were joined by their mother – the photographer Camilla Jessel-Panufnik – and the director for a discussion chaired by Norman Lebrecht that offered further illumination. 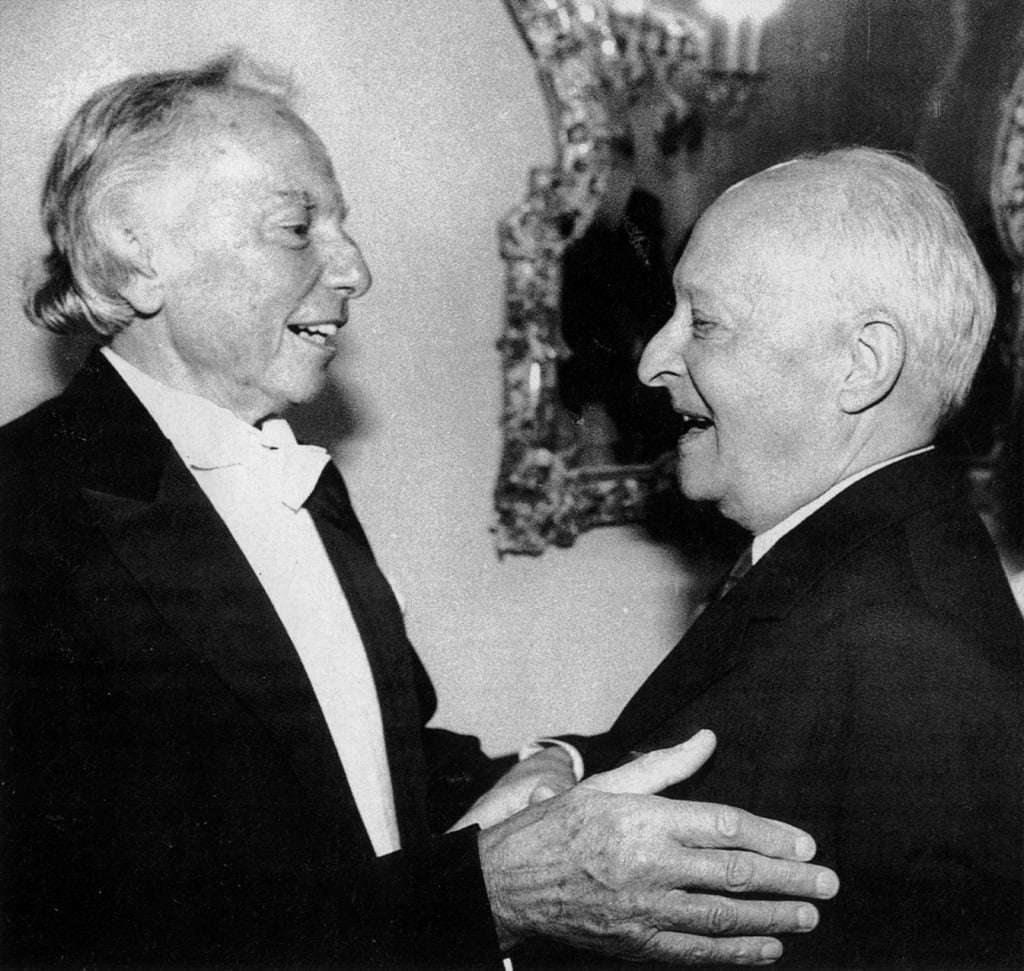 The most extensive event came in Hall One with a recital from the Brodsky Quartet (Daniel Rowland and Ian Belton, violins, Paul Cassidy, viola, and Jacqueline Thomas, cello) as part of the annual season that is promoted by the London Chamber Music Society. The programme was dominated by the three String Quartets that are among the highpoints of Panufnik’s later output. The First Quartet (1976) is the most inherently abstract – its searching ‘Prelude’ followed by an extended ‘Transformations’ whose gradually accruing momentum is climactically released in a ‘Postlude’ that brings about the visceral close. The Brodsky members had the measure of its slow-burning intensity and were scarcely less impressive in the Second String Quartet (1980). Subtitled ‘Messages’, and inspired by the composer’s childhood memories of listening to the sounds emanating from telegraph wires, it is arguably the most purposefully organised of Panufnik’s works – moving from expectant stillness, via surging energy, to clinching decisiveness with tangible inevitability. Barely half its length, String Quartet No.3 (1990) is less ambitious while no less characteristic: subtitled ‘Wycinanki’, it translates the paper-cuts familiar from Polish culture into sound – its five brief movements amounting to a breviary of quartet-playing such as made it an ideal test-piece for the 1991 London International String Quartet Competition.

Prefacing the last two of these works was the two-part Memories of My Father (2014) by Roxanna Panufnik. The first of these, ‘O Tu Andrzej’, comprises an introduction to and an arrangement of Gesualdo’s motet O Vos Omnes – its rarefied aura finding absolute contrast in the second part, ‘Greek Photostory’, with its uninhibited take on the Rebetika folk music of Greece. Opening the programme was Modlitwa (1992), a prayerful song-setting by Panufnik arranged by his daughter for string sextet; and closing it was his own arrangement, also for sextet, of the choral work Song to the Virgin Mary (1964) which brought this recital to an intensely inward close. Violist Robert Smissen and cellist Richard May joined the Brodsky musicians for the latter two pieces of a well-conceived and impressively executed recital.

The day duly concluded in Hall Two with a Polish Cabaret Evening, as fronted by Jacqui Dankworth with singer, arranger and multi-instrumentalist Charlie Wood, and the Brodsky Quartet giving stalwart support. Lothar Brühne’s insinuating Habañera was followed by an arrangement of Roxanna’s Mine Eye that more readily brought out its limpid charm. George Gershwin’s standard Lady Be Good received a stylish makeover, while the insouciance of his early Lullaby felt more so overlaid by Dankworth’s soulful rendition of Wood’s specially devised words, then A. T. Müller’s sultry tango Beloved I Will Return offered further contrast. Clare Hammond returned for Dancing with Derwid – this latter name being a pseudonym of Witold Lutosławski, five of whose wartime cabaret songs had been idiomatically arranged by Roxanna and testified to the senior composer’s versatility. The trenchancy of Panufnik’s own wartime song, Zegnaj (Goodbye), was in stark contrast to the plangent Jan Markowski’s Forgotten Song, and if the emotional impetus of Panufnik’s Love Song seemed a just little muted in this bluesy arrangement, it provided an admirable foil to a further Gershwin standard – A Foggy Day in London Town sounding even more nonchalant than usual in a dapper version that brought the main programme to its close.

Dankworth’s subtly understated vocals were complemented by Wood’s distinctive arrangements – the latter switching adroitly between piano and accordion. He then led the audience in the encore – a specially commissioned arrangement of Panufnik’s Warsaw Children, evidently an alternative national anthem in Poland and one that typifies the composer’s humanity as acutely as any of his larger or more profound works.