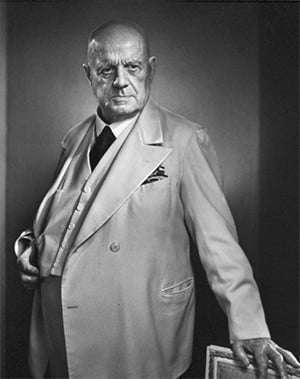 Last year’s Sibelius Festival held a concert of piano transcriptions of certain pieces of theatre incidental music. I wrote that, if I had to choose just one Sibelian idiom to listen to for one year it would be the theatre music. Hey presto, in 2013 the festival theme was music written for theatre productions so I approached the series of concerts with high hopes. I was not disappointed.

The joy of these annual Sibelius festivals in Lahti is that attendees can immerse themselves in aspects of the Sibelian muse, be it symphonic, theatre, national romantic, other orchestral, choral, chamber, songs and so on. By focusing on the range of Sibelius’s theatre output in 2013 the audience could understand the wide range of his sympathies when it came to (mainly) contemporary plays, be they from Finland or further afield. The exception was his greatest contribution to theatre music, over an hour of generally sublime pieces for The Tempest by Shakespeare, written in 1925.

The sheer number of plays he set to music allied to the quality of his inspiration points to his preference for this medium over opera, made for an interesting aspect to his creative mind that was reinforced throughout the festival. Quite why this should be so is hard to fathom. He had plenty of opportunities for opera composition but produced only one, early and an unrepresentative example, The Maiden in the Tower (1896). Incidental music, however, occupied him throughout his creative life. This is a catch-all title as it embraces music for theatre productions as well as for special occasions, such as the Music for the Press Celebrations.

Sibelius had a close association with the Swedish Theatre in Helsinki. (It should be remembered that Sibelius was born into a Swedish speaking family). 89 performances of various productions were played there, usually conducted by Sibelius. As Otto Anderson wrote in 1955, during his lecture at the Swedish Theatre on Sibelius’s 90th birthday: “It is interesting to note that for some years it was at the Swedish Theatre that Sibelius was most frequently a visible presence for Helsinki audiences.”. We heard music to King Christian II (Adolph Paul), 1898; Kuolema – Death – (Arvid Järnefelt), 1903; Pelléas et Mélisande (Maurice Maeterlinck), 1905; Belshazzar’s Feast (Hjalmar Procopé), 1906; The Tempest (William Shakespeare), 1925. This was a wide ranging sample of the genius Sibelius possessed for capturing the essential ingredients of the plays’ moods, stories and atmospheres. 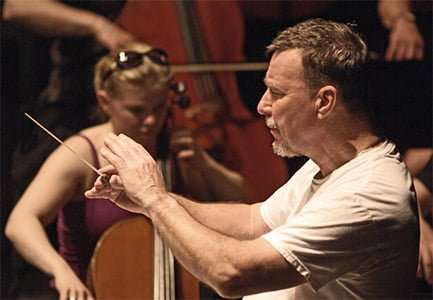 Okko Kamu led his Lahti Symphony Orchestra through each play’s music with care, attention to detail and, above all, impressive understanding for the human feelings contained in generally short miniatures. This is easier said than done because Sibelius exhibits such a wide range of exquisite sounds and melodies that it must be hard to change so suddenly from one mood to the next. Music for the theatre does not contain the confrontational aspects we hear in the big orchestral works. Instead we are seduced by warmth of feeling, charm, poetic license, and an abundance of melody. Only in The Tempest, written just before Tapiola (1926) is there music that probes intellectual depths we associate with the symphonies and tone poems. As such it is the most significant of all the works Sibelius wrote for the theatre.

Kamu adopted generally steady tempi, most effective in The Tempest’s Prelude where the ship is tossed incessantly on a mighty storm, the music giving the impression of natural forces totally beyond any mere mortal’s control. Contrast that with the almost hidden delights of Solitude from Belshazzar’s Feast, again given time to breathe the warm night air. The overall view after Kamu and his superb players had completed their performances was that Sibelius wrote theatre music of such high quality and inspiration that it is hard to think of his having any superior in this genre.

There were various fill-in works during the orchestral concerts, all unknown (even to Okko Kamu!) but each possessing a Sibelian charm and aura. The climax was a resplendent performance of the Lemminkäinen Suite, played with an intoxicating virility suited to the sexual mores of the hero. Kamu presented the four contrasting movements with utter conviction and to such an extent that the power and potency of this large scale work outshines the later First Symphony. Two more concerts were played; one at the Kalevi Aho Hall. (How proud the Finns are in acknowledging their living composers!). This comprised piano works for four hands, and incidental music transcriptions to Everyman (1916) and Scaramouche (1913). The performers were Folke Gräsbeck and Peter Lōnnqvist. The intriguing work was the 1931 tribute to Sibelius’s long-suffering wife, Aino on her 60th birthday, To My Beloved Aino. This strange, almost themeless work devised around mystical chords may have sounds similar to those captured in the contemporary Eighth Symphony, never heard and destroyed by the composer for unknown reasons some year later.

Equally intriguing but of much less interest was the transcription made by Paul Juon in 1908 of the Third Symphony. Sibelius made corrections but had the sense never to make his own transcriptions of any of his symphonies, realising that his peculiar and unique orchestral sound could not possibly be replicated on the piano.

The last concert, as always on the Sunday morning was another intriguing affair involving the harmonium in two early chamber works (1885) alongside Lilli Paasikivi, mezzo-soprano, singing seven songs, the two highlights being Come Away Death (from Shakespeare’s Twelth Night), deeply sonorous and profound and The Tryst, emoting romantic anguish par excellence. The really unusual work was from the student years (1885), Ljunga Wirginia, supposedly an opera by Walter Konow, except no text survives, with only six pieces scored for violin, cello and piano four hands. It was played as well as possible by Jaakko Kuusisto, violin, Sanna Palas Lassila, cello, Folke Gräsbeck and Peter Lōnnqvist, pianos.

I am glad I adore Sibelius’s theatre music. For those that came fresh to this side of his musical personality, no one could surely complain of a lack of commitment and assurance on the part of Kamu and his wonderful orchestra at projecting this splendid oeuvre in the best possible way. My only regret was the absence of Swanwhite, perhaps the most purely magical of all the theatre music, but then I remembered it was played last year! As to the future, plans are well afoot for 2014 (all the first versions!) and 2015 (the 150th anniversary of Sibelius’s birth) with two eminent guest orchestras joining in the fun with four wonderful Finnish maestros. Early booking of concert seats and hotel beds is recommended!