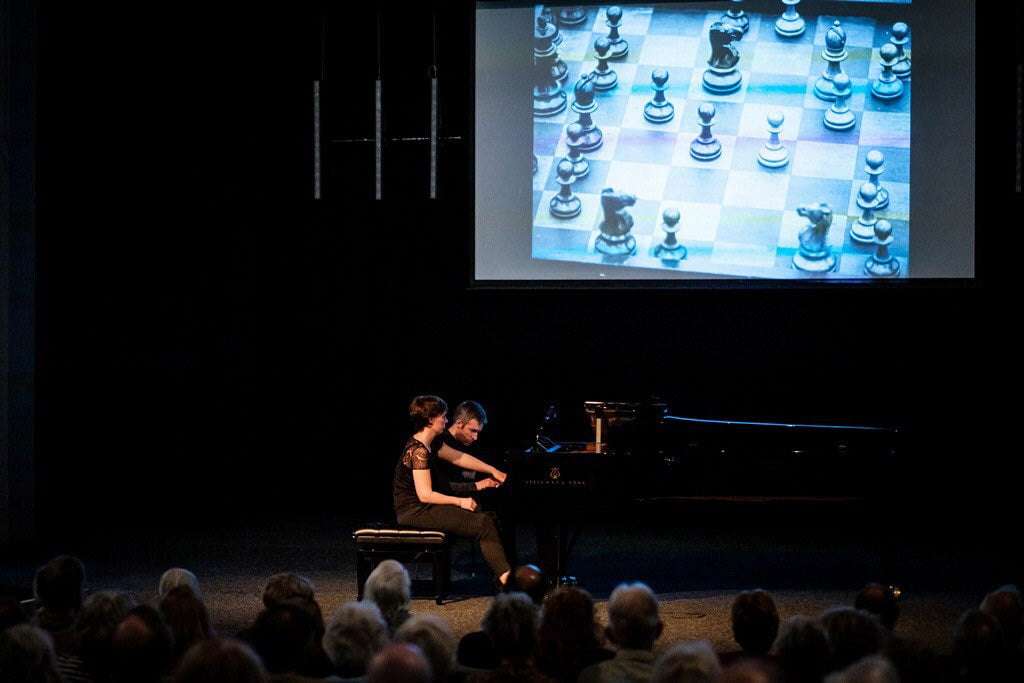 Swaledale plays host to one of England’s most northerly festivals. Turn left off the A1 near Richmond and the villages of Grinton, Gunnerside and Reeth (there’s even a Crackpot) appear through a straggle of drystone walls. But while echoes of BBCTV’s All Creatures Great and Small still resonate here, this is no cultural backwater – for two weeks Swaledale is awash with cultural events, a creative makeover courtesy of Artistic Director Malcolm Creese. Neither cutting edge nor parochial, Swaledale Festival is one of Yorkshire’s most prestigious arts organisations. This year’s invitees include the Esbjerg Ensemble, Craig Ogden, Paco Peña, Sheku Kanneh-Mason and Roderick Williams.

I caught up on May 30 at the Influence Church in Richmond for a piano-duet recital by Richard Uttley and Kate Whitley focusing on music conceived in Paris for ballet and film either side of World War One, opening with an explosive account of The Rite of Spring, a visceral and visual encounter of entangled arms and wrists as the pianists tore through the score with devastating accuracy. The concert continued with a frothy performance of Darius Milhaud’s Le Boeuf sur le toit, and while its fifteen minutes were arguably a shade too long there was no mistaking the élan of its tango inspiration. As arranged by Milhaud, Erik Satie’s music for René Clair’s 1924 silent film Entr’acte crowned the evening, not least for the intriguing John Cage-like preparations (fashioned by Uttley and Whitley out of cardboard and tin-foil) to create specific effects; and Clair’s use of surreal imagery pre-dates the zany antics of Monty Python’s Flying Circus by some fifty years.

The next evening, at St Andrew’s Church in Grinton, found Tasmin Little delivering “The Naked Violin”, a compact programme from Albéniz to Ysaÿe, and involving two question-and-answer sessions. With her 1757 Guadagnini, Little brought nobility to J. S. Bach’s ‘Chaconne’ (from the D-minor Partita, BWV 1004) and charmed with selections from the E-major example (BWV 1006), although she was more at home in Ysaÿe’s ‘Ballade’ Sonata (Opus 27/3, for George Enescu) – half-whispered intimacies and flawless rhapsodising fully realising the music’s mystery and folk-heritage. Similar qualities informed Roxanna Panufnik’s Hora Bessarabia, a test-piece for the 2016 Yehudi Menuhin Competition.

On June 1, back at the Influence Church, Lauren Zhang (BBC Young Musician of the Year 2018) impressed with her assurance, maturity and interpretative command; her focus and attention to detail is phenomenal. To Beethoven’s A-major Piano Sonata (Opus 101) she brought a well-judged tonal palette and breadth of expression, underlining the nervous energy of the second-movement’s march and forthright manner of the Finale’s fugue. She then dispatched Brahms’s fiendishly demanding Paganini Variations (Opus 35) with extraordinary composure and clarity. Following the interval there was Chopin and Ravel. The latter’s Gaspard de la nuit mesmerised: ‘Ondine’ masterly in articulation, ‘Le gibet’ utterly absorbing in its desolation, and then with ‘Scarbo’ notable for sustained dexterity. Zhang is devilishly accomplished.