Sonatas for Piano and Violin: 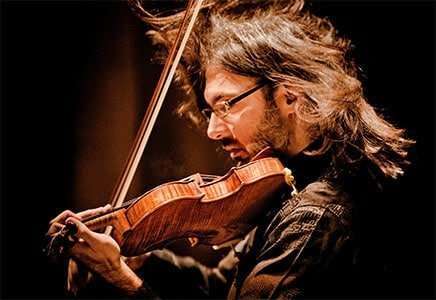 Ludwig van Beethoven is celebrated for having revolutionized the Symphony, the String Quartet, and the Piano Sonata. Less frequently given are cycles of his Sonatas for Piano and Violin, which also reflect a transformation from the Classical era into Romanticism. Carnegie Hall’s “Vienna: City of Dreams” festival included such a series, performed in Zankel Hall by Leonidas Kavakos and Enrico Pace.

All but the last of Beethoven’s Violin Sonatas were composed in a six-year span at the turn of the nineteenth-century, a crucial period in Beethoven’s development. In the three Opus 12 examples, from 1797 and 1798, though still strongly influenced by their Mozartean forerunners, Beethoven was staking out newness for the genre, rife with daring harmonic innovations and in which the two instruments are equal partners. By the time the ‘Kreutzer’ Sonata was completed in 1803 he was already at work on the ‘Eroica’ Symphony. Beethoven returned to the violin-piano genre only once more, nearly a decade later.

Kavakos and Pace divided the Sonatas into three programs on successive evenings, the first of which juxtaposed two from the Opus 12 set with two of the Opus 30, written in 1802. The second recital featured the two Sonatas that came between these collections, including the well-known ‘Spring’, and concluded with the final Sonata, written in 1812. The third recital, beginning with the first Sonata, ended with the antepenultimate work and its ‘Kreutzer’ successor, and was perhaps the best illustration of how profoundly Beethoven changed this musical form. 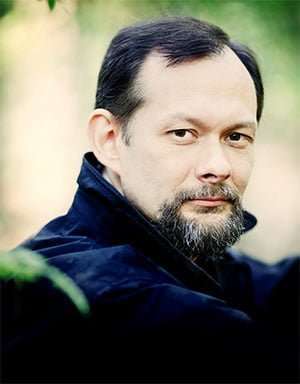 As interesting as it may be to reflect on the historical significance of these Sonatas and their part in Beethoven’s development as a composer, the recitals were first and foremost occasions for superb music-making. Kavakos and Pace were outstanding collaborators, balancing perfectly the interplay between their instruments, which generated a beautifully blended sound with only the lightest touch.

Kavakos and Pace began with the first of the Opus 30 Sonatas, emphasizing the delicacy of its opening passages before picking up in dramatic intensity later. Kavakos’s 1724 ‘Abergavenny’ Stradivarius was glorious in the contemplative Adagio, and in the concluding variation-fuelled Allegretto Pace showed off his virtuosity. This was full-blown Beethoven, with Mozart left well behind, but the two selections from Opus 12 were much closer to the point of the composer’s stylistic departure. Yet even in the witty A major, with its quirky rhythms, syncopations and rather sudden ending, Beethoven had already begun to signal what was to come, and by the E flat, the equality between the instruments was firmly established – which Kavakos and Pace amply demonstrated, especially in the bubbly finale. The C minor Sonata (from Opus 30) is much darker and more complex than its predecessor. The first of its four movements eschews the usual exposition repeat and adds an extended coda, and there is both a lengthy slow movement – in which Kavakos took to heart the marking of Adagio cantabile – and a grace-note laden scherzo, with a canonical trio. The Allegro finale returns to C minor’s shadowy precincts, explored here with great depth of feeling. The duo offered an encore: the Andantino from Schubert’s Sonata in A, D574.

The second concert began with the A minor Sonata, followed by the ‘Spring’. After traversing the rather cold landscape of the former’s opening Presto, Kavakos and Pace had much fun with the fugal passages in the Andante scherzoso, returning to a dramatic mode in the episodic and sometimes stormy Allegro molto finale. They gave the ‘Spring’ Sonata every bit of the sunny character that never fails to charm, from the flowing opening theme to the delightful subject of the last movement. In between, the expansive Adagio had an almost breathless quality, and the partners chased one another in the charming syncopated Scherzo. In Opus 96, Kavakos emphasized the contemplative nature of the Allegro, his gentle opening trill posing the question to which the remainder of the movement responds. The superb tonal quality of his violin shone through here perhaps better than at any other point in the cycle. Pace introduced the melody of the Adagio espressivo, which Kavakos gave the character of a song-without-words. In the brief ‘attached’ scherzo, the duo deftly traded sforzandos on either side of a trio in a contrasting major-key. Following the introduction of the finale’s rustic opening theme, the players brought out the contrasting character of the ensuing variations, ranging from playful to expressive to dramatic, ending with a brilliant coda.

The third recital finally got around to Beethoven’s earliest Violin Sonata. The fanfare-like opening is already suggestive of Beethoven’s distinct personality, but the work generally adheres to classical conventions, although its harmonies are not always so regular. Kavakos played it with an appropriate brightness of tone and Pace brought out the gracefulness of the piano part. The G major Sonata was given a marvelous reading. There was delightful vivacity in the Allegro assai and elegance in the extensive middle movement, a minuet that undergoes numerous changes. The joyous Allegro vivace finale (given as an encore the night before) had impulsive energy and playful wit.

The French violinist Rodolphe Kreutzer disliked Beethoven’s music and refused to perform the work of which he became the eponym. This is both ironic and surprising, since the ‘Kreutzer’ has become so often performed. In the unaccompanied opening Kavakos was more evocative of J. S. Bach than in any other performance I have heard. The duo approached the opening movement in grand style, playing with greater physicality than previously, Kavakos almost seeming to attack his instrument in pizzicato passages. He adeptly managed both the difficult passagework and the tender melodies in the extensive middle movement, and he and Pace enjoyably exchanged phrases in the galloping finale.


Mindful of this cycle being part of a festival about Vienna, it was capped with a trio of Fritz Kreisler miniatures, Caprice viennois followed by Schön Rosmarin and Libesfreud, the latter two from his collection of Old Viennese Melodies.