No orchestra is as identified with the four Brahms Symphonies as the Vienna Philharmonic, which gave the premieres of the Second and Third (both under Hans Richter). The list of conductors who have led the VPO in Brahms cycles is a compendium of the world’s greatest. Now comes Daniele Gatti, Chief Conductor designate of the Royal Concertgebouw Orchestra. 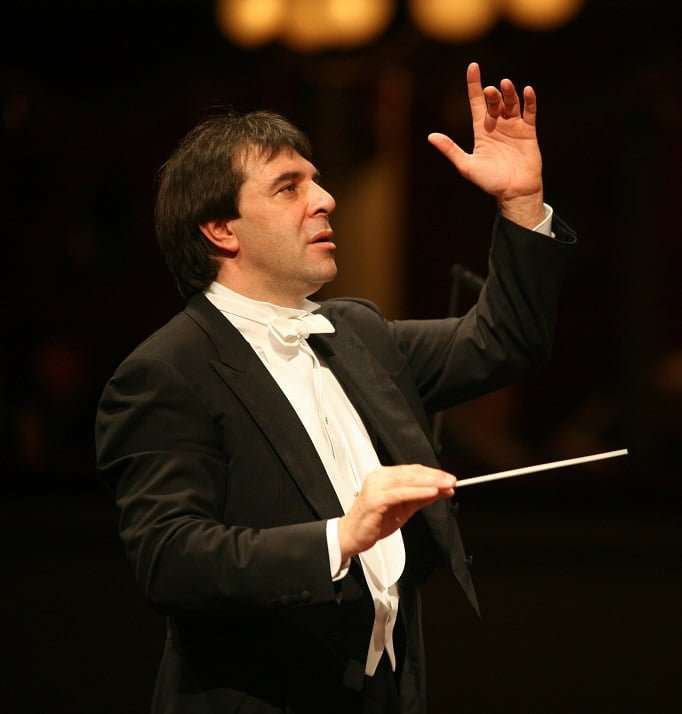 Conducting from memory throughout, Gatti attended to details judiciously, highlighting inner elements often glossed over but without highlighting them overtly. His tempos were generally traditional, yet flexible enough to allow for interesting characterizations without distorting the musical line. The VPO enhanced the Symphonies’ dramatic character with thrusting accents and dynamic (but not excessive) force, and Gatti also elicited warm, gently flowing lyricism, especially from the strings, and balances were consistently excellent. Gatti occasionally stood stark still, as if to demonstrate that the musicians needed nothing further from him.

The two middle Symphonies gained the most from Gatti’s approach. Rarely has this reviewer heard the Second performed with such visceral strength and vitality, but not overly propulsive. His cantabile treatment of the gently flowing second subject of the first movement had a whiff of Italian opera. Cellos captured the warm, bittersweet expression that opens the second movement. A gleaming third movement preceded a stirring finale, alive with spirit and riveting intensity.

Even though the Third Symphony began on the stodgy side, with its gushing romanticism rather out of character for Brahms, this account soon settled into a more idiomatic reading. The first movement seethed with passion, an emphatic first theme contrasting with a serene second, which achieved true contrast between piano and pianissimo. Gatti imbued virtually every passage with heartfelt emotion, emphasizing exquisite melodic shapes and strongly accented climaxes. The tonal purity of the woodwinds enhanced the elegant opening of the Andante, while the strings’ expressiveness generated an enchantingly bittersweet quality from the haunting third movement. After a somber beginning, the finale burst forth, only to retreat from a full-blown statement until swells led to an eruption. Tension became almost unbearable, angular knife-thrusts penetrating forcefully into the musical fabric, contrasting with gentle softer passages that shimmered with an effervescent light.

The outer Symphonies made a strong, if less pronounced, impression. In the First, some nuances intruded, such as Gatti’s tendency to cut off phrase endings abruptly (particularly in the first movement). But again his skill at molding phrases, his attention to markings in the score and his fervency combined to generate a reading of high drama and wistful serenity. Taking his cue from the finale’s Adagio opening, Gatti emphasized the grandiose character of the principal theme on its reprise.

The Fourth Symphony began in a conventional tempo, but the pace became slightly elongated, tempering its dramatic import, and the woodwinds’ interlude following the main theme took on a mysterious character. The coda virtually burned with passion. Horns sounded rather woolly to open the Andante moderato, in which Gatti gently caressed the main theme. The Scherzo sparkled with effervescence, and Gatti breathed new life into the finale. Dieter Flury radiated a glowing tone during the flute solo and come the Symphony’s and the cycle’s conclusion Gatti had all but set the VPO aflame.